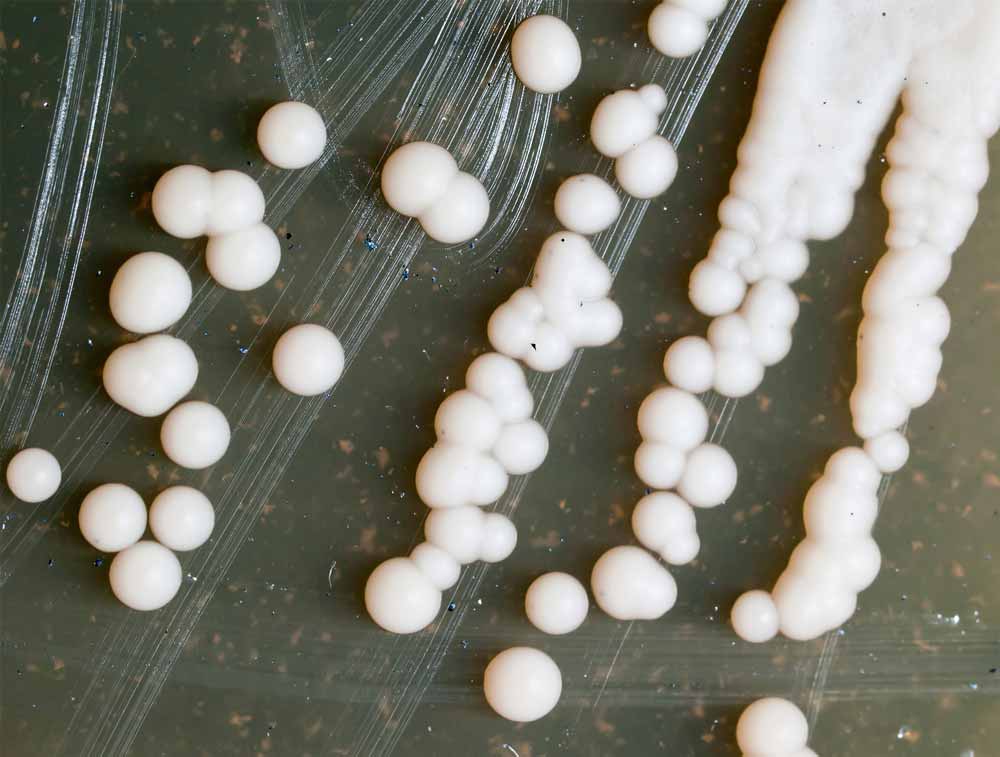 In some cases dermatologists and patients mistakenly diagnose fungal infection as acne. This can lead to problems as many acne treatments are not only ineffective against fungal infections but can also make the infection worse.

In this post I’ll tell you more about this acne-like fungal infection, how to tell it apart from acne, and what you can do about it. If you’ve been struggling with recurring acne that doesn’t respond to retinoids or antibiotics then I recommend you take a few minutes to read this post.

I got the idea to this post from an email by a reader:

The point of my email is to do with fungal infections causing acne, you have covered the alt med favourite Candida very well, however I recently read about Pityrosporum Folliculitis, I thought it matched my symptoms quite well, however the doctor said she didn’t believe that fungus could cause acne although she may have been trying to pre-empt a Candida discussion, I wondered what your opinion is on whether Non-Candida fungi can cause acne and how do they differ in treatment to compared to normal acne, it would be pretty cool to hear (well…read actually) some of your sage words on this topic

I did some reading on Malasezzia (the yeast that causes malasezzia folliculitis, which is the new name for pityrosporum folliculitis) and acne. Based on the papers I read, it seems your dermatologist was partially correct, but she may have missed something.

The evidence here is very sparse. I could only find a handful of studies and some case reports, so I wouldn’t bet my house on these conclusions. Based on what I could find, dermatologists occasionally misdiagnose Malasezzia folliculitis as acne.  This can be problematic as some of the usual acne treatments are either ineffective against folliculitis – or can even make the situation worse.

Malasezzia is yeast that lives in human skin. Like many other microorganisms it feeds primarily on the oils secreted by the skin. It’s very common, to the point where 90% of humans carry it. In the vast majority of cases it’s commensal and the immune system leaves it alone. For an unknown reason the yeast elicits an immune response in some people. This causes an inflammatory reaction in the skin and can lead to skin problems.

Malasezzia is linked to some skin problems. Malasezzia folliculitis definitely, but there’s also evidence to show it could contribute to seborrheic dermatitis, atopic dermatitis and even psoriasis. It also causes a non-inflammatory skin condition called Pityriasis versicolor, which usually shows up as light, depigmented patches on the skin.

Differences between acne and Malasezzia folliculitis

So how can you tell if you have acne or Malasezzia folliculitis? I would look at the following signs:

Acne and Malasezzia folliculitis thrive in similar environment, oily skin. Some people are unlucky to have both, which makes proper diagnosis harder.

Here are additional risk factors that, if present, indicate yeast infection as the cause:

If you find yourself checking many of the boxes from the above two lists, then talk to a dermatologists about this. If they are not overworked and demotivated, they should be able to tell the difference between acne and Malasezzia folliculitis.

Yeast infections are unlikely to respond to normal acne treatments, and antibiotics often make the situation worse. Retinoids shouldn’t make it worse, but they probably won’t help either.

Malasezzia infections should be treated with anti-fungal drugs. The papers I read noted that you should get started with an oral anti-fungal drug since the topical drugs may not penetrate deep enough to kill all the yeast. That said, you should follow it up with a topical maintenance therapy as these things tend to come back.

I found some papers that showed tea tree oil is effective in test tube. While not as effective as prescription anti-fungals, it showed promising results. Unfortunately, there are no human studies to confirm these findings. But perhaps that’s something you could try, if you insist on sticking to natural treatments.

Most tea tree oil products contain 5 to 10% tea tree oil, and this is likely to be adequate for clinical use.

Other natural treatments that have shown some effect in human studies include zinc pyrithione and selenium sulfide.

Additionally, anything that reduces sebum production is likely to be helpful, given how the yeast lives on sebum. This would include topical treatments like green tea and diet and lifestyle changes aimed at reducing insulin level.

Topical probiotics, such as yogurt mask, might help. There’s no evidence to say either way, but competitive inhibition says that the more good bacteria there are on the skin, the less room there is for pathogenic yeast.

Now to the final question in the email, can the yeast also cause acne?

Nobody has studied this, so what follows is mostly speculation.

Research on other skin conditions shows that under certain conditions the malasezzia yeast can trigger an immune response in keratinocytes (skin cells that produce keratin). Similar immune response is implicated in acne and can lead to excessive production of keratin, blocking of skin pores and ultimately acne. So it’s possible that for some people exposure to the yeast kicks off the acne formation process, but whether this happens or not is not yet known.

The fatty acids the yeast produces can disrupt the skin barrier function, which is the main pathological link to atopic dermatitis. Dysfunctional skin barrier can leave the skin vulnerable to UV radiation, air pollution and other ‘inflammatory insults’. This would also increase the risk of acne.

The yeast has been found in active pimples. Ingham et al studied 108 open comedoes from 18 untreated acne patients. They found that 66% were colonized with P. Acnes bacteria and 33% were colonized by Malasezzia yeast. Similarly, Leeming et al found that 52% of new and 68% of ‘3 days old’ pimples in the back were colonized by the yeast. It’s hard to say what to make of those results. Given how ubiquitous the yeast is, it’s possible they just happened to be there. But it’s also possible they had something to do with causing or aggravating acne.

Peyton and Weary showed that extracts of the Malasezzia yeast can be comedogenic and trigger similar accumulation of keratin in skin cells as seen in acne.

In conclusion, the role of malasezzia yeast in skin problems is controversial. It has been conclusively linked to malasezzia folliculitis, which is occasionally misdiagnosed as acne, and there is evidence to suggest it could play a role in other skin problems.