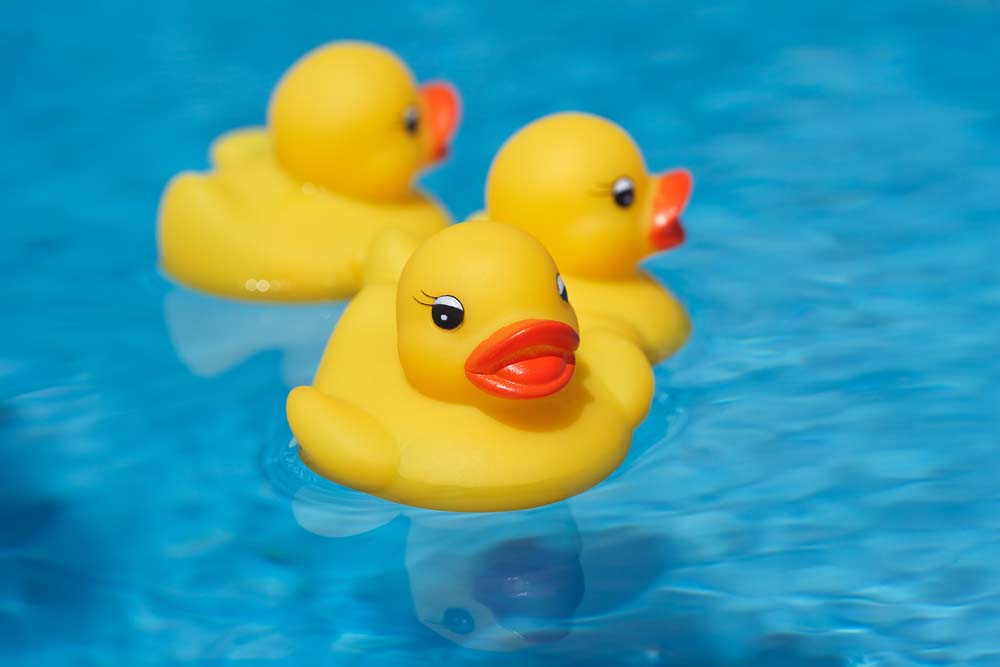 It’s no secret that I feel a certain amount of, shall we say, disdain towards alternative medicine and some other natural healing methods. Because I believed into the nonsense they promote I had to live with acne 7 years longer. That’s why I think that developing a well-functioning BS detector is one of the best things you can do for your skin. It allows you to weed out treatments unlikely to work and focus your efforts on things that work. So allow me to give you another post that helps you to develop that BS detector.

My disdain towards alt-med practitioners withstanding, I’m in favor of using diet, lifestyle, supplements and other drug-free interventions to deal with health problems. But I want to do so in a science-based and rational manner. I’m tired of wading through BS in a vain hope of finding the one nugget that actually works. As far as possible, I want to make sure that the things I do are supported by science and evidence.

And that’s my main problem with naturopaths, chiropractors, Chinese and Ayurveda ‘doctors’, crystal healers, spirit guides and magic water peddlers (a.k.a homeopaths). These modalities are for all intents and purposes immune to science and evidence. They are the unsinkable rubber ducks of medicine. It doesn’t matter how many times you shoot them (with studies conclusively showing they have no effect beyond placebo), they just refuse to go down.

Dr. David Gorski over at Science-Based Medicine puts it well.

So, yes, much of CAM [complementary and alternative medicine] is either very much more like religion than science in that CAM is immune to evidence. True, the scientific “explanations” change, and CAM practices might evolve at the edges based on evidence, but the core principles remain. You don’t see, for example, homeopaths or naturopaths deciding that homeopathy doesn’t work because science and clinical trials overwhelmingly show that it is nonsense. You don’t see chiropractors leaving chiropractic in droves because they’ve come to the realization that they can’t cure allergies, heart disease, gastrointestinal ailments, or anything else but are in reality physical therapists with delusions of grandeur. Ditto reiki, acupuncture, therapeutic touch, and “energy healing.” These practices persist despite overwhelming evidence that they do not work and are based on magical thinking, not science. All of the scientific studies and clinical trials funded by NCCAM and other CAM-friendly organizations never actually take the next step from all the negative studies of CAM and come to the conclusion that they should stop using such modalities.

Dr. Gorski’s article makes a nice contrast between alternative and science-based medicine. He makes the point that science-based medicine is far from perfect and, because of human fallacies, changes much slower than it should. But it does change. Science itself is a self-correcting process – even if the correction happens too slowly.

This is the crucial difference between science-based and alternative medicine. Science starts with what’s known as the null hypothesis, which assumes that the claim under question is untrue until demonstrated otherwise. Then scientists device an experiment to test the claim. If the experiment is successful then we reject the null hypothesis and can say the treatment might work. Of course before a treatment is established it has to survive several increasingly rigorous studies, I wrote more about the process here.

Alternative medicine, on the other hand, follows a different process, one that starts with belief and only seeks evidence that confirms that belief (a common fallacy in humans). Skeptics like to say they use science like a drunk uses a light post: for support instead of illumination.

Let’s take food allergy testing as an example, a field rife with quackery. Naturopaths, chiropractors and other alt-med practitioners often claim your health problems are caused by food sensitivities and that they can diagnose those for you. They have all manner of tools at their disposal, including vega test, muscle testing, meridian analysis and IgE-based blood tests. By and large the practitioners offering these services aren’t interested in understanding whether the tests they offer can do what they claim (they can’t).

In fact, they are quite apt at ignoring studies that show the tests don’t and can’t work. Usually these studies are shrugged off with statements like “well, my patients are getting better and that’s what really matters.”

On the face of it, that’s a reasonable argument. But the problem is these practitioners don’t really know what caused the improvement. Was it because of removing food allergens? Was it because of overall improvement in diet quality? Was it just a placebo effect of attention from a doctor? Was it that the patient wants to please the doctor and reports an improvement (one doesn’t want to feel like there’s something wrong with him/her if the treatment fails)? Humans also have an unfortunate tendency of counting the hits and forgetting the misses, thus giving the illusion that the treatment works.

The entire scientific method was created to counter these human biases. That’s why being immune to scientific evidence is so dangerous. You end up being driven by bias and beliefs instead of evidence and reason.

This is why I’m against the notion of undiagnosed Candida epidemic, liver flushing, acid-alkaline theory of disease and countless other ‘alt-med exclusive’ diseases and treatments. These are not methods born out of scientific testing and evidence. The Candida syndrome was invented by Dr. Crook, liver flush by Andreas Moritz (as far as I know), and Dr. Young (I presume) invented the notion that all dis-ease is caused by excess acid. Instead of subjecting these things to scientific evaluation they just started promoting these diseases and theories. Driven by testimonials the ideas became popular and other practitioners started running with them and in the end they became established as ‘truths’ (by sheer popularity). Whether the claims are true or not never enters the picture.

You just have to look at homeopathy. It’s massively popular and it’s massively stupid. I mean stupid like it takes stupid to the whole new level. Just see this video where James Randi explains homeopathy.

This creates an interesting dilemma to naturopaths. How can you claim to be driven by science and practice homeopathy at the same time? Science has shown over and over that homeopathy has no effect beyond placebo and yet it remains part of their education and practice. And these are the same people who want to diagnose you with Candida, adrenal fatigue and remedy you with coffee enemas, liver flushes and vitamin megadoses. I hope see why I have absolutely zero faith in them. And why, if naturopath tells me the sky is blue, I would still verify it myself.

Of course there are exceptions. There are natural practitioners who do good science, but I would hazard a guess that they are the minority.

Why does any of this matter?

If you are anything like I was about 5 years back, you are probably less than satisfied with dermatologists and doctors. Your acne refuses to go away no matter how many times you visit them. That dissatisfaction is like a gateway drug to the ‘dark side’ of reason.

The alt-med industry is very good at cultivating that seed of dissatisfaction and replacing reason with nonsense. I know what happened to me. That dissatisfaction led me down a dark rabbit hole. I ended up spending 7 years of my life chasing alternative and natural remedies for acne. Yes, my skin got better because of some of the treatments, but it was never nearly as good as it’s now. That’s 7 extra years I had to live with acne because I allowed alt-med proponents to fill my head with nonsense.

Admittedly I learned a lot (the vast majority of which was wrong) and my diet improved, but had I followed evidence and reason I would have gotten clear much faster.

I think Michael Shermer’s words at one of his Scientific American columns provide a fitting ending for this rant.

I conclude that I’m a skeptic not because I do not want to believe but because I want to know. I believe that the truth is out there. But how can we tell the difference between what we would like to be true and what is actually true? The answer is science.

I also know there are many natural and drug-free treatments that work in acne. In fact, I believe that diet, lifestyle and natural supplements and skincare work better than most prescription drugs. But unless we follow evidence, reason and logic we’ll never find those, and we are doomed at living in a dark place that the light of reason can’t reach.

30 thoughts on “The Unsinkable Rubber Duck Of Alternative Medicine”