Blog » Cause » The Gut-Skin Axis 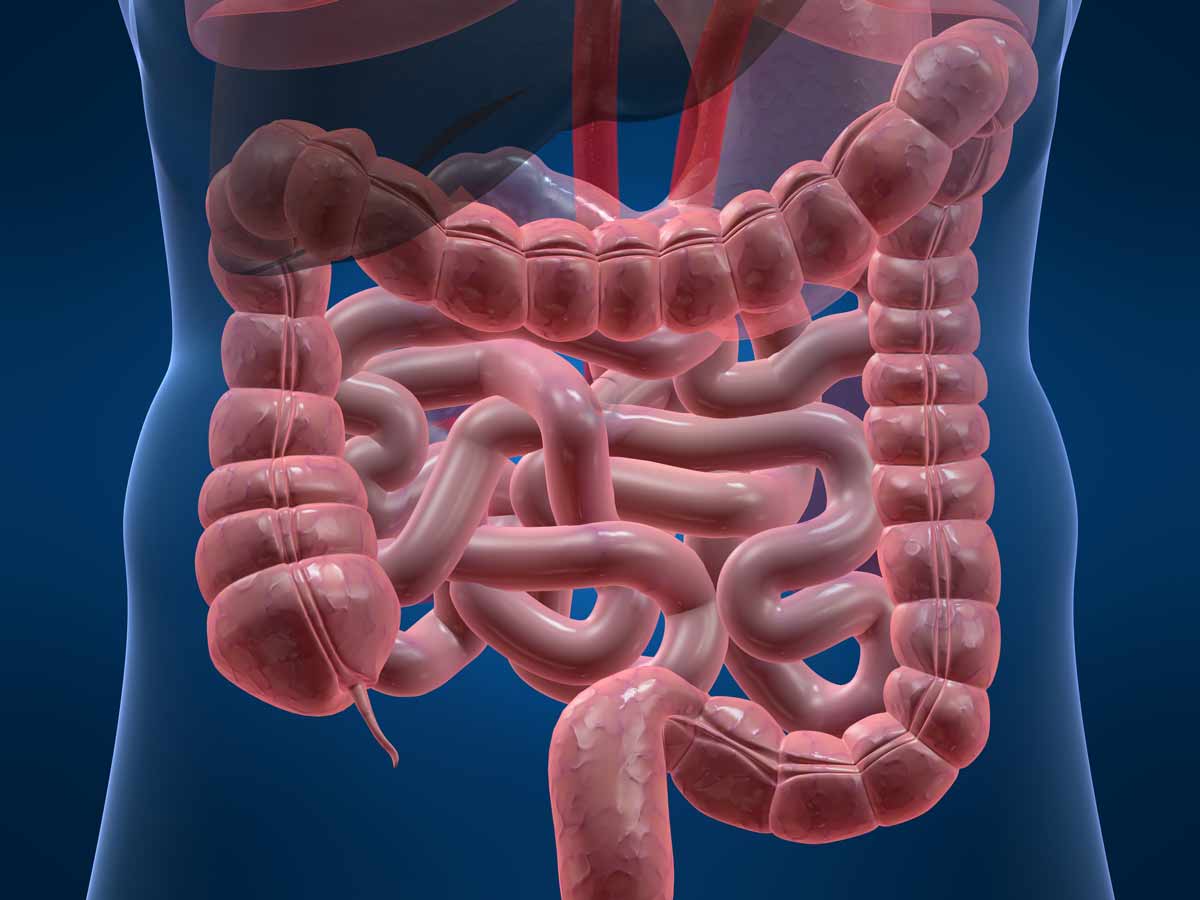 One cause of acne is about as far away from the skin as we can get: in the gut. There’s good reason to believe that the health of your skin depends on what happens in your gut.

We know from research that gut issues are more prevalent in people with skin conditions. And the same studies show that if you treat those gut issues you can expect your skin to clear faster.

On this post I want to talk about this hidden cause of acne – hidden because in most cases these gut issues don’t cause any noticeable symptoms. And hopefully make acne just a little bit less mysterious and arm you with another weapon against acne.

Gut issues can mean many things. So let’s first understand the problem.

Broadly speaking there are two types of bacteria living in the digestive system: the so-called good bacteria (probiotics) and the so-called bad guys. In pure numbers there are more bacteria in your gut than there are cells in your body. And when things are in balance these little guys are absolutely essential to your health. For example, they digest certain foods and manufacture vitamins for you to use.

But this can turn into a real problem if the bad guys take over, for example as a result of too much stress, bad diet or excessive antibiotic usage. This is a condition known as gut dysbiosis or small intestinal bacterial overgrowth (SIBO). The harmful bacteria can interfere with digestion and produce toxins.

Normally the gut wall keeps these things out of your body. Despite being just a few cells thick it’s a very effective barrier; nutrients can enter the body but keeps toxins and other harmful stuff out. SIBO can change this.

The harmful bacteria produce corrosive substances that attack the gut wall. After a while tiny, tiny cracks appear, and though these cracks molecules that normally would be kept out can enter the body. This is known as leaky gut syndrome or intestinal permeability.

The substances that can leak into the body include:

This is not without consequences:

Pinning down these gut issues is difficult because the vast majority of people never experience any overt symptoms. And what minor symptoms they may experience are often disregarded as just normal rumblings from the tummy. That’s why many acne patients never suspect gut as the origin of their skin problems.

This is not just theoretical speculation. Several studies have demonstrated a link between acne and gut issues. For example:

I could show you some other studies also, but I don’t want to turn this into a complete medical review of the topic.

And if we compare acne patients to people with clear skin

I have to insert a disclaimer here before people jump into conclusions. Science is messy and studies often contradict each other. So while the studies all seem to indicate a link between acne and gut issues, it’s not enough to draw rock –solid conclusions. But we can say there’s more than enough reason to suspect gut issues play a role in acne formation.

Here are some things that can contribute to gut problems:

How to treat gut problems

Unfortunately we don’t have enough research to come up with clear treatment guidelines, and the Internet is full of contradicting advice. Still, here are some common sense things that should help:

We now have good reason to suspect gut issues contribute to acne (and other skin problems). 1) Gut problems are much more prevalent among acne sufferers, and 2) treating gut issues usually also helps the skin. This is not a universal One True Cause for acne, but rather one more avenue to explore in your fight against acne.

For treatment the best options are avoiding excessive antibiotic usage and taking probiotics either in the form of fermented food or supplements. Stress management and overall healthy diet should also help.

20 thoughts on “The Gut-Skin Axis”