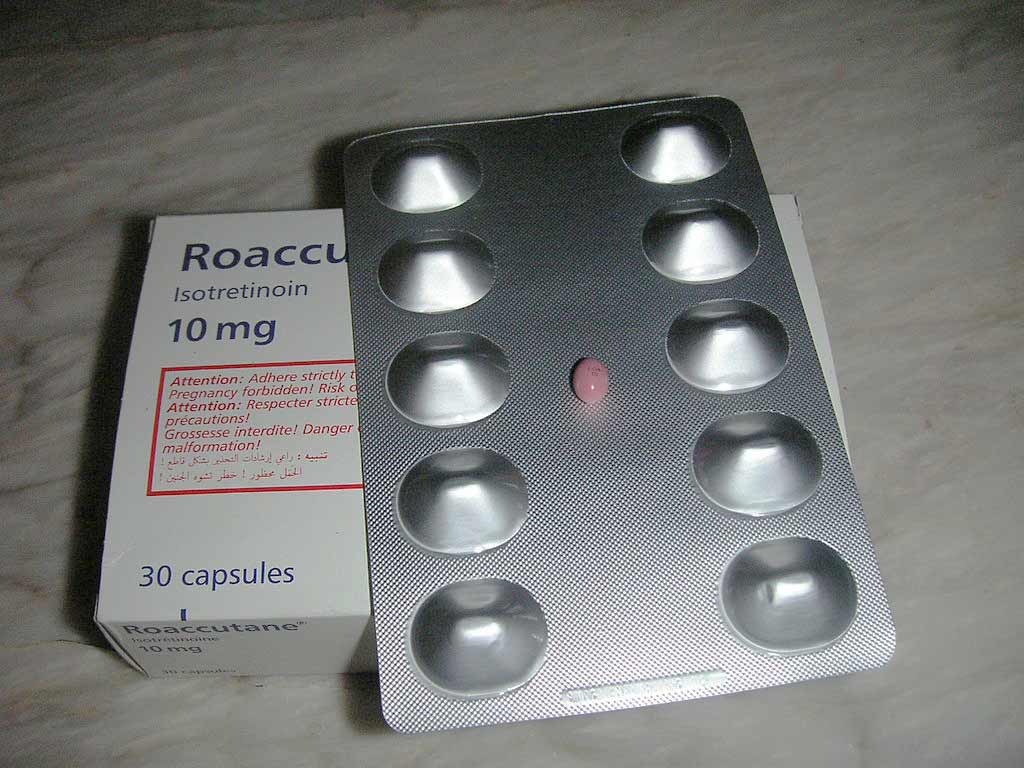 In earlier posts I have talked about inflammation and the role it plays on acne. And as I’ve been reading research to update my book the role of inflammation in acne has become even more obvious. Local inflammation at the skin stimulates both sebocytes and keratinocytes. Sebocytes are the cells that produce sebum, while keratinocytes are the cells that produce keratin, the tough protein that binds cells together. Both sebum and keratin are elevated in acne patients, and this creates the ideal conditions for blocked pores. Many researchers now believe that inflammatory damage to sebum is what really triggers the acne formation process.

Two-way connection is also possible, and probably even likely. Acne-prone skin produces about 3 times more sebum than normal skin. This means it needs at least 3 times more antioxidant protection. So it’s possible that the skin just burns so many antioxidants that it depletes the body’s antioxidant reserves. And if something adds to the systemic inflammatory burden, such as gut issues, then even fewer antioxidants reach the skin, and this can aggravate acne.

So now that we are done with this little primer we can get back to this study, and why it’s results seem so weird. From other studies we know that Accutane treatment reduces sebum production and inflammation levels, and has many other beneficial effects for the skin. By all accounts this should reduce the inflammatory burden on the body.

So the mind boggles to find out that Accutane actually increases systemic inflammation levels. Well, boggles is a strong word, and a game I really suck in. Perhaps Accutane just has some other systemic effects. This study hints of liver damage, something that has been known for some time. Perhaps Accutane has some effect on the liver antioxidant enzyme production.

It’s hard to say what to make of this study. It’s just a pilot study and thus not very conclusive. It also doesn’t say anything about how long these effects persist. It seems the levels were measured shortly after the treatment in this study. Other studies show that severe abnormalities in liver function following Accutane treatment usually reverse over time. So it’s not my point to scare anyway away from Accutane, there’s already more than enough of that in the web.

Anyway, given the prominent role of inflammation in acne (and countless other chronic health problems), I would be careful with anything that causes more systemic inflammation. It may set the stage for later acne breakouts.