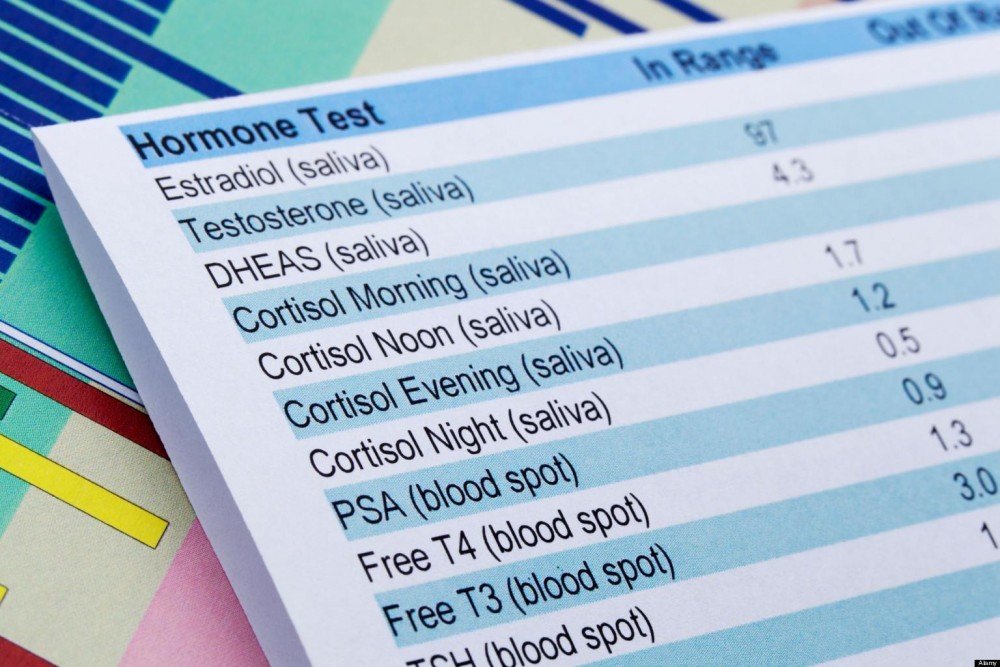 Recently published study shows over 50% of women with adult acne have hormonal abnormalities. Brazilian researchers measured androgen (male sex hormone) levels of 835 over 15-year old women with acne. They found that 54.56% had hyperandrogenism (higher than normal androgen level). The hormones most commonly elevated were dehydroepiandrosterone sulfate (DHEAS) and dehydroepiandrosterone (DHEA).

OK, it’s not exactly big news that adult acne is hormonal. For 20 years studies have shown a connection between androgen hormones and acne. That study just served as a handy prelude to the real reason for this post: to remind you that there’s a lot more you can do about hormonal acne than you may realize.

Little bit of theory before we get to the meat of the post. While acne is usually linked to androgen hormones, you should focus your efforts on insulin. Insulin is the cornerstone hormone in acne. Not only it stimulates sebum production on your skin directly, but high insulin level also sets off a cascading hormonal reaction that increases DHEA secretion. As if that weren’t bad enough, high insulin level also makes your skin more sensitive to the now more abundant androgens.

That’s why reducing insulin is the key (well, one of the keys) to beating hormonal acne. A study from last year shows a simple way to do this.

Another very recent study shows that timing your meals properly can have a big impact on hormone levels. Israeli researchers divided 60 lean women with PCOS (a condition with high androgens and insulin levels) into two groups: breakfast and dinner. For the next 90 days the two groups were asked to have their meals as follows:

So there was no difference in the overall caloric intake between the groups. The results were pretty impressive. After 90 days, the breakfast group had:

Pretty impressive, considering that the dinner group showed no changes.

Why does this happen? I can’t say for sure, but from reading other studies it seems circadian rhythms affect insulin sensitivity. A 2012 study showed that insulin sensitivity was about 40% higher after breakfast than after lunch or dinner, with no difference between the latter two meals. Other studies have shown blood sugar and insulin levels are higher after meals eaten later the day. People working on night-shifts also have higher risk of metabolic syndrome and other blood sugar-related problems.

So it looks like there is some truth to the saying that breakfast is the most important meal of the day.

The clear take-way from these studies is to eat most of your calories early in the day and only take light meals in the evening.