Blog » Diet » Soy And Acne: Looking At The Evidence 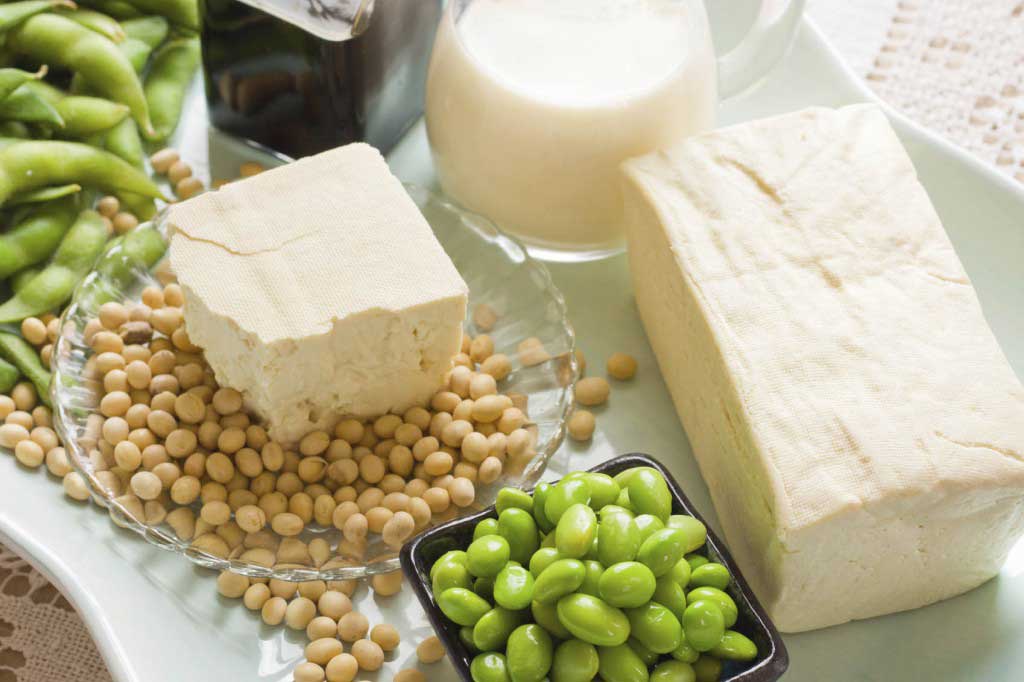 Soy And Acne: Looking At The Evidence

Soy And Acne: Looking At The Evidence

A lot has been written about the dangers of soy. In acne forums people strongly advice cutting it out of your diet because of its acne causing effect. But what does the evidence say? Is there a good reason to believe soy causes acne or other health problems?

Leading the charge against soy is Weston A. Price foundation with a cornucopia of soy fear mongering. Chris Kresser continues by labeling soy as toxic food and implying that eating it makes men sterile.

All of that looks scary enough to put most people off soy. While the arguments against soy sound ‘sciency’ they are actually based on really poor evidence. Mostly on preliminary and animal studies and the occasional outlier result. What you don’t hear about are the good quality and informative human studies showing the real picture of soy.

In this post we’ll take a level-headed look at the evidence for and against soy. And in the end try to understand the effect soy has on acne.

Can soy cause acne?

The easiest way to answer whether soy causes acne is to look at relevant studies. Unfortunately we have none. Well, there’s this one study that reported less acne is group that ate more soy, but it’s better relegated to tooth fairy science than taken as real evidence.

Looking at anecdotal evidence (forum posts and other user reports) is a good way to get confused. Some say soy caused their acne. Some say their skin got better when they started eating more soy.

We have really no direct evidence to say either way. So we have to look at what we know about soy and from that infer how it affects acne. Far from perfect, but that’s all we can do at this point.

The possible ways soy could cause acne include:

Can soy cause acne summary

There’s reasonable evidence to suspect soy can cause hormonal disturbances in women and that could worsen acne for some women. Soy allergies are another potential cause of acne. Soy allergies, however, are fairly rare.

On balance there are many ways soy can help with acne. It stabilizes blood sugar levels and reduces insulin resistance. And its antioxidant potential rivals that of fruits.

Now, let’s look at the above points in more detail.

Much has been made of the isoflavones in soy. They are called as plant estrogens because some studies suggest they may have an estrogen-like effect in the body. Some people say these hormonal effects are the reason soy causes acne.

Soy can cause hormonal disturbances in women

In women there’s a delicate balancing act between female and male hormones. Excess of either can cause health problems. Women with acne often have slightly too much male sex hormones (androgens) in relation to female sex hormones (estrogens).

Phytoestrogens can also lower the amount of estrogens the body produces. Estrogens are actually made from androgens. The body uses an enzyme called aromatase to convert androgens into estrogens. Phytoestrogens can block that conversion. This of course leads to situation where you have too much androgens and too little estrogens – the very imbalance that causes hormonal-type acne. Some studies show 20 to 30% reduction in estrogen levels after a month on phytoestrogen-rich diet.

This alone should give a pause to any woman with acne. Such a reduction could easily lead to acne for women prone to hormonal acne. That’s why it’s a good idea to treat phytoestrogens as a potential suspect and see if eliminating them helps your skin.

Similarly the effect of soy on male sex hormones is weak to non-existent. Some studies did show a minor reduction in DHT and free testosterone levels, which would be good for acne. But these results could just show statistical ‘noise’ rather than any real effect.

Effect of soy on mineral balance

This is actually one of the legitimate concerns. Soy, like most legumes and grains, contain phytates that bind to minerals in the digestive track and prevents them from being absorbed. Studies often show a dose-dependent relationship, i.e. the more phytate in the mix the less minerals are being absorbed.

I’ll focus on zinc here because it’s the most relevant mineral for acne patients. Also, new studies show that iron and calcium abruption from soy products is similar to that of animal foods.

This is a potential concern for acne patients. A few studies have shown positive effects on acne from zinc supplementation. If soy reduces zinc absorption it can potentially affect acne. The situation is made worse by the fact that animal foods are often the richest sources of zinc. So replacing animal protein with soy protein can do double damage: lower overall zinc intake and reduce its absorption.

In a context of otherwise balanced diet this shouldn’t be a problem. One study looked at the effect of 2 to 3 portions of soy foods per day on mineral status in women. The participants were divided to two groups: soy food and animal food. After 10 weeks there was no difference in iron or zinc levels between the groups.

Soy-based minerals may have lower bioavailability than minerals from animal sources. This is partly offset by the fact that soy (and legumes in general) is a rich source of many minerals. There’s no good evidence that even daily consumption of soy would be a problem in the context of otherwise healthy and balanced diet. It may be a problem, if soy and legumes make up a significant portion of your diet and you don’t eat any animal foods.

Soy can be allergic

The most common food allergens in the United States include egg, milk, peanut, tree nuts, wheat, crustacean shellfish, and soy. Best estimates put the prevalence of soy allergy in general population to less than 1%.

Food allergies are known triggers for atopic dermatitis and eczema. It’s possible that allergic reactions to food increase systemic inflammation in the body and possibly even damage the skin barrier function. So we have a reason to believe they can also trigger acne in acne-prone people.

Allergic or sensitive reaction to soy is the most plausible explanation for how soy can cause acne.

The majority of soy is now genetically manipulated, and some people suggest GM soy causes more allergic reactions than non-GM soy. This doesn’t appear to be the case. Studies show that there’s no difference in the type and prevalence of allergic reactions triggered by GM and wild varieties of soy.

Does GM pose other problems? Perhaps. Perhaps not. We have to wait for the evidence, and in case it’s not the subject of this post.

Most soy-acne discussions focus on the detrimental effects of soy. Few people ever bother the mention how soy products could be beneficial. Here are a few good reasons to suspect eating soy is good for the skin:

Other accusations against soy

Weston A. Price Foundation has launched a full-scale gish gallop attack against soy. I’m not going to deal with all the points they raised in this post. Because 1) they are not relevant to acne, and 2) avoid turning this post into full length book. Suffice to say their attack is based more on ideaology than science and evidence. Accusations are based on preliminary and animal studies, and they conveniently ignore better quality human studies that counter their claims.

The Journal of Nutrition published an easy to read and level-headed review of the evidence. Here’s what the author concluded.

Finally, other than allergic reactions, there is almost no credible evidence to suggest traditional soyfoods exert clinically relevant adverse effects in healthy individuals when consumed in amounts consistent with Asian intake.

Soy is accused of many crimes, most of which it is innocent.

There is reasonably good evidence to show soy can worsen hormonal disturbances linked to female adult acne. Studies show that eating foods with phytoestrogens can reduce the amount of estrogens in the body, and this could easily cause or aggravate acne in some women. Women should treat soy as a suspect food.

Soy allergies are fairly common, and food allergies can cause skin problems. Soy allergy/sensitivity is probably the reason it causes acne for some people.

On balance, soy has effects that are good for acne. Because of its nutritional profile, it can stabilize blood sugar levels and reduce insulin resistance. Furthermore soy is strongly antioxidant, its antioxidant capacity comparable to fruits praised for their antioxidant effects.

In the end, soy is just food, and we should treat it like one without ascribing overtly positive or negative qualities to it.

NOTE: Many of my comments below are out of date and incorrect. I learned about phytoestrogens causing female hormonal imbalances about 1.5 years after writing the original post and that part was added later. Most of my comments were written before that.

37 thoughts on “Soy And Acne: Looking At The Evidence”