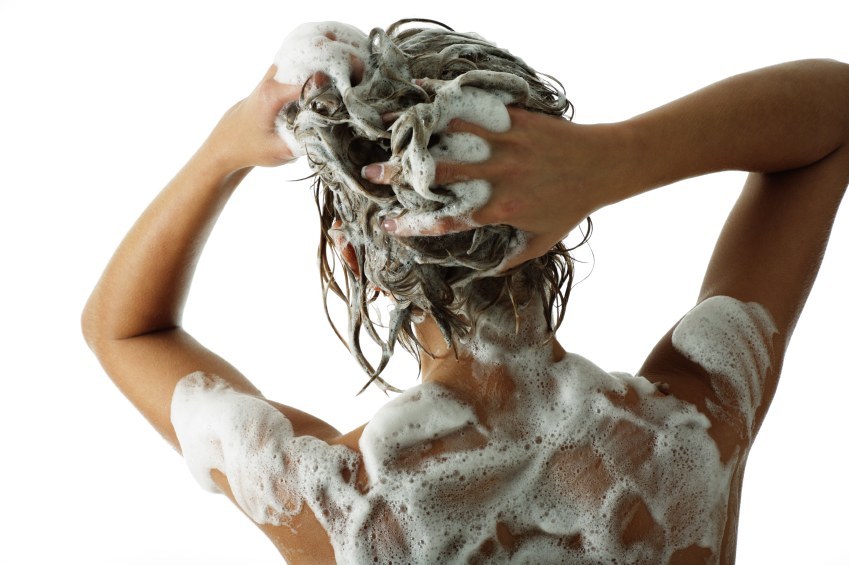 I’ve been suffering from persistent and severe scalp acne for ages. I got it when Accutane transferred by back acne to my scalp (improvement, of sorts). I’ve been battling with it even since. It reacts to diet and gets better when I practice what I preach. But my scalp has always been more sensitive than my face to dietary slips. It breaks out easily even after a rather minor dietary slip, whereas my facial skin can take more ‘dietary abuse’.

Now, I think, I finally found out the problem.

Google those names and you’ll find some truly outlandish claims about their dangers. One could easily think most countries are ruled by heartless dictators that want to see us suffer.

Such outlandish claims withstanding, these chemicals can cause problems to some people.

What sodium lauryl sulfate does?

Pick up any personal care product from supermarket shelves and most likely you’ll find SLS in the ingredient list. That’s because SLS is a foaming agent. It creates that nice and rich foam we expect from our soaps and shampoos. It’s also a detergent, and thus strips away hard-to-get-rid of fats. Manufacturers also like the fact that it’s dirt-cheap.

SLS is a known skin irritant

All detergents irritate the skin to some degree. That’s because they don’t distinguish between the grease in your garage floor and the protective fatty-acids in your skin. It strips away all fats.

That’s why it’s used as a primary skin irritant in medical trials. The researchers apply SLS to the skin and that usually produces a rash. Then they apply the product itself (usually intended to heal the skin) to the rash and see what happens.

Before you jump to conclusion, I must point out that in in those test SLS is applied to the skin for extended periods, ranging from 20 minutes to 24 hours. But when you wash your hair SLS is in contact with your skin for usually less than a minute. That makes a huge difference, and that’s why SLS usually doesn’t cause any problems in normal use.

The keyword in the previous sentence is ‘usually’. Because there are cases (me included) where SLS causes skin irritation, or contact allergy. Some people get mouth ulcers from SLS in toothpaste. I probably get scalp acne.

It’s possible that my skin is just extra sensitive to SLS, and that’s why it causes problems for me. Or it can be the result of cumulative irritation.

As I browsed the studies of sodium lauryl sulfate I found a few trials about the cumulative effect of irritants. These studies show that the effect of irritants compounds. So together they can cause an effect where individually none would. So maybe SLS is just the proverbial last straw that breaks the camel’s back.

How SLS can cause acne and skin irritation

Because it’s a detergent SLS can damage the protective acid mantle on the skin. Acid mantle is a layer of fatty-acids that protects the skin from bacteria and other unwelcome substances. This is the reason why you should never wash acne-prone areas of the skin with soap.

When the skin barrier function is compromised bacteria easily take up residence in your skin. It also leads to excess moisture loss. And in the end your skin becomes more sensitive and acne-prone.

As a pure coincidence my friend bought me a bottle of herbal shampoo. As I browsed the ingredient list I noticed it didn’t have SLS. I’ve been using it for about 2 weeks. The results look good so far. My scalp is far less irritated and the existing pimples have mostly healed. It’s too early to say anything definite yet, but the initial results are very promising.

SLS and SLES are known skin irritants. In normal use they are considered very mild irritants and pose no problems for the majority of people. This is abundantly clear from the fact that millions of people are exposed to them daily without any negative side-effects.

However they can add to the cumulative irritation your skin faces. And this can cause problems for some people.

So if you suffer from persistent acne in areas that regularly come in contact with SLS, you now have one more avenue to explore.

Looks like I was wrong. Later experimentation showed that it’s unlikely that SLS had anything to do with my scalp acne. Sometime ago I started suspecting my scalp acne is not really acne but seborrheic dermatitis. After some research I decided to try a shampoo with zinc, since studies have shown it can be helpful. The first shampoo I tried was a big brand name shampoo from supermarket, and it had SLS. I noticed that my scalp actually got better while using it. Later on I tested a zinc shampoo without SLS, and got the same results as with the brand name shampoo. So it’s unlikely SLS had a negative effect on my skin, or if it did, it’s too small for me to notice. Further observation shows that my scalp health is closely linked to my gut health. When I eat something that gives me gut problems, I can usually expect a breakout in my scalp, occasionally on the face too, a day or two later.

This just shows how notoriously difficult it is to determine which substances or foods affect your skin and which don’t. Acne, to some degree, comes and goes on its own, and these ‘natural cycles’  make it hard to reliably observe your skin. You need to be really careful so that you don’t fool yourself and end up making your life miserable by putting too many restrictions.

Also, it’s important to challenge your observations. Do you think that food X causes you acne? Then eat it and see what happens, several times. If you consistently see that your acne gets worse after eating food X, then you can be fairly certain it indeed affects your acne. But don’t jump to the conclusion based on one or two observations.