Blog » Quackery » Readers Question: What Sort Of Doctor To Visit? 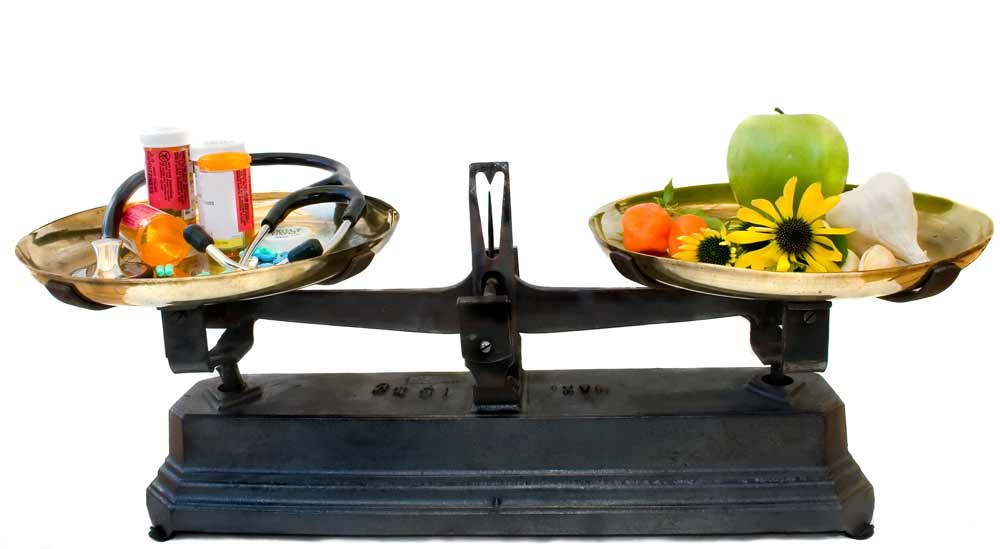 Readers Question: What Sort Of Doctor To Visit?

Readers Question: What Sort Of Doctor To Visit?

It’s been a while since I’ve posted reader questions. Fortunately, yesterday brought in a perfect email for another reader questions post. Here’s a snippet from the email:

My question is what kind of doctor should I see in order to figure out what is making my skin react this way? I have seen commenters say that they saw a doctor who tested them for several allergies and finally found that they were gluten or dairy intolerant. What sort of doctor would be able to do this type of testing on me? It is a homeopathic doctor, Naturopathic or Osteopathic doctor? I’m very confused about these different doctors and their function. Would any of them be able to tell me anything? Your help would be greatly appreciated. Thank you!!

There are two questions in this email:

I’ll briefly cover the food allergy bit first and then we can talk about different kinds of doctors.

Gluten is a common boogieman in the natural health field, and hence alt-med practitioners ‘diagnose’ most of their patients as gluten sensitive. It’s true that gluten causes problems for some people, so by pure coincidence some of those gluten sensitivity diagnoses are correct. The real problem is that the tests most alt-med practitioners use are no more accurate than coin flips (more on this later).

My advice is not to worry too much about food allergies. They may cause acne for some people, but those people are a very small minority. I do recommend that you eliminate (at least for a few weeks to see if it helps) the most common trigger foods, like gluten and dairy, but that’s as far as most people need to go.

Chasing food allergies can lead you down an endless rabbit hole, and you can easily end up wasting tons of time and money for nothing.

What kind of doctor should you consult?

Getting over acne can be a frustratingly complicated adventure, and sometimes it would be nice if you could turn to someone for help. So what kind of doctor should you visit? Dermatologists? Naturopath? Chiropractor? Homeopath? Traditional Chinese Medicine doctor? Acupuncturist?

Unfortunately, you are often better visiting no one. Let me explain.

Chances are you’ve already visited dermatologists for many times, and probably with less than stellar results. If the dermatologist profession would do their job properly, I wouldn’t hesitate to recommend visiting them. Alas, this is rarely the case.

Dermatologists are rarely up to date with latest research on acne. Based on what I hear and read, most dermatologists still cling to the outdated notion that diet doesn’t affect acne. Or even if they don’t, very few actually give dietary advice to their patients. Mostly they just hand you a prescription and are only too eager to see you out of their office.

Unfortunately, the other doctors are even worse.

I’ll bundle all the natural and alternative practitioners together because, while they may ‘prescribe’ different therapies, they are all more or less equally useless.

Before we get to talking why I think most alt-med practitioners are useless, let me just address some common objections. These practitioners don’t like it when doctors and scientists don’t take them seriously or outright dismiss them. This, according to alt-med people, is usually for three reasons.

Lack of evidence because science isn’t interested in studying alternative and natural remedies (allegedly there’s no money in them – except that Americans spent $34 Billion on complementary and alternative medicine in 2007, and I’m sure that figure has gone up since, so there is plenty of money in alternative stuff).

And science does study alternative and natural stuff. All the time. Just look at the posts in this blog, the vast majority of them deal with natural remedies and most of my posts reference several studies. Then there’s the National Center for Complementary and Alternative Medicine that directly funds research into all sorts of alternative treatments. Their budget in 2012 was $128 Million, a hefty sum that’s enough to fund plenty of studies. And since 2011 Australian government has provided $75 million for research on alternative therapies.

So that claim is just outright false.

Close mindedness, i.e. scientists are materialists and reductionists who just don’t understand these holistic, higher-order treatments. I’m sure this is true for some doctors and scientists, but as we talked above, almost every imaginable alt-med modality has been studied scientifically, even something as ridiculous as Bach Flower Remedies (not surprisingly, all the controlled studies showed it doesn’t work).

Speaking on my own behalf, I used to believe in all sorts of alternative and natural treatments just a few years back. Until I just couldn’t ignore the mountain of evidence showing they don’t work.

The definition of close minded is “Intolerant of the beliefs and opinions of others; stubbornly unreceptive to new ideas”, from the Free Dictionary. Most alt-med practitioners know science doesn’t support their claims, skeptics have repeatedly shown to them that science not only doesn’t support their claims but outright refutes them. Yet, they ignore all the contradictory evidence and keep pushing the same nostrums and woo. Who, let me ask you, is close minded?

This is what I hate most about alt-med. Absolute refusal to take in new information and change. They know their woo works and anyone who says otherwise is just ignorant.

Ahhh.. then there’s the pharma shill gambit. When all else fails, claim that everyone who says your woo doesn’t work is paid by the Big Pharma to suppress these “time-honored healing methods”. Because, were the public to learn about them, it would completely destroy the pharmaceutical monopoly on health. Or some other such nonsense.

My first question is ‘where do I sign up?’ Since this blog makes hardly any money, me wants some of that filthy lucre also. Of course the ‘Pharma Overlords’ may not like it that I equally bash their products.

The real reason I dismiss most alt-med practitioners

Is simply because the stuff they recommend doesn’t work. Yes, sometimes natural and alt-med doctors do give sensible diet and lifestyle advice, but even then they often take the advice to ridiculous extremes and make grandiose claims about the healing powers of diet that have no basis in science or reason.

That’s the stuff they get at least little bit right. The advice that’s exclusive to alt-med (i.e. everything else but diet, lifestyle and supplements) is even worse. Despite millions being spent on researching these modalities, there’s not a scrap of convincing evidence for any of them. The Cochrane Collaboration Complementary Medicine Reviews lists over 600 topics, covering countless alt-med modalities for different health problems. These plain-language summaries make for sobering reading and almost invariably show no effect or insufficient evidence to say anything.

By now it should be abundantly clear I’m not a big fan of alternative medicine. It’s just waste of time and money. There are also other real problems putting your trust into these people, such as:

There’s always something wrong with you

They will always find something wrong with you. Now, I do agree that sometimes real doctors dismiss their patients too easily, especially when they can’t find anything wrong. Medicine is far from perfect (our knowledge is incomplete and not to mention the fact that the pharma companies have too much influence over doctors and research, a problem well-known in the medical community).

Alt-med practitioners almost always find something wrong with you. Getting diagnosed with something is of course encouraging because it feels like the first step in getting over the problem. But the real problem is that you often end up with a fake diagnosis for an imaginary problem, such as Candida overgrowth syndrome, adrenal fatigue (see also this post) or electromagnetic sensitivity.

Alt-med practitioners use a variety of diagnostic ‘tools’ to find out what’s wrong with you. Unfortunately the vast majority of these tools are completely useless, such as:

Applied kinesiology (muscle testing), a particular favorite of chiropractors and naturopaths. Muscle testing seems convincing when you first see it, but in reality it’s based on ideomotor action.

This video is the perfect example of ‘the diagnostic powers of muscle testing’.

Muscle testing ‘works’ when people know the substance tested (i.e. in unblinded and uncontrolled tests) but fails completely when even basic controls are put in place (such as the people being blinded to the substances).

Dowsing is another example of ideomotor action. This video is a good example of what happens when dowsing is properly tested and why such tests are absolutely necessary.

This video is also a fantastic example of how the proponents deal with evidence against their methods. Unblinded and uncontrolled tests show the method works; blinded and controlled test (i.e. tests that eliminates bias and other influences) show the method doesn’t work, “therefore the scientific method is wrong because I know this stuff works”. I.N.C.R.E.D.I.B.L.E. Is all I can say.

Muscle testing has also been tested in proper scientific trials. Here’s a typical paper, and also here, here, here, and here. Heck, even a systemic review published in a Chiropractor journal concluded it doesn’t work: “In particular, the use of MMT [manual muscle testing] for the diagnosis of organic disease or putative pre/subclinical conditions is insupportable.”

Other useless alt-med diagnostic tools include:

Sidebar: I’m the first one to admit that some of these methods are very persuasive. I have fallen for and promoted many of them in my earlier websites.

These same tests are usually used for ‘diagnosing’ the problem and determining the solution (i.e. how many bottles of supplements, herbs and homeopathic tinctures you need). I don’t know about you, but I’d rather use coin flip to decide what to take. That way I would at least save the consultation fees.

So is there anyone you can visit who could reliable help you? I would love to say that yes, dermatologists are up to date with research and can advise you on treatments that make a long-lasting improvement on your skin. Alas, this is usually not the case.

I would also love to say that yes, naturopaths, homeopaths and other alt-med practitioners can give you reliable and holistic advice that will help you with acne and other health problems you may have. Alas, this is almost never the case.

I’m sure there are exceptions to both cases. Dermatologists and doctors who are up to date with their research and give you reliable advice about natural treatments. And I’m sure there are alt-med practitioners who practice sound, rational and science-based care. Just don’t ask me how to know who these people are.

Regarding food allergies. I would recommend visiting an allergy specialist. There are no perfect and reliable food allergy tests (at least as far as I know), but these specialists should at least understand how to use the existing tests and explain what you can conclude from them.

And yeah, my apologies that this turned out to be  massive a rant against alternative practitioners. I have a diagnosed sensitivity (as confirmed by a Vega test) to irrationality and pseudoscience.

10 thoughts on “Readers Question: What Sort Of Doctor To Visit?”