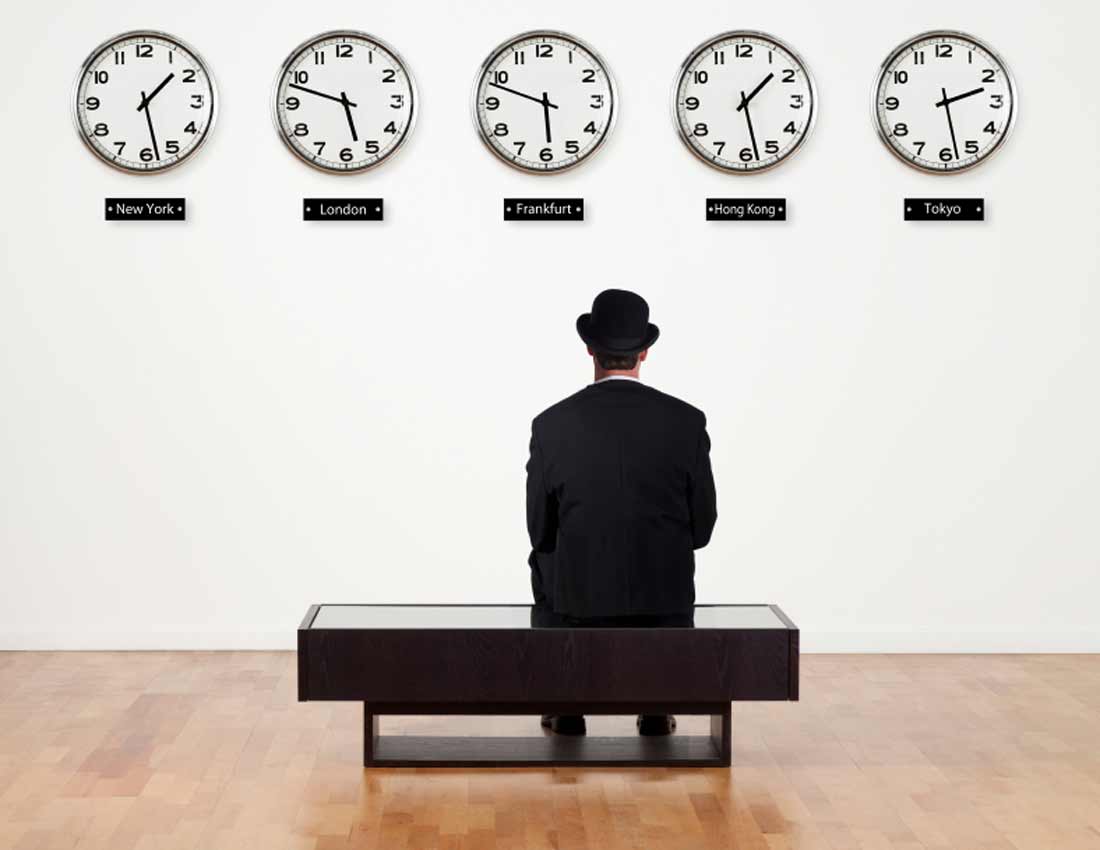 Reader Question: How Long Until I See Results?

Reader Question: How Long Until I See Results?

Today I’m going to answer a reader’s question that I’m sure troubles many people. So here’s what I found in my inbox today.

Regarding your articles about green tea and acne.. I’ve been taking up to three glasses of matcha tea for about 5 weeks, but I still can’t really see any improvement. Do you know approximately how long it normally takes before you can notice a difference?

There’s nothing wrong with this question as such, but I believe that it’s more helpful to approach acne with little bit of a different attitude. I’m of course making assumptions here about the mindset, but reading between the lines it seems like the person is thinking along these lines “OK, green tea will get rid of my acne. I will just drink it and wait until I get clear.”

While some people have gotten clear just from drinking green tea I don’t think it’s the case for most people. Furthermore, I really don’t think this ‘I will do this one thing to get rid of my acne’ mentality is the right way to go.

Dice with your skin

The thing is that with this mentality you’ll end up trying a lot of things, the vast majority of which won’t make much of a difference. So you’ll chalk them into ‘I tried it and didn’t work for me’ box. Not only going from failure to failure is mentally very taxing, but you’ll also end up discarding many useful approaches.

Why useful? Let me explain. In other posts I’ve covered the role hormones and inflammation play in acne. Unfortunately there’s no getting around the fact that as acne patients we got a bit unlucky in the genetic lottery, at least as far as the skin is concerned. Because of genes your skin is overly sensitive to androgen hormones and mounts an excessive immune response to P. Acnes bacteria. Without some novel pharmaceutical intervention there’s no getting around these things, and I don’t see any such drug coming out in the next 10 years.

While we can’t completely get rid of these predispositions, we can manage around them. Research is quite clear on the fact that inflammation is one of the root causes of acne. Hormonally driven sebum production and skin cell growth are other root causes. By reducing these things you can reduce your chances of getting acne.

Think of this as roll of a dice, say a 100-sided dice. Every night the dice is rolled and the number that comes up determines whether you’ll get more acne the following morning. Needless to say this is a fictional example, but I’m just illustrating a point here. Say without any changes your baseline probability of getting acne is 75%. So anytime our 100-sided die comes up with a number of 75 or less, you’ll get more acne. But those days that it shows 76 or more you’ll be spared. So in the long run 3 out of 4 mornings you’ll wake up with more acne.

How wrong attitude keeps you stuck

Now let me explain why the above mentioned attitude is problematic. Many people seem to believe that if they just do this one thing someone comes and removes the dice, and they no longer have to worry about acne. The dice, unfortunately, is here to stay. Nothing, and I really mean, nothing we’ve talked on this blog ever removes the dice. The dice is hardwired into your DNA.

All the diet and lifestyle changes and topical treatments I’ve talked are aimed at reducing your probability of getting acne, to bring down the fateful number in the dice. The problem is that rarely any single intervention or change brings down that number significantly.

Going back to the original question, there’s no doubt that drinking green tea reduces systemic inflammation, especially in people under high inflammatory load (such as smokers or people with acne). Green tea can also be helpful in blocking androgens and reducing insulin resistance. Several studies have shown these to be true.

But how much will 3 cups of matcha per day reduce the fateful number in the dice? I don’t know, but let’s say 5 or 10 points. So green tea drops the probability of waking up with more acne from 75% to 65% – 70%. Not exactly an earthshattering change but we are moving the needle nevertheless. The problem is that this sort of small movement is almost impossible to detect in normal life. You may think that maybe you are getting little bit less acne, but you can’t really say for sure.

To detect small changes like this you would need to carefully and systematically record your acne severity and number every day. And when you have a long data series you could then compare the average acne severity and pimple count before and after introduction of green tea. From that you would notice the improvement. But very few of us would actually go through the trouble.

Far more likely you just conclude that green tea did nothing for me and stop drinking it. Can you see the problem? You are mistakenly throwing away something that did work, just not well enough to meet your impossibly high expectations.

Let me say this again. It’s highly unlikely that any single change or intervention will make a massive difference to your acne. It’s possible, but don’t count on it. What you have to do is to stack many small improvements on top of each other and count on their cumulative effect.

So we’ll take the 5 points from green tea. Next, maybe you have some gut issues and you implement some suggestions from the gut healing post. Those bring down the number by 20 points. Next you’ll focus on stress and implement a 10 to 15 minutes relaxation routine into your day. That brings down the number by another 15 points. So now you have dropped the probability from 75% to 35%. Now it starts to feel like you are getting somewhere. Throw in some topical treatments and the number drops to 20%. Now you are getting new pimples only every fifth day.

But none of these changes on their own would have made a meaningful difference to your skin. So one by one you may have ended up trying and discarding them every one of them as ineffective. After such a string of failures it’s very easy to conclude that nothing works for you and resign to living with acne.

Everything I’ve talked in this blog works in some way to undermine the causes behind acne. Furthermore, there’s some form of scientific evidence and rationale behind all of my suggestions.

The problem is that I don’t know exactly what works for you. Each and every one of us is unique. And acne is a multifactorial problem with many possible causes. So maybe stress is not at all a factor in your acne or maybe green tea really does nothing for you. Maybe your acne comes down to some food sensitivity, like gluten, and removing that food is all you need to get clear. But the next person reading this may really need to work on gut problems with diet and fermented foods. They also may get their stress under control. It seems like two distinctly different ‘causes’, but they all work on the same pathways (inflammation and hormones) and ultimately lead to acne.

Is there a way to know what causes your acne? There are some diagnostic tests that can give you some clues, like tests for bacterial imbalance in the gut, food sensitivity tests or checking for nutrient levels. You can also use food and symptom journal for tracking and detecting patterns.

The only natural way to permanent results

But ultimately I think the better way is to make many small changes into your life. This way you can take advantage of their cumulative effect. And the biology of the human body is so complicated that connections exist where you would never expect to find them. For example, bacterial balance in the gut can affect the bacteria in your skin, and taking probiotics has been shown to increase omega-3 levels in the blood. How did that happen? We don’t know yet, but both have been shown in studies.

This is why I believe incorporating many of these small changes into your daily life is the best way to fight acne. Things like green tea instead of coffee in the morning, swap normal eggs to omega-3 eggs, start making your own yogurt, practice the weird As If principle to reduce anxiety or add 10 to 15 minutes of relaxation into your day. Some changes may be a bit harder, like reducing sugar and milk intake. Building these into your daily routine is the only natural way to make a permanent difference to your skin.

I’ll leave it for you to decide how much you want to do. But just remember that everything counts. Every little change stacks the odds further into your favor.

Come on, tell me already how long it’s going to take!

OK, so the person who emailed me wanted to know how long it takes to see results. The honest answer is I don’t know and it depends, but I have a feeling you aren’t going to be happy with that. It really depends on what you are doing. In this case the person emailing has already been drinking 3 cups of matcha per day for 5 weeks. Another 5 weeks probably makes little difference. Based on the limited information I have, I would say he has to do more. Green tea alone isn’t enough to make much of a difference.

I think 3 to 5 weeks is a good timeframe to see meaningful results. If you don’t see any changes within that time then you haven’t moved the needle enough. Waiting and hoping probably won’t do the trick. You need to change something else, but don’t throw away what you’ve been doing so far.

Einstein once said “If I have seen farther than others, it is because I was standing on the shoulders of giants.” It’s kinda the same here. Build on your previous efforts and you will see meaningful results.

5 thoughts on “Reader Question: How Long Until I See Results?”