Blog » Critical thinking » What Does It Mean To Be Open-Minded? 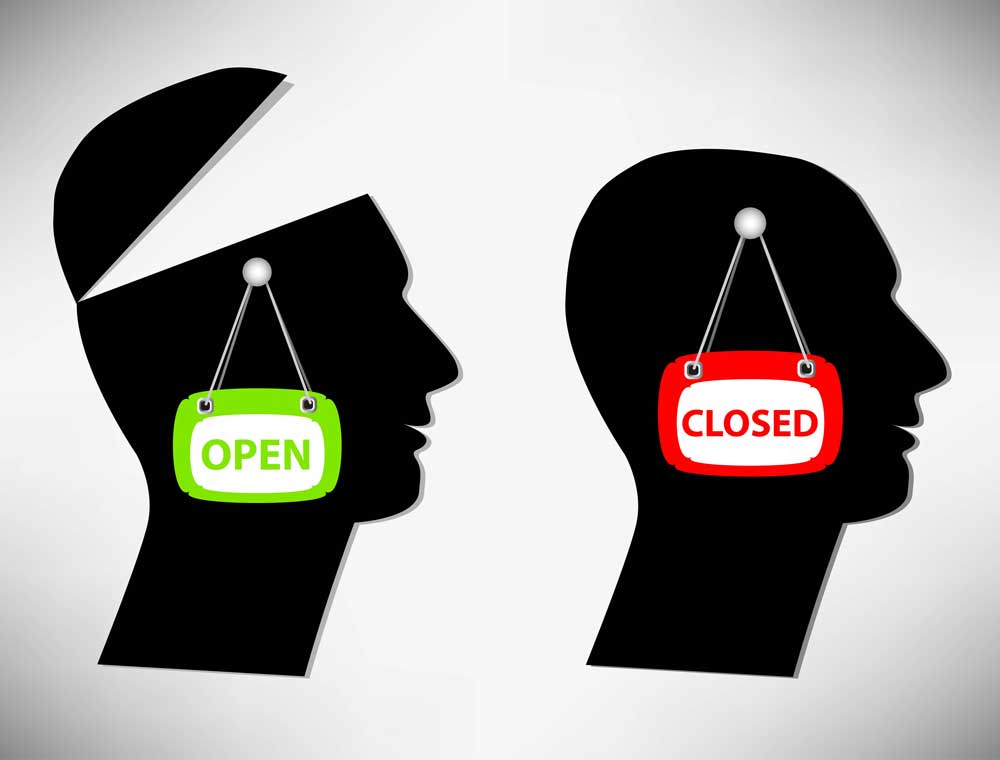 What Does It Mean To Be Open-Minded?

What Does It Mean To Be Open-Minded?

I’ve often said that critical thinking is one of the reasons I managed to beat acne out of my life. If you’ve tried to get over acne for a year or more, you’ve probably seen more than your fair share of ‘acne cures’.

Every day someone at acne forums or blogs announces how “they’ve tried everything, but nothing worked until they tried YY that finally cured their acne.” Nobody has enough time or money to try all of those – not to mention it’s psychologically hard to go through endless cycles of getting your hopes up and ending disappointed.

Critical thinking is a skill that helps you to evaluate these claims and focus your efforts on methods that have the highest probability of working. It allows you to make intelligent decisions in the midst of all the nonsense.

With that in mind, I occasionally write posts that talk about aspects of critical thinking, sort of mini-lessons that hopefully help you to pick up this useful, but very unnatural, skill.

A video popped in my Facebook feed that makes for a nice critical thinking lesson. It’s about open-mindedness.

‘You need to keep an open mind,’ is one of the charges proponents of alternative and non-scientific medicine lay on people who express skepticism. This is usually quickly followed by announcement that doctors (and scientists) are just pharma whores interested in milking out every last penny from you.

Nobody denies that pharma companies have their flaws, as does capitalistic health care, but that’s a discussion for some other time.

Anyway, take a look at the video to see why this ‘You need to be open-minded’ argument is usually fallacious. This video talks more about supernatural phenomena, but you can replace super natural with ‘alternative medicine’ and the content still applies.

Now, let’s take a few examples to see how this applies to acne.

You can find a countless number of theories explaining why you get acne, most of those theories are probably wrong and can be safely discarded until the proponents present further evidence to support them.

Let’s take the vitamin B5 cures acne as an example. In 1995 Dr. Leung published a paper outlining his hypothesis that shortage of vitamin B5 causes acne. I outlined the many problems in the paper here.

If you don’t have a good background understanding of the disease process behind acne, the paper might look quite convincing, it sort of makes sense. But the problem is that the hypothesis goes against the vast majority of published research on acne. For example, Dr. Leung claims sex hormones don’t affect acne, whereas the majority of published research shows they do. He claims that eating too much fat causes acne, whereas most research would put the blame on insulin-spiking sugar and carbohydrates. He claims that acne patients are deficient in vitamin B5, a view mainstream science doesn’t support. Just to give you a few examples.

The point is that you have to ignore a mountain of scientific evidence, 99.99% of which is far more solid and credible, to accept Dr. Leung’s hypothesis. The open minded approach is to reject his hypothesis until he musters more evidence to support it. This doesn’t mean B5 could not help acne, just that Dr. Leung’s paper is not valid evidence.

Testimonials and anecdotes are still not evidence

Showcasing testimonials and user stories is another feature common in unscientific medicine.

If you look for them, you can find tens, perhaps even hundreds, of people claiming B5 cured their acne. Having seen all these stories, how can I still maintain that B5 is bunk? Doesn’t that make me close-minded?

Well, perhaps you can be open-minded and hold off judgement for a few minutes.

We have to start this discussion by understanding the weaknesses of testimonials and other anecdotal evidence. First, many companies write their own reviews, or pay for someone else to do it. So it’s hard to say how many of those stories are authentic, but let’s say most of them are.

But what’s even more important is that showcasing the positive stories, let’s assume there are 100 of them, tells only a part of the story. How many people tried B5 and got no results? How many got worse after B5? What if there were 7000 people who got no results from B5 and 500 whose acne got worse? Would you still be so enthusiastic to try it?

This is exactly the reason why scientific studies employ controls, who usually receive an inactive placebo treatment.

So we can look at the testimonials and user stories and say: “Interesting, perhaps there’s something here, but these testimonials aren’t sufficient proof to accept that B5 improves acne.”

I think it’s perfectly reasonable, and open-minded, not to draw strong conclusions based on flimsy evidence.

SPAM is not only for email, it also fills the internet. But the internet SPAM is information SPAM. Books, articles and videos that contain nonsensical ideas that have been shown to be wrong many times over. Adopting skeptical, open-minded attitude is like installing SPAM-filter for your brain. It helps you to weed out nonsensical ideas and focus on what’s important.

Being open-minded doesn’t mean you have to accept every crazy theory coming your way. It means being open to new information, and allowing for the possibility that your existing beliefs are wrong. If a new theory has no merit, and/or contradicts much of the established knowledge, it’s perfectly reasonable to reject it. In fact, it would be close-minded not to reject it.

People who claim you are close-minded are usually just upset because you don’t like to read their SPAM.

1 thought on “What Does It Mean To Be Open-Minded?”