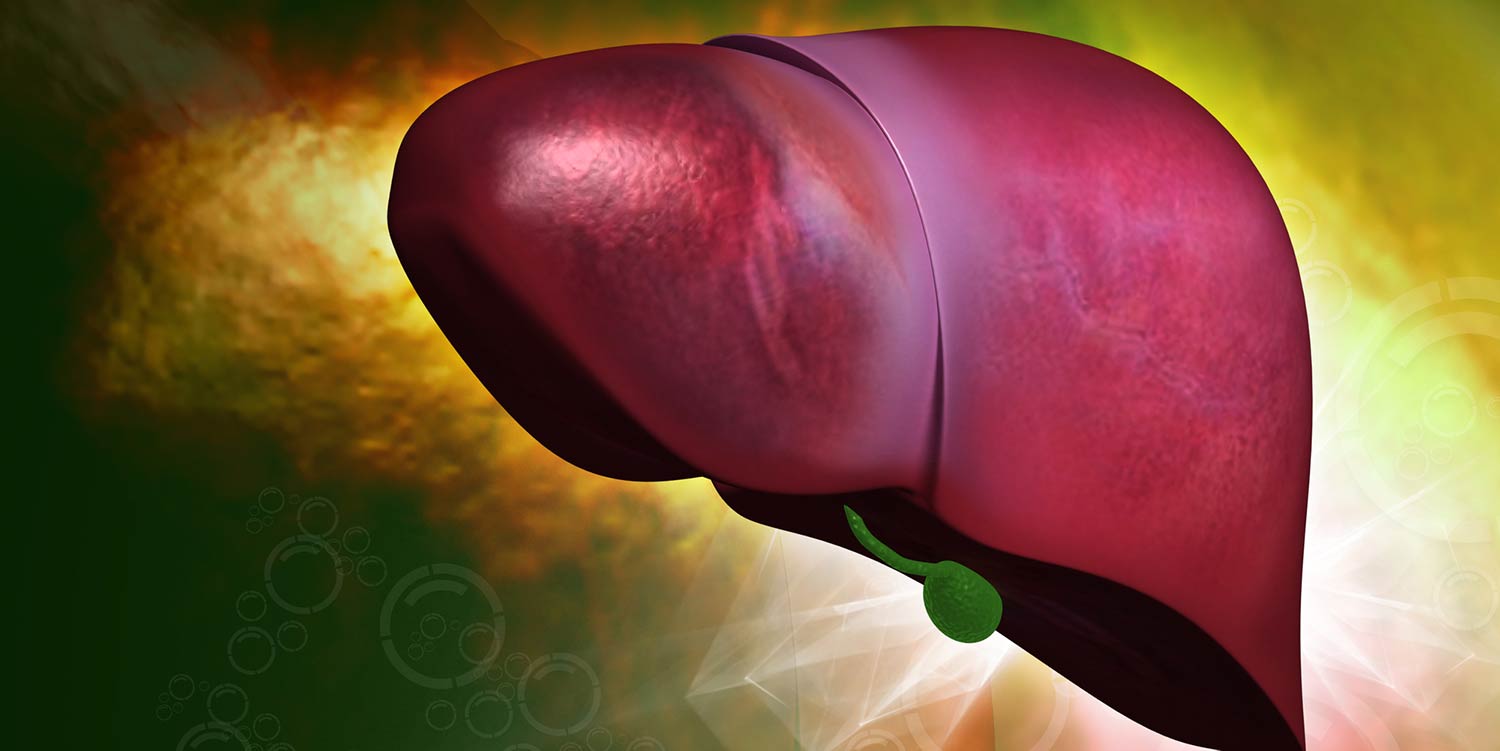 Is the combined assault of processed food and thousands of chemicals in the environment too much for your liver to handle? Could over burdening your liver cause acne? And could you get clear by cleansing and supporting it?

That’s what many alternative and natural health practitioners claim. In this post we are going to examine these claims from a science-based perspective.

The inspiration to write this post came from a question at the Q&A section. Keaton asked if drinking alcohol causes acne. To which I replied that I doubt light/moderate drinking would cause acne. He replied:

I must say that surprises me. For the longest time I’ve read nothing but fear-mongering, people freaked over the alcohol-to-liver-to-acne theory that always comes up.

Once I saw that, I knew that my work as ‘acne myth buster’ was not yet done.

When you Google ‘acne liver’ 9 out of the 10 blue links go to websites that claim your liver is overloaded and probably the cause of your acne. Incidentally, the 1 exception is my post about liver flushing.

All of the pages say more or less the same thing, i.e.:

In this post I want to take a stab at addressing these claims. To see how they stack against scientific understanding of acne.

If there’s no evidence to support the above points, then it’s reasonable to assume that the liver-acne connection, as presented by most websites, is not true.

Do people with acne have impaired liver function?

There’s good evidence to show acne patients in general don’t have any liver abnormalities. In 2006 University of California researchers released an analysis of patient records of 13,772 patients taking Accutane. Among other things, they measured the effect Accutane has on liver function.

My guess is that if you sample  people without acne, you would get similar results. It’s not unreasonable to assume that a 1% to 5% of population have mild liver problems, perhaps due to genetics, other health problems or exposure to liver-toxic chemicals.

Is the liver really incapable of coping with the toxic load?

What about the claim that we are exposed to so many toxins that the liver just can’t keep up?

Let’s start with something that you probably have experienced, perhaps even recently.

Alcohol is a toxic substance. No doubt about it. People regularly enjoy it in large quantities and suffer the consequences the next day. Despite people quite literally poisoning themselves with this toxic substance the liver eliminates most of it in 12 to 24 hours. And many people repeat this exercise in self-poisoning weekly, some even several times a week!

Does this sound like a liver that’s struggling to cope?

We also have a lot of clinical data on people who have suffered liver injury as a result of exposure to liver-toxic substances; certain chemicals, drugs and even herbs, there are several case reports of people suffering liver damage after consuming aloe vera supplements. So it’s not like doctors wouldn’t know what to look for or hot to diagnose it.

The liver also seems to be amazingly resilient and able to recover even after years of exposure to very toxic chemicals. For example, this study looked at people regularly exposed to toxic chemicals: painters and chemical industry workers. These people suffered liver damage from years of exposure, yet their liver function returned to normal in 3 to 6 weeks after exposure was stopped.

The subjects, 15 chemical industry workers and 8 painters, had disturbed liver tests after years of exposure to solvents, paints and lacquers. Characteristic for the patients was a 2–4-fold increase in serum aminotransferases associated with normal liver or reactive hepatitis with or without fatty liver. AU patients, except subjects with fatty change, had metabolically active liver which was reflected as adaptive and toxic changes in cellular ultrastructure. The biochemical liver tests normalized within 3–6 weeks after cessation of the exposure.

Similarly, all the case reports I read while researching this showed liver function returned to normal after exposure was stopped.

No cleanses or ‘liver support’ supplements required. Just stop poisoning the liver and in most cases it recovers just fine.

So if people with years of regular exposure to highly toxic substances can recover in a month or two, it makes one wonder why acne patients couldn’t recover from their supposed liver damage.

Hormone imbalances are another claimed consequence of the liver overload acne patients supposedly suffer from. This one is a bit more plausible because acne indeed is linked to hormonal abnormalities.

However, the hormonal imbalances in acne are anything but drastic. Most studies show that women with acne have somewhat elevated androgen (male sex hormones) levels compared to women without acne, but the hormones are still within normal ranges. So we are not talking about drastic imbalances, and one could even argue that most women with acne don’t suffer from any hormonal imbalances. I won’t go over all the studies about this, but you can see my reply to this comment for more thorough discussion.

The real hormonal problem in acne has more to do with skin’s sensitivity to hormones than their absolute levels.

Acne-causing bacteria do not feast on toxins

So what about the claim that toxins passing through the skin encourage acne-causing bacteria to grow and multiply?

Current scientific explanation for comedo formation and bacteria growth goes like this:

While formulating the above theory several scientists have examined skin scrapings from acne patients in an effort to understand what happens in the skin during acne-formation process. None of them have mentioned the skin being clogged with toxins.

So while this doesn’t rule out toxins playing a part, we can explain acne formation and bacterial growth without toxins. And currently there’s no evidence that toxins passing through the skin would cause acne.

The argument that acne is caused by liver overload rests of the following assumptions:

There is no evidence to support any of the above points. Despite hundreds of thousands of people taking Accutane and going through regular liver function tests, nobody has ever noted anything abnormal.

Data from occupational chemical exposure shows the liver is capable of handling regular exposure to highly toxic chemicals. The liver also seems remarkably resilient. In most cases abnormal liver function returns to normal within a month or two after exposure to toxic substances stops.

Women with adult acne have somewhat higher hormone levels than women without acne, but the levels still fall within normal ranges. The real issue in acne is how sensitive acne-prone skin is to androgen hormones, rather than real hormonal imbalances.

In the end the ‘clogged liver causes acne’ is yet another evidence-free claim trumpeted by the alternative health industry. It taps into the feeling most people have that eating modern, processed is probably not good for them, and that they should do better. Not to mention the very reasonable concern people have about the amount of chemicals released into the environment. Like many alternative health claims, initially it sort of makes sense, but falls apart with even cursory scientific investigation.

Why I rail against this stuff?

People who buy into this ‘you are toxic and need to cleanse yourself’ often end up worse than they started. To be clear, I’m not saying you shouldn’t eat healthy or take care of yourself. Quite the opposite. I write a lot about the effect of diet on acne.

The problem is that the quest to purify and detoxify requires heavy sacrifices. Want to party? Sorry, alcohol and tobacco smoke are too much for your fragile body. Friends asking you out for dinner? Sorry, conventional food is full of horrible toxins – as ‘documented’ by The Food Babe and other scientifically-illiterate ‘food bloggers’. Tight food budget? Avoid ‘toxic’ conventional produce and make sure to spend your money on more expensive organic food (that seems to offer no discernible benefit). You get the picture.

Most people who end up reading those articles are high school and college students, two groups you wouldn’t exactly call wealthy. And, whether we like it or not, social life in college and high school largely revolves around alcohol and parties. Missing out on all the social fun and frolicking isn’t exactly good for your emotional health, not to mention missing out on many connections that could be very valuable later on in life. And all for… what?

The biggest toxin is the ridiculous nonsense masquerading as information.