Blog » Diet » Is Organic Food Really Better For You? 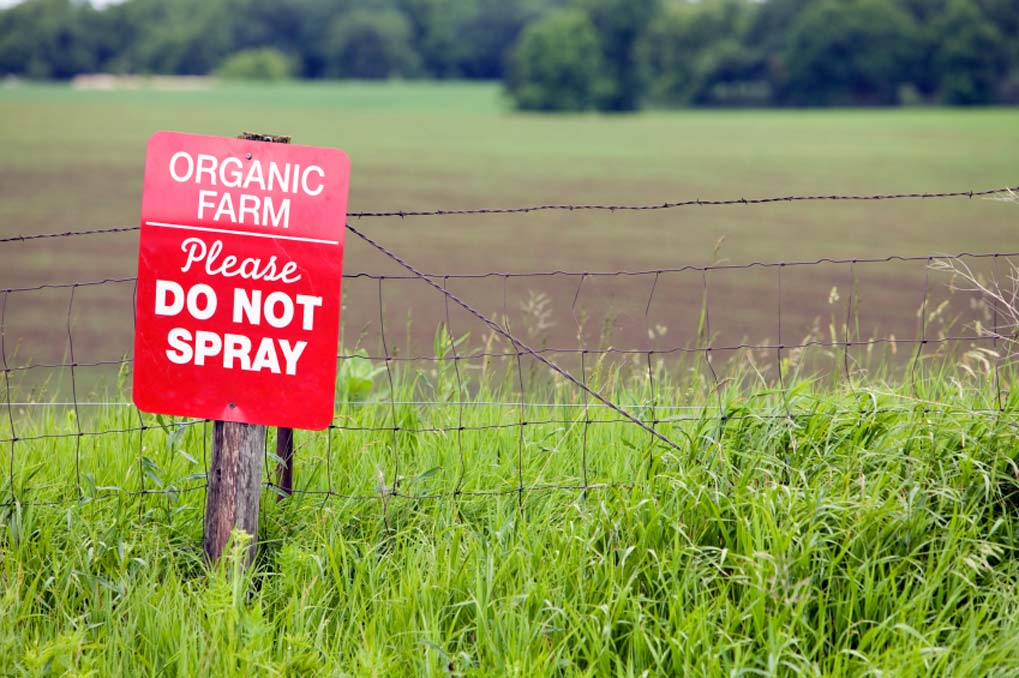 Is Organic Food Really Better For You?

Is Organic Food Really Better For You?

Eat organic food is stock advice on many health websites. Organic is portrayed as the right choice for your health and conventionally produced food is scoffed as being ‘pesticide laden’. But is there any evidence for these claims? Is organic really more nutritious and healthier?

These are not idle questions. Because organic is more expensive, and feeling like they have to eat organic those with smaller budgets feel stressed. I’ve long since lost count of emails to this nature I’ve answered.

In this post I want to take an objective look at the health effects of eating organic food. We’ll cover the evidence for and against it. So that in the end we should be able to say whether organic is worth the premium price.

Note: this post is about the health effects of eating organic, like nutritional value and pesticide residues in organic vs. conventionally farmed food. I won’t talk about any other reasons for (or against) organic food.

The point is that studies are messy and you should expect to find a lot of conflicting results. That’s why we should look at the evidence as a whole and not rely too much on any one study. That’s also the reason that both sides of the debate can claim “scientific validity” for their arguments. In this field (like in most areas of scientific study) it’s easy to find some studies that support your predetermined conclusions.

With the disclaimer out of the way, let’s look at what the science says about nutritional quality of organic vs. conventional farming.[am4show have=’p6;p7;’ guest_error=’guest’ user_error=’member’ ]

When we consider the entire weight of the evidence there doesn’t seem to be big nutritional differences in organic and conventionally farmed produce.

The American Journal of Clinical Nutrition in 2009 published what is perhaps the most rigorous and comprehensive reviews. Here’s their conclusion:

On the basis of a systematic review of studies of satisfactory quality, there is no evidence of a difference in nutrient quality between organically and conventionally produced foodstuffs. The small differences in nutrient content detected are biologically plausible and mostly relate to differences in production methods.

Well, they would say that. They are an organic lobby, after all. Can we expect them to be unbiased? The selection criteria in the above study were wetted and peer reviewed extensively. In other words, it was conducted to high scientific standards. Still, this is something to keep in mind.

Most reviews published in high-impact, mainstream medical journals reach similar conclusions. Most say that there are no significant differences between the two growing methods. With the possible exceptions of vitamin C that seems to be more abundant in organically grown crops.

The Wikipedia article on organic farming also states there’s no good evidence to say organic is more nutritious. As does the Food Standards Agency in the UK.

Interestingly, studies published in journals dedicated to alternative medicine almost always find organic superior and healthier. Most of these studies are authored by chiropractors, naturopaths and other non-science based practitioners. These people (and journals) are ideologically slanted towards organic being better. Just like studies published by drug companies are almost always positive, I wonder if bias cuts both ways.

I could find only one study published in respected, mainstream journal that concluded organic to be more nutritious. However, it is the most recent study I’m aware of (published in 2011). It also seems to be very well done. It included 908 comparisons, out of which 462 favored organic and 364 favored conventional produce. On average organic produce had 5.7% higher nutrient content; a difference that’s meaningless in real life.

Length of organic farming time as a factor?

It’s possible that organic farms need several years to mature and reach their potential. One 10-year study found that organically grown crops got more nutritious as time passed whereas conventionally grown crops didn’t improve. It found 79 and 97% higher antioxidant content in organically grown tomatoes. But we have to keep in mind that this is just one study. And as such it’s interesting, but we can’t let it affect our conclusions too much. It’s also unlikely that all the negative studies would only use new organic fields. Still, this area warrants further study.

So far I’ve covered the major studies on the topic, but there are also others. I have to skip them because I don’t want to make this post excessively long (it’s already long enough). So if you want more info, Josh DeWald at What Does The Science Say blog posted a good analysis titled: Is Organic Food More Nutritious than Conventional? Please check it out if you want to read more.

Based on all the evidence I’ve seen there doesn’t seem to be much of a difference between organically and conventionally grown produce.

If studying comparing nutritional content of organic and conventional produce is difficult, then comparing the human health effects is downright impossible. Nevertheless it has been tried a handful of time.

I found a paper that reviewed relevant studies. Here’s the conclusion.

From a systematic review of the currently available published literature, evidence is lacking for nutrition-related health effects that result from the consumption of organically produced foodstuffs.

The only real difference found was that consumption of organic dairy products seems to lower the risk of childhood eczema. The paper also noted that some studies show higher antioxidant activity in people eating organic food. Which is interesting, but the paper also mentioned that antioxidant activity has never been linked to any concrete health outcome. Proxy measures like this are interesting, but more often than not don’t lead to any meaningful health effects.

One reason studies and surveys show organic produce has less pesticides is that until recently we haven’t had a good way to detect and measure organic pesticides in foods. If you aren’t looking for something, it’s not surprising that you don’t find it.

But the real question is does pesticide exposure pose any real risks or is this just a theoretical concern. Most reviews comparing organic and conventional produce show there’s no real difference in risk. Similarly the FDA and FSA in the UK say that pesticide exposure from produce (regardless of farming method) is below the established risk limits.

It’s important to not only look at exposure to individual pesticides but also cumulative exposure. These sort of cumulative exposure assessments have been made at least in China, Denmark and Belgium. Probably also in other countries, but those are the studies I found in my quick literature review.

All three concluded that even cumulative exposures are below acceptable daily intake (ADI) levels, and do so by wide safety margins. The Belgian study concluded that the probability of exceeding ADI is less than 0.1%. The Chinese study showed somewhat higher exposure, but still within acceptable limits.

I also looked at studies on other contaminants, such as heavy metals and contamination by bacteria and yeast. Again there were no real differences, and these contaminants don’t depend on the farming method. Rather, they may be absorbed from the soil (heavy metals) or happen during storage (bacteria and yeast). Contrary to claims organic food usually doesn’t contain more bacteria.

We don’t have good evidence yet either for or against organic food being healthier than conventionally produced food. Organic seems a bit better in some proxy measures. Organic also has lower levels of pesticides, but neither acute or cumulative pesticide exposure from food pose any real health risks.

My read is that organic could be better for you, but the difference is probably minimal and maybe even meaningless in real life.

Is organic worth it?

Given that organic food is more expensive and health benefits still elusive, it’s hard to justify buying organic food. Of course organic farming may be more energy effective (lower yields may offset this), and it may have environmental benefits, but those considerations are for another time.

Buying organic isn’t worth it even if you really hate the Big Agro, because the biggest farming companies are also the largest producers or organic food. Organic means serious money, and the big businesses have already taken over the market.

Here are some things that, I believe, make a bigger to your health impact than buying organic:

OK, it’s time to bring this marathon post to end. In this post we took a comprehensive look at the nutritional quality and health effects of organic vs. conventionally grown produce. There is some evidence that organic produce is a bit more nutritious than conventionally grown, but the difference is small and likely meaningless in real life.

So as far as health benefits and risks go there’s no good reason to pay the premium price for organic food. Your dollars are much better spent buying seasonal produce from farmers’ markets.

5 thoughts on “Is Organic Food Really Better For You?”