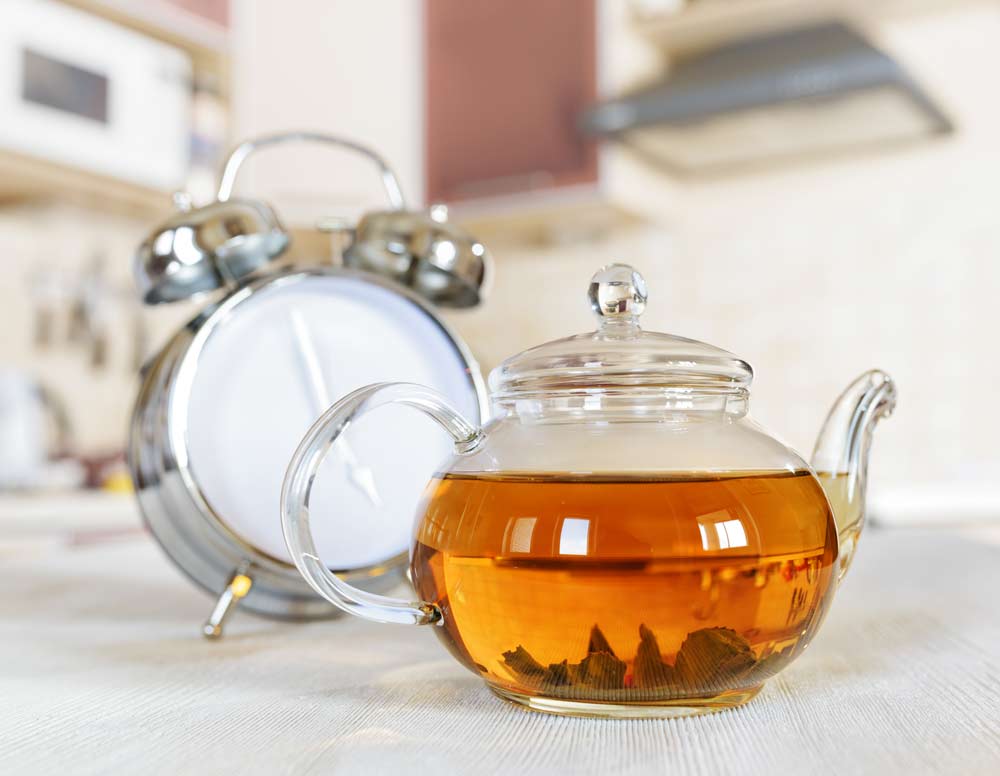 Is Intermittent Fasting Good For Acne?

Is Intermittent Fasting Good For Acne?

Intermittent fasting is a pattern of eating that cycles between periods of not eating (fasting) and eating. It has gained popularity among the paleo/primal community as a way to ‘hack your body’, and it’s touted to have almost miraculous health benefits.

In this post I want to talk about intermittent fasting for acne. We’ll go over things like: Can it help? Can it be harmful? Who should and who should not try it? And how to do it?

Is IF natural for humans? The thrifty genotype hypothesis

From evolutionary perspective modern life is highly unnatural. For the vast, vast majority of existence humans lived as hunter-gatherers. It’s unlikely that prey animals volunteered to walk into human tribes and donated their bodies for food, nor did the fruits, berries and root vegetables pick themselves up and made their way into our ancestors’ cook pots.  All this is to say that getting food required physical activity, either as hunting or gathering.

Sometimes food was plentiful, sometimes it was scarce. Sometimes the hunt was successful, other times not. Our ancestors lived through periods of when they had plenty to eat and through times when they had very little to eat.

Some scientists suggest people with ‘thrifty genes’ were the best adapted to survive these periods of feast and famine. Thrifty genes are defined as ‘being exceptionally efficient in the intake and/or utilization of food’. In other words, people who stored the most food as fat and were the most effective at utilizing those fat storages were the most likely to survive. And we are descendants of ancestors with the thriftiest genes; genes that have barely changed during the past 10’000 years.

Many of the current chronic health problems could be a consequence of conflict between ‘Space Age’ circumstances and ‘Stone Age’ genes. Conflict between 24/7 food availability and sedentary lifestyle and genes that evolved for cycles of feast and famine and activity and rest.

Intermittent fasting tries to emulate the natural feast-famine cycles of our ancestors.

Can it help you to get clear? Let’s see what the science has to say about this.

Studies on the benefits of intermittent fasting

Unfortunately the data on humans is far less convincing, partially because relatively few human studies have been done, and those studies often raise more questions than they provide answers.

Helibronn et al put 8 men and 8 women on 22-day alternate day fasting regimen, meaning they had to fast every other day but could eat as much as they wanted on the other days. This graph shows insulin and blood sugar levels at baseline, morning after eating day (day 21) and morning after fasting day (day 22).

As you can see, insulin levels dropped dramatically after fasting days, but were slightly higher after eating days. I should say that both the baseline and the eating day (day 21) reading were taken after 12 hour fast. The participants were allowed to eat until 7pm and the measurements were taken 7am the next morning.

In another study by Helibronn et al. they again put 8 men and 8 women on 22-day alternate day fasting regimen. At the beginning of the study men had quite a bit higher insulin levels than women. After the study insulin levels dropped in men but increased in women, indicating alternate day fasting reduced insulin resistance in men but increased it in women.

Halberg et al. asked 8 young men to fast for 20 hours every other day for 14 days. Compared to the baseline measurements, the participants showed less insulin resistance and lower insulin level.

Both groups lost the same amount of weight and had comparable improvements in sex hormone and inflammation levels, but insulin dropped more in the IER group.

There are also a few other studies that put overweight/obese people on IF regimen. All of those studies showed improvements in insulin resistance and blood lipids. But they lacked a continuously caloric restricted people as control group, so we can’t say if the benefits are due to caloric restriction or fasting.

IF may to downregulate mTor pathway

Soerter, et al. studied the effect of 2-week IF regimen in 8 healthy, non-insulin resistant men. They had the participants fast every second day for 20 hours for two weeks, after which they were switched to normal diet for 2 weeks. Diets during both periods had the same amount of calories and were calculated to maintain weight.

Under these conditions there were no changes in blood sugar or insulin levels, but mTor activation was lower during the IF period. mTor is sort of a master regulator in acne and increased activation of the mTor pathway leads to more acne.

IF may improve stress tolerance. Animal studies show that animals kept on IF regimens are more resistant to negative effects of stress. Human studies show similar results. Cells from people doing IF show higher resistance to oxidative stress, such as dangerous chemicals.

Small number and bad quality of the available studies makes it hard to say what effects, if any IF, has on humans. However, most studies show improvements in insulin resistance and blood sugar control, both of these would be good for acne, as would be the reduction in mTor pathway activation.

With so little data at hand there is obviously still a lot we don’t know. The vast majority of these studies used alternate day fasting, and it’s hard to say how well the benefits (and harms) translate to shorter 14 – 20 hours fasts. Most of these studies were short, only 2 to 3 weeks. It’s possible that you need more time to really see the results.

Can IF be harmful?

Paradoxically, prolonger fasting (72 hours and more) can cause insulin resistance, this may also happen during prolonger IF.

One study in rats showed that 8-months of intermittent fasting increased insulin resistance, but rats kept on normal caloric restriction diet didn’t experience such deterioration. Caloric intake was equal in both groups, so it looks like the negative effect was due to IF.

It’s likely that fasting, or famine, state puts stress on the body. Like exercise, this is useful in moderation, but fasting too much or too long can put too much stress on your body.

Intermittent fasting may be harmful for women

While there’s no good human data available, animal data shows that males and females react differently to caloric restriction/starvation. One study showed that caloric restriction slows down or completely shuts down reproduction in female rats and caused endocrine masculinization (balance of sex hormone shifted towards androgens – bad for acne). Anecdotal human experiences suggest that exercising too much or restricting calories is bad for some thin women with PCOS.

From my own fasting experiments, I can say that I start to experience problems focusing and become irritable when my fast goes beyond 18 hours. The few times I tried to fast by skipping dinner and breakfast turned out as complete disasters as concentration problems made it very hard to work those mornings. Nowadays, when I fast, I fast from lunch (2 to 3 PM) until breakfast (8 or 9 AM).

Should you try IF for acne?

IF is not for everyone and should be considered as an advanced technique, especially considering that studies show only moderate benefits on acne risk factors and in some cases may even worsen them.

You may benefit from intermittent fasting if:

In case any of the following apply, I wouldn’t try IF:

PaleoForWomen.com has a good article on problems IF can cause for women. If you are a woman and consider IF, I highly recommend you read Stefani’s article first.

Fasting is rather simple. Just don’t eat or drink anything with calories for a certain period of time, and there’s no need to complicate it further.

I like to think of intermittent fasting as ‘compressed eating window’. Let’s say you normally have your breakfast at 8pm and your last bite to eat at 8pm, so you have 12 hour eating window, and, consequently, fast 12 hours per day. During IF you would shorten, or compress, eating window to say 6 or 8 hours and would fast the rest of the day.

I recommend fasting between 14 and 20 hours. 14 hours is probably the minimum amount required for body to switch to primarily burning fat and for insulin level to really drop. On the other hand, fasts that go beyond 20 hours start to cause irritability and fatigue, making them difficult to stick to. Though if you are fat-adapted, that is your body burns mostly fat and you are on low-carb diet, then long fasts are probably easier to deal with.

Long fasts can also cause unwanted weight loss. All the human studies on alternate day fasting showed that the participants couldn’t eat enough during eating days to compensate for lack of calories during fasting days.

Feel free to position your eating window anywhere you want on the clock. Many people recommend fasting from 6pm to noon or 2pm the next day. As I mentioned, skipping breakfast is problematic for me and that’s why I fast from 2 to 3pm until 8 to 9am.

Try to avoid anything containing calories during fasting time, but feel free to drink coffee, tea, water and other non-caloric beverages.

For more details, I recommend you check out The Beginner’s Guide to Intermittent Fasting at NerdFitness.com.

Intermittent fasting is an interesting technique for fitting our Stone Age genes into modern day life. IF may lower insulin level and mTor activation and thus be helpful in acne.

That said, while it theoretically makes perfect sense and has compelling support from animal data, I would consider it as an advanced technique. Something you can play with and see if it works for you. But until we get more compelling evidence from human studies, I wouldn’t recommend it for ‘general consumption’.

Have you tried intermittent fasting? How did it work for you? Care to share tips with other readers? Use the comments below.

30 thoughts on “Is Intermittent Fasting Good For Acne?”