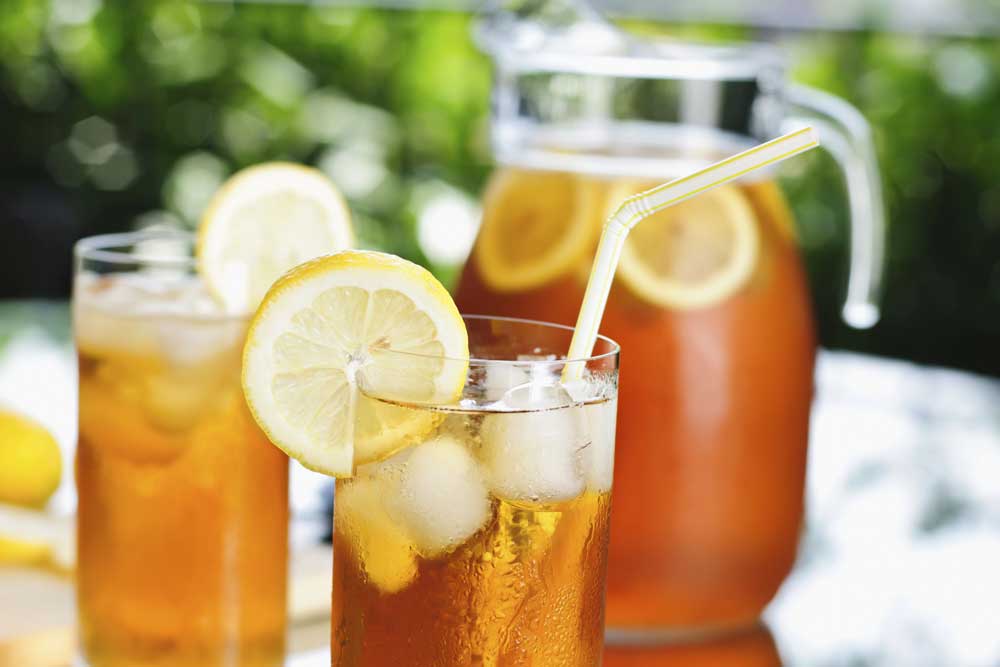 Cold water steeping is a new and popular way to make tea in Taiwan, especially during the summer months. In this post we’ll explore the antioxidant and health properties of cold water steeped tea and how they compare to traditionally prepared tea. We’ll also go over studies comparing green and white teas, the results of which just might surprise you.

This graph shows the results for antioxidant activity:

While hot infusions had somewhat more antioxidants than cold infused teas, we aren’t talking about massive differences, differences that may not have any real health effects.

I wouldn’t read too much into the differences between different tea types, as you’ll see soon. And indeed the researchers wrote that: “The purpose of this study was not to compare the antioxidant activities of various teas…”

Yang and colleagues from Chung Shan Medical University in Taiwan also compared the effect on various steeping methods to caffeine and antioxidant content.

This graph shows the effect of time and water temperature (4C or 25C).

Someone could teach these researchers better data presentation techniques. They crammed so much data into those small graphs that it’s hard to read them. Nevertheless, the overall message is that as steeping time increases, so does the antioxidant and caffeine content. Also, the values were higher for tea steeped in 25C water than in 4C water at all times.

Another gripe I have with this paper is that they also measured the antioxidant and caffeine content of teas steeped in 100C water for 4 minutes but failed to properly report the data. They only mentioned that compared to 4 minutes in 100C, cold-steeped tea had:

We can say that cold steeped tea is not quite as ‘potent’ as tea hacked in hot water. On the other hand, cold water steeped tea also has less caffeine and tastes better. 4 to 5 minutes in boiling water tends to make very bitter tea – a price you have to pay if you want to extract maximum amount of antioxidants.

Antioxidant degradation is a potential concern with cold water steeping, which requires much longer steeping times.

Yang et al. also checked if storing finished green tea degrades its antioxidant content. This result surprised me since in an earlier tea hacking post I reported about another study showing a marked degradation of green tea antioxidants. Here are the results from Yang et al.

As you can see, storing green tea in 4C for 48 hours had no effect on EGCG, the same holds true also for other tea antioxidants, but I’ll just report the data for EGCG. When stored in 25C EGCG content started dropping after 24 hours, but ever after 48 hours of storage only about 15% of the EGCG had degraded.

I don’t know how to reconcile these data with the data I reported earlier. The authors of this paper didn’t detail the storage conditions, other than temperature. I assume that the tea was protected from light and oxygen (two things that destroy antioxidants).

The take-away from here is that it’s ok to store tea for 12 to 24 hours in fridge. But given the earlier data I reported, I wouldn’t store finished tea longer than that.

White tea is made from young budding tea leaves and is less processed than green or black teas. People therefore assume that white tea is healthier than green tea (because of the processed = bad meme).

The effect of tea processing

Carloni et al. tested this assumption. The biggest problem in comparing different tea qualities is the massive variation between cultivars. Teas grown in different conditions (soil quality, environmental conditions, etc) can have massively different antioxidant levels. In this study the researchers eliminated this problem by using the same cultivar (i.e. the same plant grown in the same soil and under identical conditions). The only difference was the degree of processing.

Here are the results:

Surprisingly, green tea had over 2 times more EGCG than white tea. I can only assume that the processing green tea undergoes causes chemical reactions that create EGCG and other antioxidants.

All tea types had similar levels of caffeine.

Here are the results for average antioxidant content among the samples:

Rusak and colleagues from University of Zagreb, Croatia, confirmed these findings. They bought several green and white tea samples from a speciality tea shop in Croatia and measured catechin content and antioxidant potential of brewed teas. Their results also showed 20 – 30% higher catechin levels in green teas, a finding that was consistent in all measures of antioxidant levels and potential.

Based on these studies (and others I’ve seen) green tea seems just as healthy as white tea. Other than taste preference, I see no good reason to pay premium for white tea.

One caveat I have to mention. Vendetta and colleagues (the research team in the first study in this post) showed that white tea faired better in cold water steeping than in hot water steeping. They speculate that white tea may have antioxidants that are destroyed by heat. But nobody has confirmed this and I just mention it as sake of completion.

Ever since a reader tipped me off to cold water steeping I’ve been testing this. And I have to say I’ve been converted. This is an easier way to have green tea available at all times. I usually have a bottle brewing at all times. In the evening I just dump tea leaves into a bottle, fill it with water and put it to the fridge. The tea is ready in the morning and I’ll finish the bottle during the day.

Cold water steeped tea is not quite as potent as tea hacked in hot water, but it also has less caffeine and tasted better. And I find I drink more green tea when I have it readily available.