Blog » Diet » Gluten And Acne: Can Bread Give You Acne? 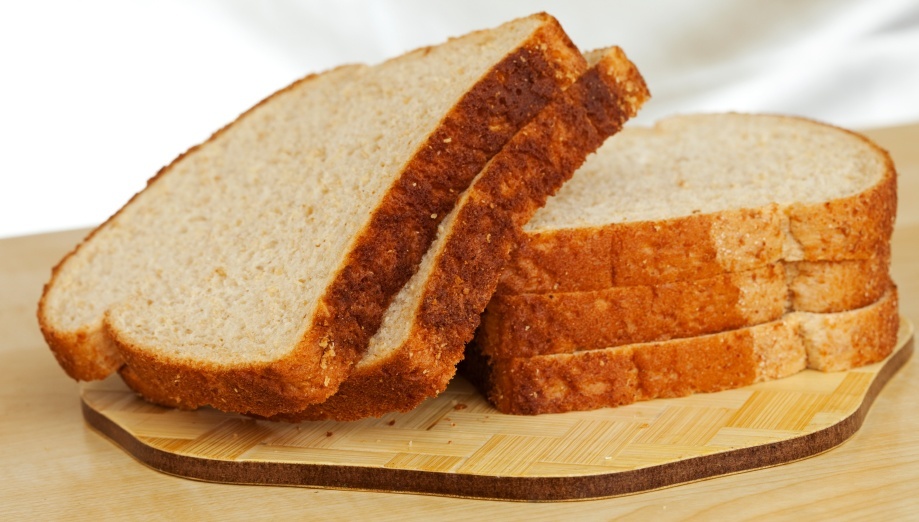 Gluten And Acne: Can Bread Give You Acne?

Gluten And Acne: Can Bread Give You Acne?

Nowadays you can’t open a magazine without reading about the dangers of gluten. According to the hype there’s no end to its evils. Many people even say gluten causes acne. Should you take these claims seriously and abandon your daily bread?

The short story is that gluten can cause problems for a portion of acne patients, but it’s by no means a problem for everyone. Those with persistent acne that resists other treatments should try gluten-free diet for at least for a few weeks.

In this post I’ll give you a level-headed account of the evidence, and hopefully help you to understand if gluten causes problems for you.

Gluten is a common protein found in wheat and related grains. It’s the substance that makes bread dough sticky. And because it’s sticky it’s also used as binding agents in many personal care products, for example there can be gluten in your shampoo, toothpaste and makeup.

Exposure to most gluten comes from eating grains. However many processed foods contain either wheat flour or gluten, so you may be exposed to gluten even from non-grain foods. Celiac.com has an extensive ‘unsafe foods list’.

What is gluten sensitivity

Gluten sensitivity refers to a condition where the immune system reacts negatively to gluten. This causes an inflammatory reaction in the gut and over time can lead to severe small intestine damage. Celiac disease is a severe form of gluten sensitivity where the reaction is immediate and often very painful. In this article we’ll focus more on gluten sensitivity that is much harder to pin down due to lack of clear symptoms.

People who are gluten sensitive don’t often get immediate symptoms. However symptoms like these can manifest over time.

Can gluten cause acne

Dermatologists often dismiss people who say gluten causes their acne. That’s because gluten sensitivity isn’t always linked to visible and measurable small intestine damage (as is the case with celiac disease). Celiac disease often also comes with other symptoms that are absent from gluten sensitive people.

It’s not becoming obvious that doctors have dismissed these claims too early. Researchers are identifying what they call ‘silent gluten sensitivity’. People suffering from this don’t exhibit the normal range of symptoms of celiac disease. And yet, eating gluten causes real problems for these people. Wikipedia states that approximately 6% of the population can suffer from this silent form of gluten sensitivity, whereas celiac disease affects less than 1%.

This silent form of gluten sensitivity can be diagnosed by measuring antibodies against gluten (medically known as anti-gliadin antibodies or AGA for short).

How gluten can cause acne

In the gut-skin axis page I explained the importance of gut health on acne. Gut problems can increase systemic inflammation and deplete your antioxidant reserves, and this can indirectly hurt your skin. These problems are much more common among acne patients than the general population.

There are no studies on the gluten-acne connection, so we can only speculate here. It’s my guess that gluten causes damage to the small and large intestines (this has been proven by countless studies), and through that way aggravates acne.

Gluten and other skin conditions

There are no studies measuring the effect of gluten on acne, but we can draw some conclusions based on studies of other skin conditions. We can do this because most skin conditions are affected by inflammation. So if something aggravates eczema inflammation there’s a good chance the same thing also aggravates acne in acne-prone people.

So here are a few studies linking gluten to other skin conditions:

There are of course negative studies also (science is messy with contradicting studies). One reason is that gluten sensitivity is not an issue for everybody. It affects a portion of the people, and for those people it can cause real problems (acne and other skin conditions included).

How do I know if I’m gluten sensitive?

There are also common risk factors:

Elimination diet is another ways to test how your skin reacts to gluten. Cut gluten out of your diet for some time and see what happens to your skin. How long should you stay off gluten? I would assume that many people see some improvements in the first 3 to 4 weeks, but some people in the comments mentioned having to wait for 2 months before their acne got better.

So what to do if you discovered you are gluten sensitive? Do you have to go 100% gluten-free for the rest of your life?

I don’t think I can give you a simple and clear-cut answer to this. People vary in how sensitive they are to gluten. Some people (me included) can tolerate some wheat products every now and then. Personally I don’t bother with avoiding hidden sources of gluten. The amounts from those sources are much smaller than what you get from eating gluten-containing grains. I avoid (most of the time) the major sources of gluten (wheat, rye and related grains) and leave it at that. This works for me and I’m not too bothered about the occasional pimple I get.

You, of course, have to find your own balance between convenience and skin health. And you can only find it through experimentation and trial and error. Start with the elimination diet for 3 to 4 weeks and then experiment with adding small amounts of gluten back to your diet (if you wish) and see what happens.

So-called pure oats don’t contain gluten. However the problem is that oats are often processed with the same machinery that handles wheat. So oats often get contaminated with gluten in the process. This gluten contamination can cause problems for celiac sufferers, and possibly even to those with gluten sensitivity.

Pure oats that are certified gluten-free should be ok to eat. A Healthy Canada study concluded this:

Based on the majority of the evidence provided in the scientific database, and despite the limitations, Health Canada and the Canadian Celiac Association (CCA) concluded that the majority of people with celiac disease can tolerate moderate amounts of pure oats.

Introduction of oats in the diet of individuals with celiac disease: a systematic review.

Exercise caution with oats. Choose oats labelled gluten-free and by all accounts you should be fine.

There’s a good reason to believe gluten causes problems for a portion of acne patients and remain completely safe to eat for others. For people who are sensitive to it, gluten causes damage to the small and large intestines, leading to leaky gut syndrome. This increases systemic inflammation, depletes antioxidants and though that way aggravates acne.

Gluten is a fairly common trigger for people suffering from persistent acne that resists other treatments. That’s why I recommend anyone with persistent acne to abstain from gluten for 3 to 4 weeks. This should be enough to assess how your skin reacts to it. If sensitive, the only known remedy is to avoid eating gluten.

50 thoughts on “Gluten And Acne: Can Bread Give You Acne?”