Blog » Skincare » Can You Use Fresh Green Tea As Toner? 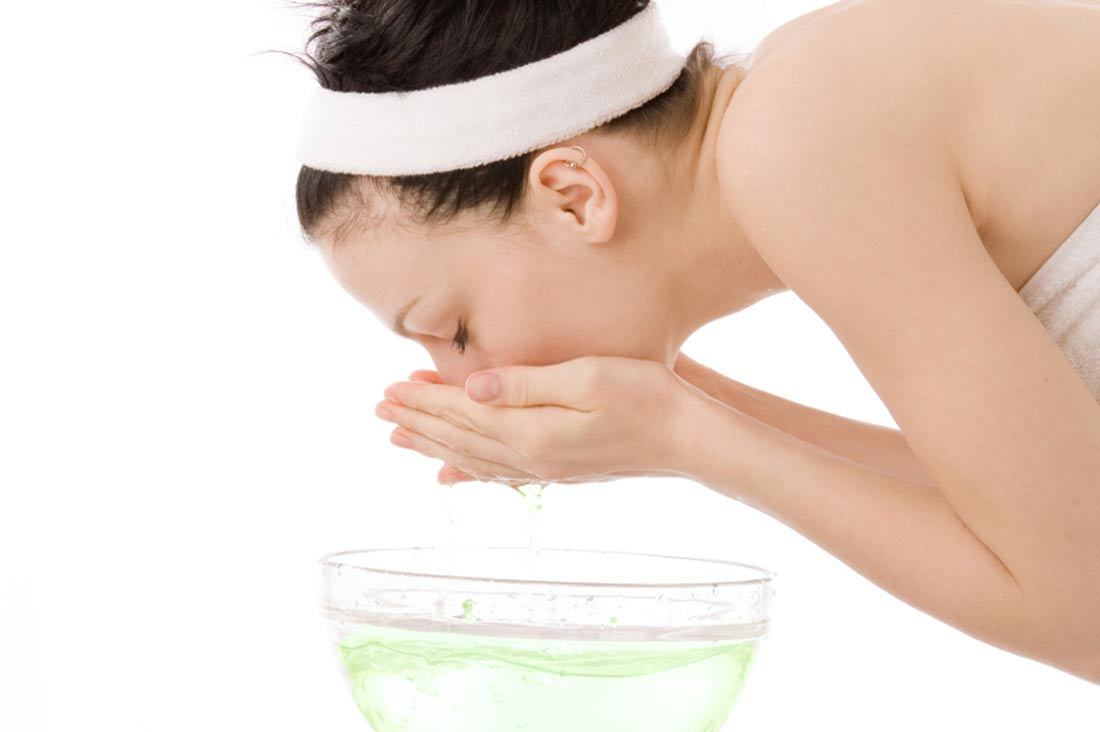 Can You Use Fresh Green Tea As Toner?

Can You Use Fresh Green Tea As Toner?

I’ve been writing about green tea quite a bit here. And one of the questions I keep getting is where to get it and how to use it. Since I at times write about bleeding edge research, no commercial solutions are available and people resort to DIY solutions. In the case of green tea people often just swipe a used teabag over their face.

That’s certainly a cheap and simple option, but is it effective? Can you get the same results I’ve written about just by using brewed green tea? In this post I want to answer this question, to the best of my ability.

Using brewed green tea we run into a few potential problems. First one is dosage, can you get enough epigallocatechin gallate (EGCG) from brewed green tea to reach an effective dose. Second, can you get green tea absorbed through the skin? And finally, what’s the shelf life of this DIY solution, i.e. how often you have to brew the tea?

Before we get started, I want to put a disclaimer out there. This post is far more speculative than my other posts. There are just too many unanswered questions here and I have to make several assumptions. So don’t take this post as the ‘final word’ on the topic. I’m simply taking my best shot here at answering a difficult question.

My main concern is whether you can get enough EGCG into your face from brewed tea.

Based on these assumptions we can do simple math:

Since 2% green tea cream has been shown to both reduce sebum production and effectively treat acne, let’s use this as the target dosage. So now we have to figure out how to get 12mg of EGCG from brewed green tea on your skin.

A cup has 250ml, with 150mg of EGCG per cup it means there is 0.6mg of EGCG per ml of tea. Let’s make this a bit more concrete and talk about teaspoons instead of millilitres. A teaspoon has 5ml, so a single teaspoon of green tea has 3mg of EGCG. To reach the effective dosage of 12mg you need to apply 4 teaspoons of tea on your face.

I don’t know about you, but I’m not sure if you can get 4 teaspoons of liquid tea absorbed through the skin at one sitting. Maybe you can, I really don’t know, but I’m skeptical of it.

Of course you can always brew stronger tea and increase the amount of EGCG per teaspoon, and that means fewer teaspoons to reach the effective dose.

As I mentioned, these calculations are rough at best and rely on some off the cuff assumptions. While they may be wrong, I think they are on the right ballpark. It looks feasible to reach effective dose using brewed green tea.

Aside from dosage, my other major concern is skin penetration and absorption. Is it possible to get green tea absorbed through the skin, and if so what percentage of it gets absorbed and what just sits on the skin and slowly evaporates?

Reading about skin penetration and absorption, I came out with the following points:

Unfortunately this is a question I cannot definitively answer. I’m sure some EGCG gets absorbed from brewed tea, as bathing/showering can be a major source of chemical exposure.

For more information about skin penetration and absorption, I recommend reading these two articles:

Shelf life is the final concern of this DIY solution. So can you brew the tea in bigger batches or do you have to make a fresh brew every time?

What this means for you? Plain green tea ‘as it is’ is only good for a single application. Adding some vitamin C allows you to store it overnight and get 2 applications out of it. After that you have to brew another batch.

What about user reviews?

Sometimes we just don’t have enough scientific data to answer a question. In those times we have to resort to the most unreliable form of evidence testimonials and user reviews. So let’s dip to the bottom of the evidence barrel and see what other people have said about topical green tea.

The reviews at acne.org mix both drinking green tea and using it topically, but we can live with that.

Overall the reviews are very positive. At acne.org it gets 4.4 out of 5, while MakeupAlley users rate it as 4.5 out of 5. At both sides over 90% of the users would buy it again or recommend it to a friend. I should also note that some people, minority though, said that topical green tea made their acne worse.

So overall the user reviews are very positive.

I just have to point some problems with these.

My point is that take these reviews with a grain of salt. They do show there’s potential to this DIY green tea treatment.

At acne.org I also noticed reviews for green tea honey mask. This sounds like it could be a good idea. Mixing green tea with honey allows the mixture to stick to your face for longer, which of course helps with skin penetration and absorption.

People said that they mixed some green tea leaves with honey and spread the mixture on their face. Don’t do this. It’s very unlikely that contact with honey extracts any catechins from green tea. You have to steep them in hot water to get the catechins out, and then mix the tea with honey.

Let’s say you’ve decided to give this a go. How would you go about this? Well, this is how I would do it.

As with all acne treatments, consistency is the key. You need to do this every day over several weeks to really see results. Many of the studies using green tea started showing good results only after 4 weeks. So be patient.

That’s it for this post. I hope you found it helpful. Please let me know what you think in the comments below. Also if you noticed some problems with my assumptions or calculations, please let me know so I can get them sorted out.

43 thoughts on “Can You Use Fresh Green Tea As Toner?”