Blog » Diet » Should You Be Concerned Over Fluoride In Green Tea 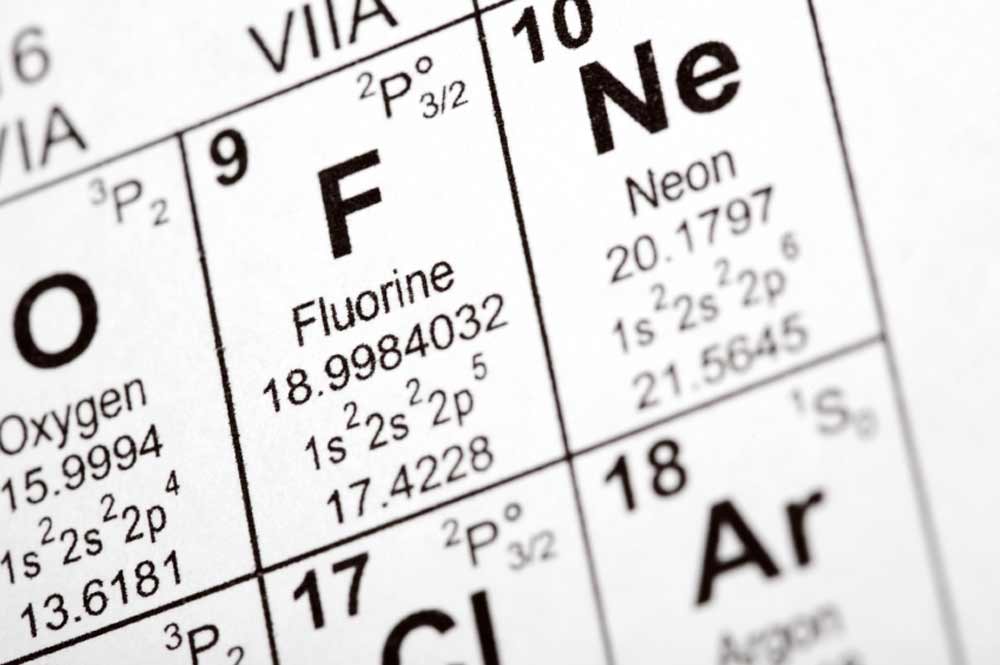 Should You Be Concerned Over Fluoride In Green Tea

Should You Be Concerned Over Fluoride In Green Tea

There’s really no such thing as free lunch when it comes to health. For a long time I thought there are no downsides to drinking green tea. Until I learned that tea has a lot of fluoride, which of course can be toxic in high amounts.

So should you be concerned about fluoride in green tea? In this post we’ll look at how much fluoride there really is in green tea and whether that can cause any problems.

Toxic fluoride exposure from tea is not just a theoretical concern. I found two case reports published in medical journals documenting this. However, in both cases the women had consumed a lot of tea.

This one talks about a 49 year old woman who reported drinking 2 gallons of extra strength instant tea every day since she was 12 years old, so for 37 years. The tea as she prepared it had 5.8 mg/L of fluoride (including the fluoride in tap water). So she got about 35 mg per day from her tea, a way above recommended exposure limits.

In another case report a 48-year old woman reported drinking 1 – 2 gallons of brewed black tea per day. She bought the cheapest brand and used 7 twin bags per US gallon of water. The paper estimates that her tea had 3.87 mg/L of fluoride, which gives her total daily exposure of 14.6 – 36.9 mg – again far exceeding the limits.

But we have to consider these as extreme cases. Under normal circumstances tea doesn’t exposure you to dangerous amounts of fluoride.

How much fluoride is too much?

And so it is with fluoride. In small doses it can protect the teeth, but in larger quantities it can be very dangerous. To assess whether fluoride in tea is a problem, we first have to understand how much fluoride can be safely ingested.

National Academy of Sciences reviewed EPA’s standards on fluoride drinking water, and concluded that the maximum contaminant level of 4m g/L is too high. They didn’t advice on new limits, but noted that at concentrations of 2 mg/L only caused minor side effects, some dental discoloration in a small portion of the population.

Going by these two sources, I think it’s safe to use 6 mg/day as guideline for maximum fluoride exposure.

How much fluoride in a cup of tea?

Several studies have measured the amount of fluoride in tea.

A study from Hong Kong looked at the amount of fluoride in tea leaves from Guangdong Province in China. They found 0.6-2.8 mg/g in fallen tea leaves and 0.3-1 mg/g in young leaves. They also measured the amount in brewed tea, with the following results: 7.34 mg/L in brick tea, 1.89 mg/L in black tea and 1.6 mg/L in green tea. Brick tea is a low quality black, tea made from old, fallen tea leaves. This paper also noted that brewing tea extracted 24 – 83% of the total fluoride in tea leaves.

Another study looked at teas available in Turkey. It found 0.57 – 3.72 mg/L in black teas, and considerably less in herbal teas (0.02 – 0.04 mg/L). Unfortunately the study abstract didn’t mention anything about green tea.

I have a few more studies in the bag, but I don’t want to bore you by going over all of them. The results are more or less in line with what’s reported here. Based on these results it looks like most better quality black teas have less than 2 mg/L of fluoride. Most studies showed that green and white teas have less fluoride than black tea. Exactly how much is hard to say from such a limited dataset. Perhaps we can use 1.5 mg/L as off the cuff estimate, which is the drinking water guideline set by the World Health Organization.

Though, one researcher noted that the methods used in many studies actually underestimate the amount of fluoride. According to him, using better measurements shows 1.4 – 3.3 times higher fluoride levels. I did find two Chinese studies that showed quite a bit higher amounts per cup. At first I thought them as outlier studies, but it’s possible they used different measuring methods.

Other observations from the studies:

Tea is probably not your only exposure to fluoride. Most states in the US have 0.7 – 1.2 mg/L of fluoride in tap water. In areas where’s there’s a lot of fluoride in the soil, this figure can be even higher. Check with your local authorities.

According to the National Academy of Sciences, tap water accounts for 57 – 90% of total exposure to fluoride for the average person. So for our purposes we can just focus on tea and tap water and ignore the other sources.

You are still within our guideline value of 6 mg/day. The best evidence to date shows that might put you at a minor risk of dental discoloration, but that’s about it.

But what if those measurements underestimate the amount of fluoride in tea? This is a hard to say. But all epidemiological studies show health benefits from consuming 5 to 6 cups of green tea per day. I don’t remember any study mentioning higher risk from fluoride.

So I wouldn’t worry too much about fluoride in tea, especially if you go for better quality, loose leaf teas.

Tea contains naturally fairly high amounts of fluoride. The plant picks it up from the soil and brewing process extracts most of it from the leaves. However under normal circumstances this is probably not something to worry about.

Published case reports show cases of skeletal fluorosis from tea. But in all of these cases the people drank 1 – 2 gallons of low quality tea every day for decades. Studies looking at fluoride content in brewed tea show only moderate amounts content in higher quality teas. Lower quality and ready to drink tea beverages may have significantly more fluoride.

Quick calculations show that drinking 5 cups of tea still keeps you within safe exposure limits. But you should be careful if you live in an area with high amounts of natural fluoride in ground water.