Blog » Supplements » Science: Fish Oil Treats Acne – And Who Should Not Use It 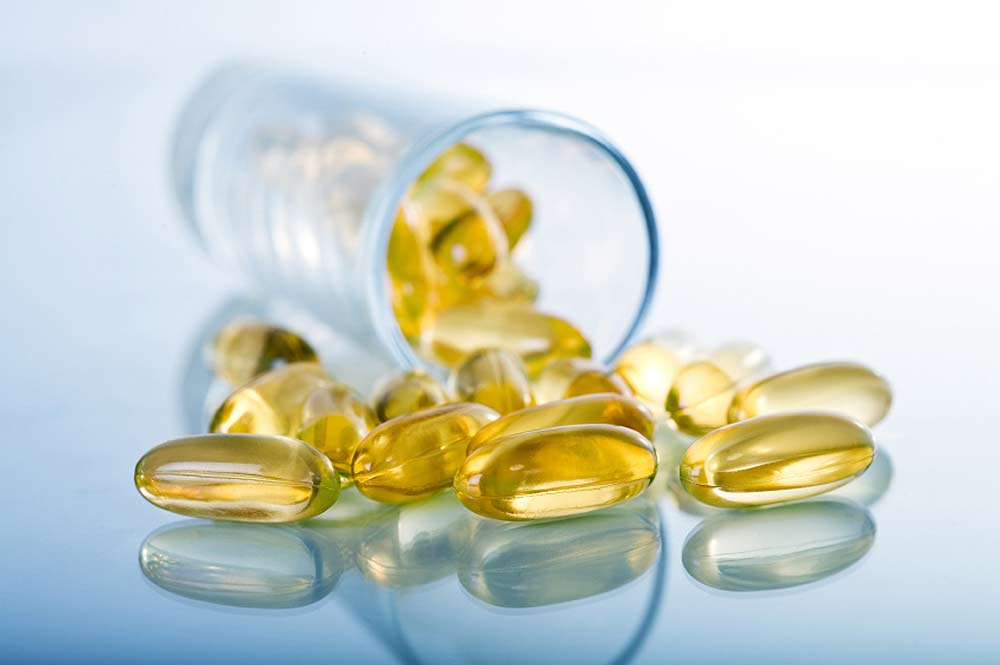 Science: Fish Oil Treats Acne – And Who Should Not Use It

Science: Fish Oil Treats Acne – And Who Should Not Use It

When it comes to supplements, fish and cod liver oil bring home to the most positive emails and feedback. And there’s a reason why. Studies have shown taking fish oil can reduce acne by 42%. It can be especially helpful for women struggling with hormonal issues – and the acne that comes with them.

In this post I want to talk about how to use fish oil to treat acne. Does it help? how much you should take? and who should avoid it? are just some of the questions we’ll cover in this post.

Other studies show fish oil can improve the caused of acne. It can help women struggling with hormonal issues, such as premenstrual breakouts or PCOS-related acne.

Fish oil contains omega 3 fatty acids. However, not all omega 3 fats are created equal and this can cause confusion. So let’s take a brief look at the different omega 3 fats.

While ALA is certainly healthy, studies show it doesn’t have the same benefits as EPA and DHA have. Animals can convert ALA into EPA, DHA and other long-chain omega 3 fats, but this conversion is very limited in humans. That’s why we need to get them from diet or supplements.

In February 2014 Korean researchers released a study that showed supplementing with omega 3 or gamma-linolenic acid (GLA) reduces inflammatory acne by 40 to 50%. I wrote about the study in detail here, so I’ll just show you the results here.

This graph shows the change in number of pimples after 10 weeks of supplementation (as compared to the beginning of the study).

Prior to this one, only one small study had looked at the effect of fish oil on acne. Khayef et al. gave 13 men fish oil capsules for 12 weeks. The supplement delivered a daily dose of 930 mg EPA, 720 mg DHA and 174 mg DPA.

The results are inconclusive, at best. There was no change in acne severity when you look at the group as a whole. However, most people with moderate/severe acne improved while people with mild acne got worse. The study also showed slight decrease in redness of the skin.

These 2 studies show taking fish oil may reduce acne. But we can’t conclude anything definitive from just 2 studies, one of which was very poor. So think of this as something to try, rather than proven treatment for acne.

We can get more clues by looking at how fish oil affects acne causes.

The effect of fish oil on acne causes

Fortunate fish oil and omega 3 supplements have received a lot of research love. Many of the studies also look at their effect on acne causes: hormones, insulin resistance and inflammation. Let’s take a look at what those studies show.

Unfortunately, no one has studied how fish oil supplements affect hormones in acne patients. But there’s good evidence to show that fish oil supplements are helpful in women with polycystic ovary syndrome (PCOS). Underlying both acne and PCOS are similar hormonal imbalances, so we can quite safely assume that what works for PCOS is also helpful in acne. Not to mention that many women with PCOS also have acne.

Perhaps the most interesting paper was published in 2011 in The American Journal of Clinical Nutrition. Phelan et al. studied 109 women with PCOS and showed that women with higher omega 6/omega 3 ratio also had higher androgen levels. They divided the women into two groups based on blood levels of omega 6 fats. This graph shows androgen levels in both groups:

In other words, women with higher blood levels of omega 6 also had quite a bit higher testosterone and DHEAS levels, both of which have been linked to acne.

The same researchers followed this up with another study where they tested the effect of omega 3 supplements on PCOS. The supplement delivered 1900 mg of EPA and DHA (combined) per day. This graph shows the results:

As you can see, there was a nice drop in bioavailable (free) testosterone and small drop in DHEAS levels in the omega 3 group. Again, both of these move the needle to the right direction as far as acne is concerned.

Not quite content with these results, the researchers further tested the effect of various fatty acids on androgen producing cells in ovaries.

Here are the results:

Eyeballing from the graph, AA (arachidonic acid, a common form of omega 6) triggered about 40% increase in androgen secretion as compared to EPA or DHA.

What this paper showed is that omega 6 levels and omega 6/3 ratio affects androgen levels in women with PCOS. I suspect that the same is true for non-PCOS women struggling with hormonal acne.

I also found 4 other studies that tested omega 3 supplementation on PCOS. 3 of these showed improvements insulin or androgen levels while one study showed no effect.

Studies on men and women without PCOS quite conclusively show that fish oil or omega 3 supplements have no effect on insulin resistance.

A 2011 review of high-quality studies on the topic concluded the following (n-3 means omega 3):

This was mirrored in a 2012 systemic review of high-quality studies on metabolic syndrome:

There is no evidence of beneficial effects of VLC n3 PUFA on the blood glucose control of MS [metabolic syndrome] patients and may even be harmful at high doses.

The effect of EPA and DHA on metabolic syndrome patients: a systematic review of randomised controlled trials

In conclusion, there’s conclusive evidence that, outside of PCOS, omega 3 fats have no effect on blood sugar or insulin levels.

Human data on anti-inflammatory effects of omega 3 fats remains inconclusive. Despite most studies showing improvements in some inflammatory markers, there’s no consistency between studies.

A 2013 systemic review of high-quality studies concluded the following:

Observational studies in healthy adults support the recommendation that a diet rich in n-3 fatty acids may play a role in preventing and reducing inflammation, whereas intervention studies in healthy adults have yielded inconsistent results. The majority of intervention studies in adults with features of MetS have reported a benefit for some inflammatory measures; however, other studies using high n-3 fatty acid doses and long supplementation periods have reported no effect. Overall, the data reviewed herein support recommendations for regular fatty fish consumption and point toward health benefits in terms of lowering inflammation in adults with one or more features of MetS.

In plain English: some studies show good results, some show poor results and we can’t really say for sure whether they work or not.

A possible explanation for the confusing results is that the anti-inflammatory effect of omega 3 fats is less due to omega 3 and more due to inhibition of inflammatory omega 6 fats.

Excessive omega 6 fats are known to be inflammatory and linked to development of insulin resistance and metabolic syndrome. As omega 3 and 6 fats compete for the same enzymes in the body, taking omega 3 can reduce the effect of omega 6.

Think of a traffic jam forming when multiple lanes of traffic converge into a single lane. All the cars have to pass through the same lane, so each car has to queue for its turn.

Regardless, there’s evidence to show taking fish oil or omega 3 supplements has some anti-inflammatory effect, though reducing omega 6 intake is probably a better strategy for reducing inflammation.

So what to make of all this data? Who should take fish oil (or other omega 3 supplements) and who is better off saving money? Here’s what I would recommend:

Whether you supplement or not, make sure you get omega 3 fats from your diet, by eating fatty fish, omega 3 eggs and flax seeds. That, combined with restricting omega 6 intake, should help to bring your omegas back to balance.

Fish oil and omega 3 fats are among the few supplements science has shown to be useful. Studies show they can reduce acne, and they can be very helpful in women with acne that’s related to hormonal problems (PCOS, hyperandrogenism, etc.).

31 thoughts on “Science: Fish Oil Treats Acne – And Who Should Not Use It”