Blog » Quackery » Estroblock For Acne – Looking Beyond The Hype 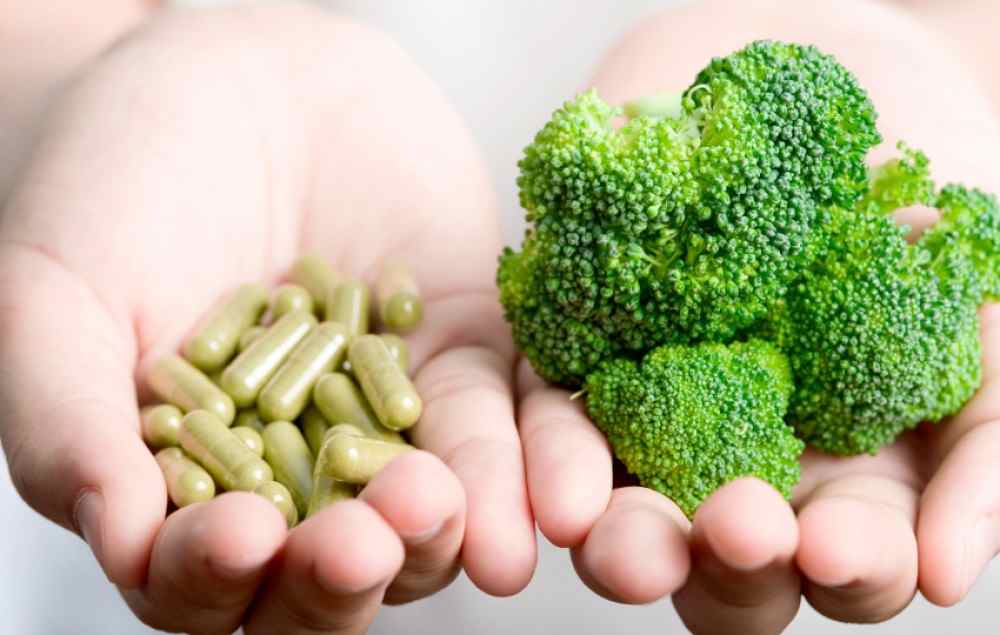 Estroblock For Acne – Looking Beyond The Hype

Estroblock For Acne – Looking Beyond The Hype

Spend a few minutes online and you’ll come off convinced EstroBlock is the next best thing since sliced bread. This ‘miracle supplement’ is all rage in various natural acne cure blogs and forums. Sellers claim it ‘detoxifies toxic estrogens’ and thus protects against breast cancer, gets rid of stubborn fat and, even cures acne.

I occasionally get questions about EstroBlock, so let’s apply some skepticism and critical thinking and see how well this supposed miracle supplement stands up to science and critical scrutiny.

The short story is not well. Not well at all. DIM, the substance in EstroBlock, shows potential in cancer prevention, but the data is too preliminary to conclude anything. Yet, the sellers show remarkable ignorance of science (or lack of ethics) while making overcooked claims about this potentially useful supplement.

EstroBlock is a supplement containing Diindolylmethane (DIM) and Indole 3-Carbinol (I3C). I3C is a substance found in cruciferous vegetables and is thought to be one of the reasons they are so healthy. In acidic conditions, such as in the stomach, I3C is converted into DIM. I3C works purely as DIM precursor and doesn’t seem to be absorbed.

In order to justify higher prices EstroBlock website claims other DIM supplements are useless since they are not absorbed properly. Their words: “Most other brands use what is called crystalline DIM which has almost no absorbtion into the body.” They also claim 500% higher absorption than other brands.

I can’t say for sure, but it looks like they are using a patented form of DIM called Bio-Response DIM (BR DIM). Human studies comparing absorption rates between normal and Bio-Response DIM haven’t been published, apparently some have been presented in medical conferences. One study in mice found BR DIM had 150% better bioavailability than normal DIM.

While it’s true that BR DIM has better bioavailability it doesn’t mean that other DIM supplements would be useless.

How EstroBlock fools you about science

While they don’t directly claim it, the EstroBlock website strongly implies that their supplement can prevent breast and other cancers – as well as help you to lose weight and cure acne. One of the most prominent headlines on their home page reads “Scientifically proven to protect you”, under which has a headline reading “Cancer protection”. The copy further reinforces the idea that the supplement can protect against cancer.

Given the claims you would think that the section titled “Journal references” contains several many, or at least some, studies showing that the supplement can indeed protect against cancer.

So you would think. Alas, that’s not the case. Not even close.

While the papers they feature on the ‘Journal references’ page have impressive titles, such as “Indole-3-carbinol and prostate cancer” and “Targets for indole-3-carbinol in cancer prevention“, there’s nothing there that shows EstroBlock actually prevents cancer, or any other disease, in humans.

They feature tons and tons of extremely preliminary research. Test tube and animal studies examining possible mechanisms by which DIM might prevent cancer. These are studies that, for example, look at the effect incubating individual cells in DIM has. It’s highly dishonest to claim, even infer, from such studies that DIM would have similar effects in living humans.

There are some preliminary human studies that show shifts in estrogen metabolites in people taking DIM. But it’s not clear whether that affects disease outcomes.

Diindolylmethane is a compound found in cruciferous vegetables including broccoli, cabbage, and cauliflower. It showed anticancer effects in laboratory and animal studies. However, human studies are limited.

Out of 100 cancer cures that show promise in test tube and animal studies maybe 1 has any potential as actual treatment, and that’s when you are lucky. The scientific literature is littered with promising cancer cures that, for whatever reason, didn’t work in humans.

Will DIM work as cancer treatment in humans? It may, but then again it may not. Nobody knows yet. It’s true that it shows promise and the National Institutes of Health is currently testing it in humans, but until those studies are complete we just don’t know.

The problem is that the EstroBlock website gives an impression of scientific legitimacy and support when that’s not even remotely the case.

I can think of two reasons for this. One, they are clueless and have just compiled a list of studies without understanding what they mean. Or, they outright deceive people, knowing full well that the vast majority of their readers are impressed with a long list of complicated looking references.

I’m not sure which is worse.

One of their more ridiculous claims is that excess estrogens cause acne. Have they been completely asleep for the past 2 decades when a study after study has shown that it’s androgens, male sex hormones, that cause acne – not estrogens!

There’s very little research on how estrogens affect acne, but all the research points to estrogens protecting against acne, probably by opposing the effect androgens have on the skin, which is the reason why doctors prescribe birth control pills for women with acne.

Role of hormones in acne vulgaris by Arora, et al. had this to say about estrogens (emphasis mine):

A case control study conducted in north Indian population reported low serum estrogen levels in patients with acne vulgaris as compared to controls. Also, when a woman’s estrogen levels decline, as they do just  before the beginning of a menstrual cycle, acne may worsen [30]. This is also supported by the fact that acne is commonest at puberty because of the low level of estrogens and progesterone during the first few menstrual cycles.

As I said, research on the effect of estrogens on acne is still limited, but based on the currently available evidence reducing or ‘detoxifying’ estrogen is the last thing anyone with acne would want.

The relationship between xenoestrogens and sex hormones may not be as simple as some people would have you believe. For example Galloway et al. found that BPA exposure was associated with slightly increased total testosterone level in men, yet no change was seen in women, and even in men there was no change in bioactive (free) testosterone.

Nobody denies that xenoestrogens may have negative health effects, especially in infants and young children, and perhaps some day science learns that xenoestrogens do cause acne. But until such time I’m going to consider this just another made up disease promoted by alt-med and natural health quacks.

There’s some preliminary research showing DIM can act as anti-androgen. Unlikely estrogens, there’s a well established link between androgens and acne. In fact, people without functional androgen receptors in the skin don’t get any acne.

There’s also highly preliminary evidence to suggest DIM might turn down (down regulate in medical speak) the mTor pathway. As I wrote here, the mTor pathway is sort of a master regulator in acne. It affects sebum production, skin cell growth and all the other factors known to affect acne.

EstroBlock and DIM supplements are more than likely to be safe and unlikely to cause side effects for most people. However, you should keep in mind that all supplements, regardless of how natural they are, have the potential to cause negative side effects. A recently published case report talks of a woman who developed blurry vision and severe headaches after taking DIM supplements for 2 months. Her vision started improving 2 weeks after stopping DIM and returned to normal after 8 weeks.

At the moment there’s no evidence to show EstroBlock is good for anything. While DIM and I3C show promise in cancer prevention the evidence is too preliminary to conclude anything.

There’s no evidence to support the notion that ‘toxic extrogens’ cause acne, in fact, all the evidence points to estrogens reducing acne. That said, it’s possible DIM reduces acne through other mechanisms, such as blocking androgens.

Of course lack of evidence doesn’t in anyway mean that EstroBlock (or other DIM supplements) wouldn’t work. It just means we don’t know. The intellectually honest, not to mention ethical, choice would be to wait for validation in human studies before making grand claims about your products.

It seems that EstroBlock is more interested in appearing scientific than going through the scientific process of vetting and validating their claims.

131 thoughts on “Estroblock For Acne – Looking Beyond The Hype”