Blog » Diet » Coffee Cause Acne? The Schizophrenic Effect of Coffee on the Skin 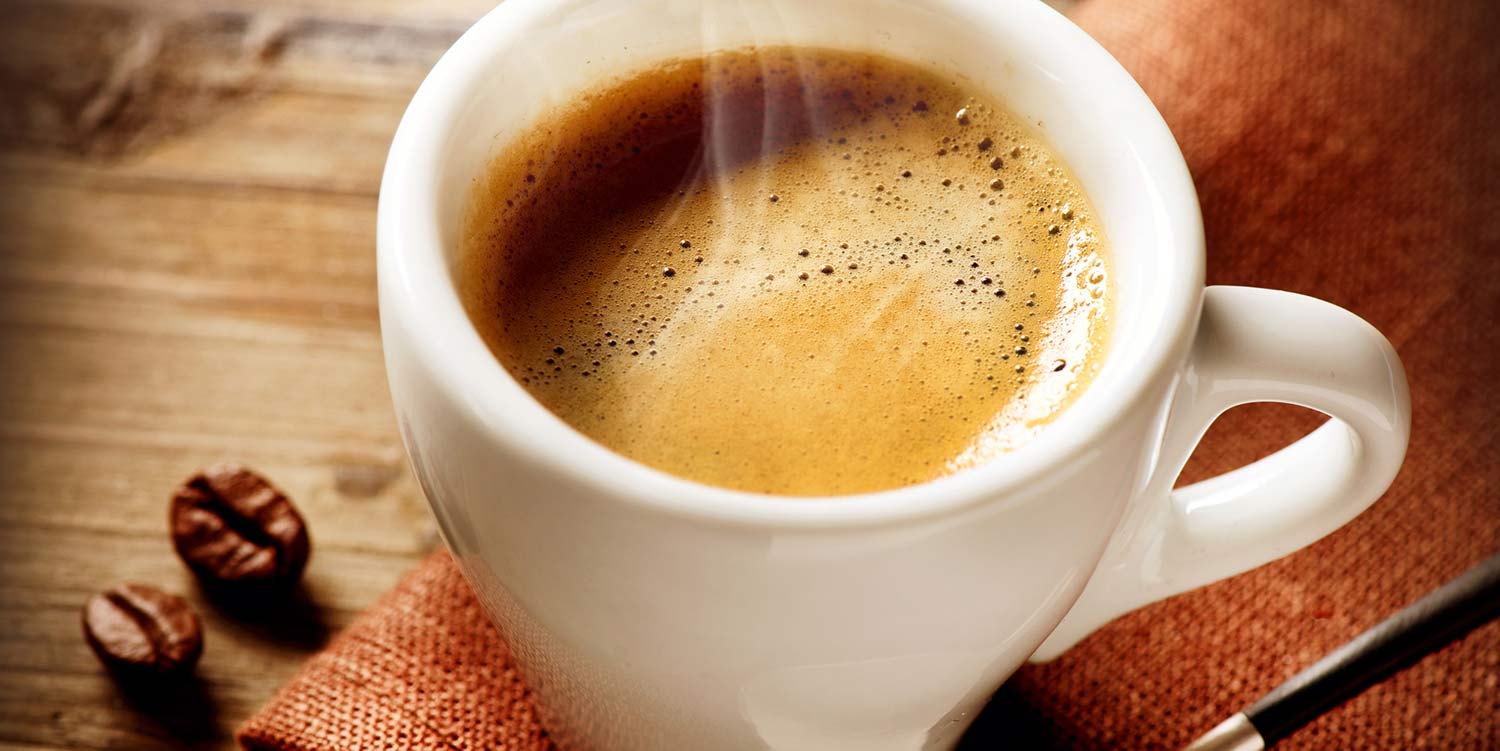 Coffee Cause Acne? The Schizophrenic Effect of Coffee on the Skin

Coffee Cause Acne? The Schizophrenic Effect of Coffee on the Skin

Everyone loves a cup of coffee in the morning, right? Whether it’s a straight shot of espresso from your home coffee machine to help you feel more alert, or a delicious milky latte from a coffee shop on the way to work, millions of us enjoy at least one coffee-containing beverage every day.

If you’re a coffee lover and an acne sufferer, you’ve probably already heard about the links between your favourite drink and the condition of your skin – though there are staunch advocates who insist that drinking coffee has a multitude of benefits for the body in general. There are women who claim that giving up coffee has helped them achieve clear skin, but there are experts who state that coffee’s antioxidants and ability to reduce insulin sensitivity can also clear up those pimples.

So what is the truth? Does coffee cause acne? Will giving up coffee get rid of the pimples? Does coffee have underlying benefits that could help the skin? We’ve reviewed all the evidence – let’s look at the somewhat schizophrenic effect that coffee has on the skin.

Coffee and acne: in a nutshell

Scientists have not yet completed any studies to help us establish whether drinking coffee affects acne or not – but we can make a number of assumptions based on the known effects that coffee and caffeine have on the body.

As anecdotal evidence goes, there are women out there who swear that giving up coffee helped their skin. It’s hard to use this as concrete proof, however, especially as we can’t say for sure what type of coffee these ladies were drinking regularly. Obviously, if you add lots of milk and sugar to coffee (or order a sugar-laden coffee drink at your local coffee shop), your skin is going to pay for it – we’ve already established here on the blog that milk and sugar can be triggers for acne.

Aside from this, even pure black coffee can have an effect on the skin.

The truth is that coffee has the potential to cause a range of both good and bad effects. Coffee has been known to activate the stress response, which can cause the skin to produce more oil and trigger acne-causing hormones.

On the flip side, regular coffee consumption is linked to a lower risk of Type 2 diabetes, and can improve insulin resistance. We already know that insulin plays a central role in the development of acne, and if resistance is improved, it could have a positive impact on the skin. Coffee is also a good source of antioxidants, which can reduce inflammation and potentially reduce the risk of acne flare-ups.

In a nutshell, coffee has the potential to be good and bad. Confused? Let’s dig deeper into the hard evidence…

What happens in your body when you drink coffee

Coffee is very high in caffeine, which has been known to trigger a stress response in the body, in a sort of chain reaction. Drinking coffee activates the HPA (hypothalamic-pituitary-adrenal) axis, which is known as the central stress response system. The brain releases corticotropin-releasing hormones (CRH), which then trigger the pituitary to release adrenocorticotropin (ACTH). The ACTH then causes the adrenals to release cortisol, which is often referred to as ‘the stress hormone’.

Many people believe that it’s the cortisol which has an impact on acne – but this isn’t entirely true. A study has shown that there’s no difference in cortisol levels between those with and without acne. Indeed, birth control pills increase cortisol levels by up to 100%, but have been known to reduce acne.

Side note: Avoid coffee when stressed

There is one thing to note when we talk about coffee and acne. If you drink coffee while stressed (like many of us do), it can cause a larger increase in acne-causing hormones than there would be for coffee or stress on their own. This can make the acne-causing effects of coffee stronger.

The effect of CRH on acne

An important study has analysed the effects of CRH on acne-prone skin. The study found that CRH boost oil production by speeding up sebocyte growth – sebocytes are the cells that produce oil in the skin, and as you may expect, if they grow faster, they can produce more oil. The researchers also found that CRH increases inflammation in skin cells, and can boost the conversion of androgen precursor hormones to more potent testosterone within the skin. Testosterone has been proven to be closely linked with acne.

The researches also showed that these effects were much stronger on acne-prone skin than on healthy skin.

The study eventually concludes: “[We] have confirmed the presumptions that the CRH system can be involved in the development of lesions of acne vulgaris.” However, it comes with a cautionary note – the data collected as part of the study comes from in-vitro (test tube) studies, and we don’t yet know whether the same happens in living humans.

Coffee could trigger an acne-causing hormonal response in some people

Now let’s look at ACTH. This hormone has been shown to increase androgen levels – especially DHEA (dehydroepiandrosterone). DHEA is a male sex hormone, and a precursor hormone to the more potent testosterone and DHT.

Studies have shown that most people with acne do not have overt hormonal imbalances, and that the hormones that cause acne (testosterone and DHT) are produced within the skin from various precursor hormones (such as DHEA). Check the page about the role of androgens in The Ultimate Guide to Hormonal Acne for more on this.

If ACTH does increase DHEA levels, it would create a plausible link between your cup of morning joe and skin problems.

In one study, women with higher than normal androgen levels were given ACTH. 45% of those suffering from acne showed signs of increased androgen levels. Another study looked at the way women’s hormones responded to ACTH, analysing the way it affected women with and without acne. The scientists found that those with acne had much higher DHEA levels in response to ACTH than women without acne.

So we can safely say that ACTH and DHEAS both have a verifiable link with acne. However, it’s important to mention that not all studies found an increase in DHEAS levels in women with acne. One study found no differences in DHEAS levels between women with and without acne – but those who did have acne had higher levels of other steroid hormones when exposed to ACTH.

But what’s causing the increase androgen production in response to ACTH? Caputo et al found that the increase is likely due to a genetic issue that’s reasonably common among acne patients.

The effect of coffee on insulin

Despite the evidence to show that coffee can trigger certain acne-causing hormones, there are also a number of strong studies to show that regular coffee consumption can have an impact on the body’s insulin sensitivity.

Insulin is the cornerstone hormone in acne, and the reason why low carb and low GI diets reduce acne is because they reduce insulin levels. So anything that mitigates insulin resistance and thus reduces insulin levels, could be helpful in hormonal acne.

One of the most impressive studies included more than 1300 Dutch people over the age of 50. The researchers administered an oral glucose tolerance test (they asked the participants to drink a glass of sickly sweet drink) at the beginning of the study, and another between six and seven years later. Coffee consumption was tracked using food frequency questionnaires distributed to all participants.

Here’s a graph I drew from the study data.

19 out of 22 such studies also yielded similar results, so we can surmise that coffee consumption on a regular basis lowers blood sugar and insulin levels – which is indirectly good for acne.

Should I give up coffee to help my acne?

To summarise, coffee has a somewhat schizophrenic effect on the body when it comes to acne. On one hand, it increases androgens and acne-causing hormones in the body, which can cause or exacerbate existing acne. But on the other hand, coffee consumption is good for your blood sugar and insulin levels, which could have a positive effect on your skin, and reduce the risk of acne flare-ups.

It’s important to note that everyone reacts differently to coffee. Everyone has a completely different hormonal make-up, so it’s almost impossible to tell whether coffee will help or hinder each individual.

If you’re currently a coffee drinker, I suggest cutting it out for 3-4 weeks, just to see what happens. If it has little to no impact on your acne, you can safely say it’s not one of your triggers – but you may just find that giving it up helps to reduce your flare-ups.

In the end, I wouldn’t recommend that people with acne drink coffee – but it’s important to understand that drinking or giving up coffee may not be the magic bullet that many people expect.

7 thoughts on “Coffee Cause Acne? The Schizophrenic Effect of Coffee on the Skin”