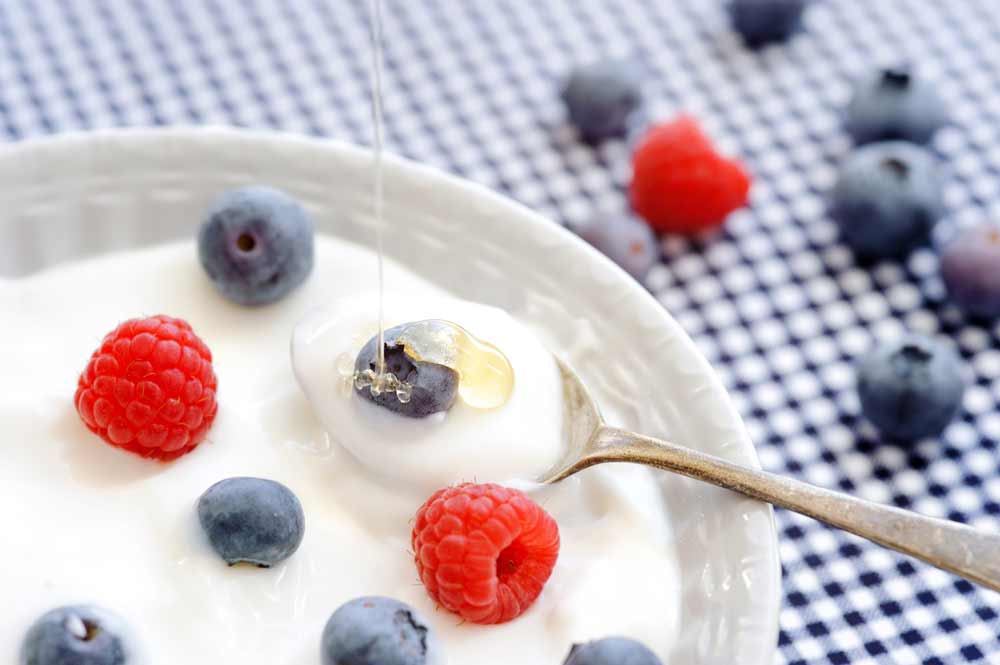 I sense another myth in the making.

The media and natural health websites promote probiotics as the next big thing in acne. They are said to fix the bacterial imbalance in the gut and help with skin problems.

In this post, we’ll do a reality check on probiotics. At the first blush, taking probiotics seems like a reasonable idea. But as with so many things in medicine, initial promise often turns into disappointment.

I’ll share with you 3 little-known, science-based facts you should know before taking probiotics.

The reason you are supposed to take probiotics, they tell you, is because your gut microbiome is imbalanced. The usual explanation is that you have more ‘bad’ bacteria than good bacteria, which leads to gut problems, inflammation, and acne. Taking probiotics is supposed to fix this imbalance.

In 2016, Danish researchers published a systematic review of all the studies that looked at the effect of probiotic supplementation on gut microbiome composition in healthy people. Their conclusion:

This systematic review of the pertinent literature demonstrates a lack of evidence for an impact of probiotics on fecal microbiota composition in healthy adults.

In other words, taking probiotics doesn’t ‘balance’ your gut bacteria.

To be fair, these studies were done on healthy people, and the studies in this review were not rock-solid. So, we cannot conclude from this that probiotics are useless.

I’m not at all surprised by these results. The gut is an ecosystem with thousands of different bacteria, and you won’t find most of the core bacteria that make up the gut microbiota in probiotic supplements. So it’s not surprising that taking probiotics with a handful of different strains has little to no effect on the overall bacterial composition. Taking probiotics has been described as trying to plant corn in a jungle. Inevitably, the existing vegetation overwhelms the little corn plantation.

There’s good evidence to show that acne is often linked to gut problems (more on that below), and at the root of it, there’s usually some form of bacterial imbalance. So one would think that taking probiotics could help.

In her 2015 paper, Dr. Whitney Bowe goes over the relevant studies on probiotics and acne. Unfortunately, there’s not much to write home here. A handful of poor quality studies with a high risk of bias.

Most of these studies show that taking probiotics could have some effect on acne, but I would take that conclusion with a grain of salt. More often than not, small studies with a high risk of bias produce false positive results.

As I said above, taking probiotics for acne is not an obviously foolish idea. It could work. But if probiotics have, at best, a minor effect on the gut microbiome, then I remain skeptical that they would help acne.

People who uncritically promote probiotics often fail to mention that in many cases they make things worse, and even cause acne. Some people with acne have small intestine bacterial overgrowth (SIBO). In SIBO, the ‘good’ bacteria have migrated up to the small intestine. Bacterial fermentation in the small intestine leads to all sorts of problems – acne among them.

The bacteria that grow out of control in the small intestine are often the so-called probiotics, such as Lactobacillus that you’ll find in fermented foods. In such case, taking probiotics just adds to the problem.

I know this from experience. Anytime I take probiotic supplements I get more constipated and wake up with fresh pimples the next morning.

The gut-skin connection is real

Don’t get me wrong. The fact that I was critical of probiotics in this post doesn’t mean the gut-skin connection wouldn’t be real. It is. I just don’t think taking probiotics is the answer.

Already in the 1930s visionary dermatologists Drs. John H. Stokes and Donald M. Pillsbury suggested “a theoretical and practical consideration of a gastrointestinal mechanism for ways in which the skin is influenced by emotional and nervous states.” They noticed that stress and anxiety aggravated acne in their patents, and through anecdotes and research suggested that stress has an adverse effect on gut health, which then shows up on the skin. How could this be possible?

The leaky gut syndrome and endotoxemia

Stress, poor diet, and use of certain medications can affect the type of bacteria living in the gut. Certain drugs and lifestyle choices increase the number of harmful bacteria residing in the gut.

The harmful bacteria contain substances known as lipopolysaccharides (LPS). LPS are toxic substances that cause inflammation and have been linked to many chronic diseases. In large doses, LPS can lead to toxic shock.

The bacteria damage the gut wall, which allows LPS molecules to pass through. In other words, the gut becomes ‘leaky’. Once in circulation, they cause inflammation and cellular damage.

In medical terms, this is called endotoxemia – poisoning from within.

Bacterial imbalance is a symptom – not to root cause

Bacterial imbalance is usually not the root cause of gut problems; rather it’s a symptom of other problems. Some of these underlying causes include:

It’s possible that taking probiotics temporarily relieves symptoms, but it’s unlikely they will fix the problem – as the studies on people with irritable bowel syndrome show.

And that’s the reason why I don’t recommend probiotics. They are a simple, and usually ineffective, answer to a complex problem.

A better way to fix gut problems and acne

Fixing the gut, and any skin problems linked to it, often requires much more than popping a probiotic. A comprehensive program, like the one outlined in Clear for Life, needs to address both the bacterial imbalance and the deeper causes that led to it in the first place.

This is how I rid myself of gut problems and acne linked to them.

I’m not saying probiotics can’t play a role in this, but they are likely to be a small sidekick rather than the leading star.

People with skin problems have much higher rates of gut issues than those with clear skin. These are often rooted in some form of bacterial imbalance in the gut, which weakens the gut lining and allows toxic substances to leak through.

As H. L. Menken said: “For every complex problem there is an answer that is clear, simple, and wrong.” For gut problems, this solution is probiotics.

While probiotics may help in some cases, they are unlikely to live up to their hype.

Bacterial imbalance in the gut is often a symptom than the real cause. Without addressing these deeper causes, taking probiotics is little more than patching symptoms.