Blog » Cause » Demodex Acne Connetion – What Does The Science Say? 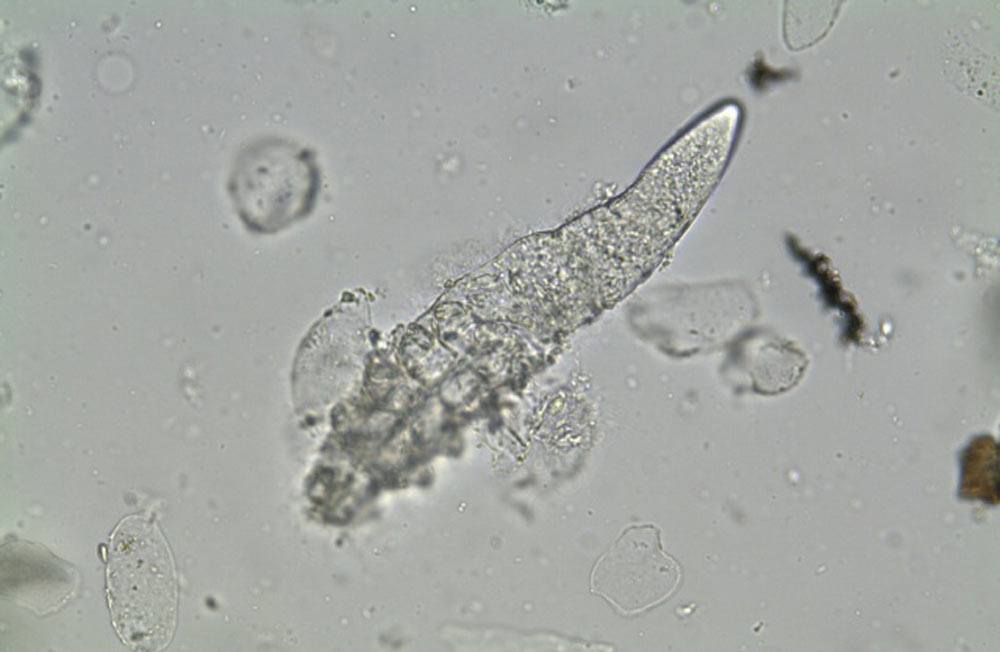 Demodex Acne Connetion – What Does The Science Say?

Demodex Acne Connetion – What Does The Science Say?

These little creepy crawlers eat, sleep and have sex on your skin. Everybody agrees that having mites on your skin is not something you proudly talk at parties. But besides being socially inappropriate, is it possible that Demodex mites also cause acne?

Lot of people think so, and a less than stellar looking alt-med website states that 90% of teenage acne can be blamed on them. As usual rumors and hype run far ahead of science. In this post we’ll look at the science behind this. Is there actually any good evidence to believe these mites can cause acne?

In short, it’s possible. The mites are more common in people with skin problems and there’s some evidence that mite-killing drugs help with psoriasis and acne. But we just don’t have enough evidence to say for sure.

Demodex mites are more common in people with skin problems

The role of Demodex mites in acne is controversial. That said, studies seem to show they are more common in people with skin conditions. They seems especially common in rosacea patients. A systemic review of psoriasis studies showed that a rosacea patient is 7.6 times more likely to have an infestation than a person with healthy skin.

Most of these studies were conducted on Chinese patients, and we can’t say for sure whether the infestation rates are similar in Western people.

I should once again note that correlation doesn’t mean causation. These mites fund sebum especially yummy, and they are often found more commonly in areas of skin with more sebum. Given how acne-prone skin produces almost 3 times more sebum, you would expect these mites to enjoy this buffet.

Even healthy people have them

Demodex infestations are common. Some papers show 40% infestation rates even in people with healthy skin. So having these mites on your skin doesn’t automatically mean anything bad, in fact they are harmless in most people. Just one of the many organisms that live on our bodies.

How it could happen

Studies that look at mite-infested skin show increased inflammation and higher number of immune system “killer” cells around mite-infested follicles. These studies were done on rosacea patients, and I can’t say for sure whether the same happens in acne patients. Nevertheless, it’s a possible way for the mites to trigger acne – basically anything that increases inflammation in the skin can trigger the acne formation process.

Demodex mites can also carry bacteria, and there’s at least one study that suggest it’s the bacteria the mites carry that’s responsible for psoriasis in infested patients.

If you are just eating, you might want to skip this bit. There’s also another way the mites cause problems in the skin. While they apparently don’t poop, they do spill everything inside of them as they die. The immune system reacts to these foreign proteins and initiates inflammation as it cleans up the mess.

So far all of this is a bit of speculation, as there’s really no good research in this area.

There’s some evidence to show that mite-killing drugs can be helpful in psoriasis and acne patients. The problem is that the connection between these mites and skin problems is controversial and many dermatologists don’t take it seriously. Because of this there are only a few, quite poor quality studies to draw from.

One in papulopustular rosacea patients showed that 5% permethrin (mite-killing agent) cream was as effective as standard, topical rosacea treatments. There are also a handful of case reports where unresponsive rosacea patients were successfully treated with mite-killing drugs.

The review paper on Demodx and acne also talks about a Chinese study where 100 acne-like demodicidosis cases where topically treated with essential oils. After 6 weeks of treatment both mite density (number of mites per square inch/cm) and inflammatory lesion counts dropped by 90% and 80% respectively. Unfortunately the study was in Chinese and I have no way to verify this. And I haven’t been able to find any similar studies done on acne patients.

This study brings up an interesting point.

Is it acne or not

It’s possible that people who say Demodex causes their acne don’t actually have acne. Both acne rosacea and papulopustular rosacea actually look quite a bit like acne, and a layperson could easily confuse them.

Of course this matters little when your skin is full of pustules. You don’t care what they are called but to get rid of them.

Tea tree oil to the rescue

Let’s say you suspect these mites are to blame for your skin problems, what can you do about it?

Several drugs can kill these mites and scabies. One is permethrin, which should be available in both prescription and over the counter concentrations.

If you use it, please follow the instructions carefully. To eradicate the mites you have to use the drug for some time. A single application may kill some of the mites, but some are burrowed deeper into the skin. And then there are the eggs. Wiping out this generation doesn’t help you if the next generation is going to born a week from now.

You can also kill the mites with tea tree oil (TTO). As far as I can tell it’s perhaps the best natural treatment. Other essential oils can also work, such as dill weed oil and caraway oil, but tea tree oil is the least irritating.

In one study they treated Demodex in eye lids and lashes with weekly scrubs of 50% tea tree oil and dairy scrub with 5% tea tree shampoo. They note that a weekly application of 50% TTO killed the mites, but they quickly came back. Combination of weekly application of 50% TTO and daily scrub with 5% shampoo eradicated the mites completely in most patients.

So can Demodex mites cause acne? The science says it’s possible. Infestation rates are higher in people skin problems than those with healthy skin, they are especially high in psoriasis patients. These mites can irritate the skin, and that can be a trigger for the acne formation process. Finally, a few studies show improvements in skin conditions with mite-killing drugs.

All of this suggests that Demodex mites can play a role in acne. But we just don’t have enough studies and evidence to say either way for sure. I would treat this as a possible cause, especially if your skin itches a lot. Just remember that you can find these mites even on people with healthy skin, and in most people they are completely harmless.

If you suspect this is a problem for you, you should find permethrin over the counter in many countries. Of you can apply 5% tea tree oil to your skin for a few weeks.

11 thoughts on “Demodex Acne Connetion – What Does The Science Say?”