Are you considering the caveman regimen for acne? Hundreds of people online report to have cleared their skin using this routine. This minimalist approach is now more popular than ever!

Could the topical products you’re using actually be causing the problem you’re trying to solve?

Do you feel like you’ve tried everything and your skin is only getting worse?

Then the caveman regimen can be an appealing option.

The caveman regimen for acne is a low-maintenance and natural skin recovery protocol. The internet is awash with positive reviews and anecdotal reports of acne-clearing success. Unfortunately for many, the caveman regimen was not the solution they’d hoped for. Some find their skin looking worse than ever. So it can be difficult to know if it’s worth the risk…

In this post, I’ll tell you everything you need to know about the caveman regimen for acne. To get started, let’s take a look at exactly what it is.

What is The Caveman Regimen for Acne?

The caveman regimen means doing what early modern humans did for skin care: nothing. It’s a simple approach, you have to prevent any topical product from making contact with your face. Including water.

There are modified water-only versions that have gained popularity. But it’s the original no-water version that has gained the most notoriety. Cavemen and women go without water-washing for at least 30 days.  Then they can reintroduce occasional washing back into their routine. Another 60 days is then recommended to fully test the regimen. Throughout the full 90 days, you’ll be using:

Can I use makeup while on the caveman regimen?

Unfortunately not. Well-chosen makeup products won’t cause acne. But wearing it goes against the caveman ethos – removing all topical products from your routine. If you’re considering the caveman regimen, or the water-only version, you’ll also have to face the world make-up free.

This probably doesn’t sound too appealing. So why is the caveman regimen so popular?

Why the caveman regimen is so popular

As you’re reading this article, there’s a good chance that you’ve already seen many reviews of the caveman regimen on different forums and blogs. But, before accepting this as evidence of the regimen working, let’s consider why it’s so popular.

Not washing your face is easy. It requires no expensive topical products or time commitment. You just sit back and let your skin heal, naturally. It’s no wonder that this is such a popular method. In many ways, it’s an ideal regimen.

Reviews from Acne.org show an overwhelming consensus for its success. Up to 95/153 reviews (at the time of writing) offering a 5/5 star rating. Looking at these reviews, you may be thinking, “This caveman regimen must work”.

However, reviews and anecdotal reports have many issues and are often poor indicators of success (read more about why, here).

Avoiding all commercial products and living more like our ancestors does feel like a return to the healthy natural way of life. Like a step in the right direction.

Unfortunately, when it comes to skincare, our instincts are notoriously unreliable.

So, to really understand the caveman regimen, we need to go beyond popularity and explore the theory. To see if it stands up to scientific scrutiny.

What’s the theory behind the caveman regimen?

The regimen appears to have been born out of the Acne.org forums. Based on numerous acne-clearing, success stories. Today, the most notable proponent of the Caveman Regimen is Tracy Raftl, owner of acne blog, The Love Vitamin.

The theory behind the caveman regimen is quite simple. Acne sufferers have accidentally damaged the protective acid mantle of their skin through years of relentlessly applying topical products.The result is skin that is highly susceptible to irritation, damage and ultimately, acne.

The caveman regimen seeks to counter this damage in a simple way – by doing nothing. By doing nothing you allow your skin’s sebum (oil) production to engage its natural function, and gradually correct imbalances on its own.

Does the caveman regimen really work?

There is no direct evidence to support the caveman regimen as an acne treatment. But we can assess the theory behind it to see how this fits with best practices for acne management.

The caveman regimen proposes topicals have damaged the skin’s acid mantle. In theory, this would make sense. Consider ‘true soap’, for example. True soap is the original topical cleansing agent. It’s a salt bar made of a fatty acid and an alkali, the latter being much more alkaline than the skin’s epidermis.

It is correct that true soap can increase the skin’s PH level. This affects the acid mantle and contributes to fissuring, scaling, and sometimes, low-grade inflammation. But, true soap is rarely used in conventional acne treatments. In fact, the synthetic agents added to commonly used products, such as bar and liquid cleansers, have been shown to actually reduce skin irritation.

There is nothing to suggest that a drastic reduction in facial washing is beneficial for acne. In fact, dermatologists universally recommend twice daily washing for the majority of acne sufferers – as well as the general population.

Finally, it’s important to remember that acne is not a modern phenomenon. There is evidence that Ancient Greeks and Egyptians dealt with acne. As you can imagine, they were much less likely to overload with harsh chemical products.

How can this be explained?

By definition, the caveman regimen does not provide any ‘medicinal’ ingredients to the skin. It only removes irritating ingredients which may cause or aggravate acne. As such, it leaves us with one likely explanation. That the improvement is due to the removal of a specific product which was causing the problems.

This theory is much better supported than the idea that all topical products, along with water, are causing your acne.

Those who benefit from the caveman regimen likely have what I term as ‘irritant acne’. The most common chemical causes of this are the overuse of harsh products or using products that contain high doses of comedogenic ingredients. Both can cause your skin to become:

There are also many reports of people experiencing an initial breakout period when they first start the caveman regimen. From the irritant acne perspective, this initial purging makes sense. During the first few weeks, your skin is both damaged (from whichever products were causing irritant acne), but you have now also lost the benefit of the topical products, which were keeping your acne under control.

Everybody’s skin reacts differently. Yet there are some irritant ingredients which frequently cause adverse reactions for acne sufferers. Here are some of the worst offenders:

Remember, there are also individual differences concerning certain irritant ingredients. For example, benzoyl peroxide is an oxidative agent. It can be highly irritating, particularly when combined with other acne medications. In fact, benzoyl peroxide alone has been shown to deplete over 90% of vitamin E from the skin. Thus leaving it much more vulnerable to oxidative damage. Still, many people greatly benefit from treating their acne with topical benzoyl peroxide.

A particular product may affect you differently depending on two things. The concentration of the active ingredient and the rest of the ingredients used.  Natural ingredients can be much more irritating than synthetic ones. So don’t fall victim to the alternate medicine myths claiming that chemicals are inherently bad.

Alternate Suggestions to the Caveman Regimen

As the caveman regimen offers little in terms of treatment, it is unlikely that most acne sufferers will benefit from the approach.

After all, many of the main drivers behind acne are internal rather than external topical issues. For those reporting success, it’s likely that using nothing was better than using irritating products. In other words, they were dealing with irritant acne.

Avoiding irritant ingredients doesn’t mean you have to stay away from all chemical products, as with the caveman regimen. For many, harsher topical treatments can lead to significant improvements. To reduce your chances of irritant acne, I recommend adding an antioxidant cream, moisturizer or oil into your skin care regimen.

For more information on the use of antioxidants in skincare, you can check out this article.

Here are some product suggestions to get you started.

Pulling it all together

Overall, I can’t recommend the caveman regimen for acne. For many people, there’s a legitimate need for topical products in their routine. Instead of dropping topical skin care altogether, I suggest you identify which ingredients are irritating. Then replace or supplement them with gentle, topical antioxidants.

Have you tried the caveman regimen for acne? Share your experience and opinions with us in the comment section below 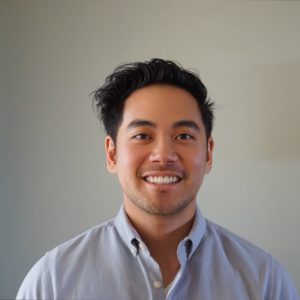 2 thoughts on “Caveman regimen for acne”