Blog » Cause » Candida Causes Acne: What Does The Science Say? 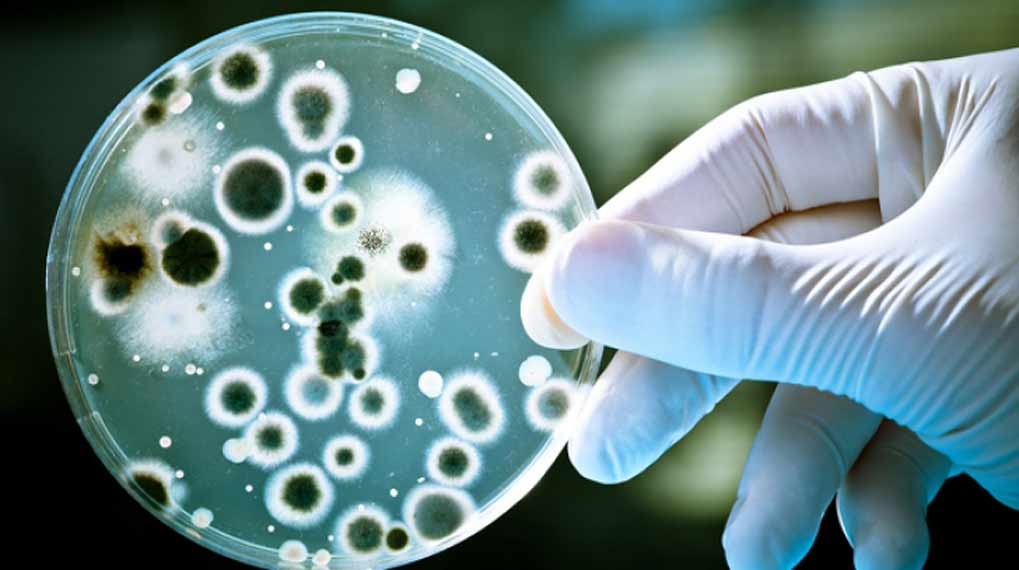 Candida Causes Acne: What Does The Science Say?

Candida Causes Acne: What Does The Science Say?

Should I be concerned about Candida? Can it cause my acne? And if so, what I can do about it. In this post I’ll see what science has to say about these questions.

What is Candida overgrowth syndrome?

Candida is yeast that almost all of carry in the skin and the digestive track. While it’s normally harmless when the opportunity rises it can turn pathogenic. The proponents of the Candida overgrowth syndrome say that under certain conditions it can overwhelm the probiotic bacteria in the gut and take over.

Toxins produces by Candida corrode the gut wall, and this leads to development of leaky gut syndrome. The yeast can then leaks into the bloodstream and spread all over the body. This is called system Candida infection.

The claim goes that Candida, and the toxins it produces, causes a wide range of symptoms. These can include tiredness, skin problems, muscle pain, memory problems, irritability and many, many other things.

Though you see these claims repeated on tens of thousands of health websites, they are unlikely to be true. For the simple reason that most people with systemic Candida infection are dead.

Many alt-med practitioners charge that doctors and skeptics are uneducated and ignorant of the problems Candida causes. This isn’t exactly true. Modern medicine is very familiar with systemic Candida infections, a condition called candidiasis.

Some people claims that a milder, subclinical form of systemic Candida infection exists. Yet others claim that the wide range of problems is caused by Candida toxins leaking out of the gut. Sometimes these are referred as Candida syndrome or hypersensitivity.

Contrary to claims from alt-med practitioners this has been studies. I found two papers that reviewed the relevant studies. Here are conclusions.

The indications most closely linked to Candida colonization are irritable bowel syndrome and certain allergic reactions, although an association has been proven. There is no epidemiological or interventional evidence for the existence of a general and clinically demonstrable Candida hypersensitivity syndrome.

Yeasts in the Gut: From Commensals to Infectious Agents

The role of intestinal colonization by Candida in Candida-associated vulvovaginitis and IgE-mediated disorders remains contradictory. Nevertheless, neither epidemiological nor therapeutic studies provide evidence for the existence of the so-called “Candida-syndrome” or “Candida-hypersensitivity-syndrome”.

So to date we have no good reason to believe any undiagnosed Candida epidemics exist.

There are two ways Candida can cause skin problems.

There’s a clear link between gut and skin health. And we have a good reason to believe Candida overgrowth causes or aggravates gut problems.

Overreaction by the skin immune system

Candida can cause acne and skin problems even in a more direct way. Some studies show that skin patients have stronger inflammatory response against the yeast. It’s like that immune system is primed against Candida and reacts violently when it gets a whiff of it. This initial inflammation can then trigger the acne formation process or aggravate existing acne.

Neither of these points are an absolute proof that Candida causes acne (or other skin conditions). But, I believe, it’s a reason enough to investigate the possibility.

Candida is simple to diagnose and treat

I want to inject a bit of realism here. One problem with natural health discussion of Candida is that they rely on unproven (and essentially useless) self-tests and diagnoses. This can really confuse people.

If you suspect Candida is behind your acne, please talk to your doctors. There are simple and reliable tests for diagnosing it. Sometimes a doctor can even diagnose it visually, but even if not it can be reliably done in a lab.

The point is that there’s nothing fuzzy or ambiguous about Candida. It can be diagnosed and treated quickly and effectively.

It’s still OK to improve your diet and lifestyle

I’ve written about controversial topics on other websites, and experience shows I need to add this preemptive bit. Because sooner or later the true believers will descend here they will draw false conclusions and make straw man arguments. For example, when I pointed out that the spit-test for Candida is dubious (at best), some people accused me of stealing hope from people. How did they reach that conclusion eludes me to this day.

But I digress. None of this means you shouldn’t improve your diet. Many of the diet and lifestyle suggestions Candida proponents make are sensible. It’s a good idea to eat less sugar and carbohydrates for example. But you don’t have to make these changes in the name of treating (probably nonexistent) Candida infection.

You can make these changes because they stabilize blood sugar and lower insulin levels. These things are very good for your skin, and overall health too.

The same can’t be said about the connection between Candida and acne. Candida is more prevalent in people with acne and other skin conditions. It can cause problems in the gut, and thus aggravate acne through the gut-skin axis. Similarly immune system in problem skin may react to Candida too aggressively. This causes local inflammation in the skin and possibly triggers the acne formation process.

If you suspect Candida, there are simple and reliable tests for it. And it can be effectively treated with antifungal medications. There’s no reason to resort to dubious self-tests and unproven and restrictive treatments.

37 thoughts on “Candida Causes Acne: What Does The Science Say?”