Blog » Cause » Study Shows Chocolate May Cause Acne 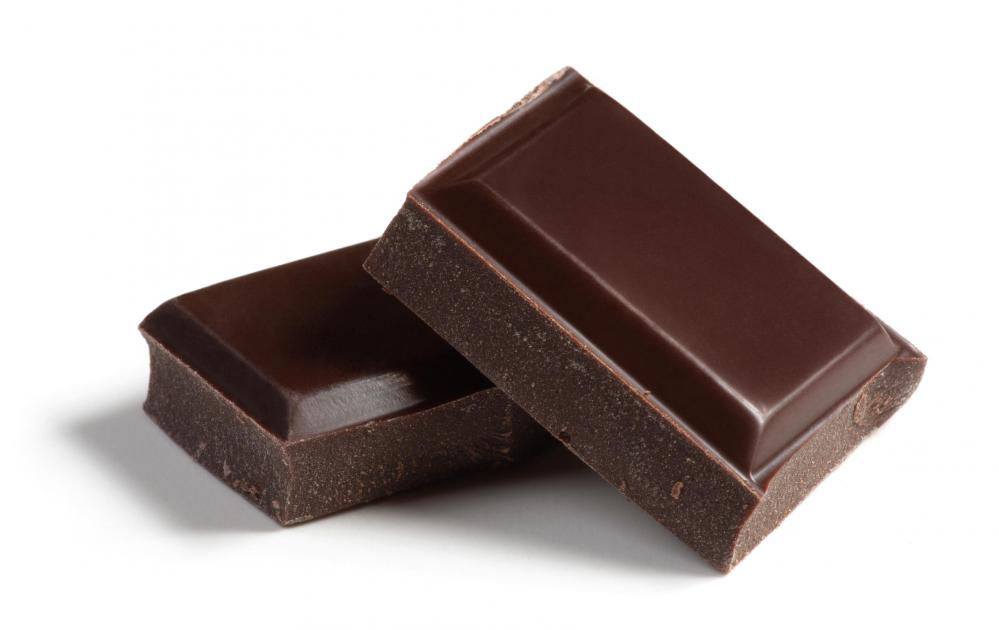 Study Shows Chocolate May Cause Acne

Study Shows Chocolate May Cause Acne

Chocolate has a long history in the acne diet debate. It was subject of the first study that created the ‘diet doesn’t affect acne’ myth. Before that dermatologists frequently prescribed chocolate restriction to acne patients. Now, a small study claiming drastic increase in acne after eating chocolate fuels the controversy.

So could it be? Could chocolate really cause acne? In this post we’ll look at the science behind these questions and hopefully get to the bottom of this.

WedMD in 2011 reports about a small, unpublished study where 10 young men with acne were allowed to eat as much pure chocolate as they wanted, up to a maximum of 3 4-ounce candy bars. The candy bars were pure chocolate, made of 100% cocoa. Before the study they the men had an average of 3 pimples. By 4th day after eating chocolate that figure had jumped to 13. And after a week the men had an average of 18 pimples.

Going from 3 to 18 pimples is dramatic. In fact it’s so dramatic I’m quite skeptical. These results don’t line up with real world reports by acne patients. If chocolate would have such a dramatic impact on acne, forums would be buzzing about this. But stories of chocolate aggravating acne are quite rare in acne forums.

The researchers say they are planning a larger, follow up study, but so far there’s nothing in the published literature.

Prior to this study the only evidence we had were the 2 poor quality studies that started the diet doesn’t cause acne myth. They showed no effect from chocolate, but both studies have been criticized widely and we can’t really draw firm conclusions from them.

The bottom line is that we just don’t know at this point. Most of the available research shows chocolate doesn’t cause acne, but that research is low quality and we can’t draw firm conclusions based on it.

At this point I wouldn’t be too worried about chocolate, but I wouldn’t completely dismiss the possibility. The book Chocolate in Health and Nutrition has a brief chapter on acne. One of the points they make is that chocolate has biologically active substances that may affect acne, such as caffeine.

So how could pure chocolate cause acne? A study published in the Journal of Nutrition in 2003 gives some clues, namely that chocolate can spike insulin levels.

In this study they bought several pairs of food from supermarket, including breakfast cereals, cakes, flavored milk, ice cream, pudding and chocolate bars. For each pair they chose a food flavored with chocolate (cocoa powder) and another food flavored with something else. For example, in the flavored milk category one food was chocolate milk and another was strawberry milk. Aside from flavoring the foods within a pair were very similar. They had similar calorie, sugar, carbohydrate, protein and fat content.

They then fed the foods to the 10 participants. They were interested in difference in blood sugar and insulin responses to the foods within a pair. Let’s say Mary was one of the participants. So the researchers gave Mary chocolate milk one day and strawberry milk in another day, and then compared the how her blood sugar and insulin levels responded.

What they found was pretty interesting. As you would expect, with similar calorie and carbohydrate content both foods triggered similar increase in blood sugar levels.

The researchers couldn’t say what it was in chocolate that caused this excessive insulin response, but it’s probably some of the amino-acids.

And just that I thought I found a clever explanation for chocolate causing acne, science blows over my shaky card-house.

There’s quite a bit of research interest in cocoa as a way to prevent and protect against heart disease. Those studies have shown chocolate can reduce insulin resistance. In one study the participants were given 100g of either flavonoid-rich dark chocolate or white chocolate (presumed to be flavonoid free) for 15 days. After 15 days their blood sugar levels and insulin resistance were measured using the oral glucose tolerance test – basically you drink a glass of sugar water and your blood sugar and insulin levels are measured several times over the next 2 hours.

But please don’t go running into supermarket to get your dark chocolate fix quite yet. This was not a blinded study. And if the history of science is clear on something, it’s on the fact that open-label (unblinded) studies produce overtly optimistic results. I can say with confidence that cocoa will not be a miracle cure for diabetes or insulin resistance.

So while we should take these results with a grain of salt, we shouldn’t dismiss them. Cocoa is rich in antioxidants and flavonoids, and studies on other flavonoid-rich foods have also shown improvements in insulin resistance. So it’s certainly plausible that cocoa reduces insulin resistance.

Making sense of chocolate and insulin

Of course there are other ways to get these antioxidants. I’ve written lot about antioxidant potential of green tea and two posts about how to boost it: here and here.

If you want to try your luck with chocolate, do remember to go for dark chocolate with little to no added sugar. Don’t fool yourself thinking that any old chocolate bar will be ‘good for your insulin levels and acne’.

So does chocolate cause acne or not? At this point I would say probably not. The best studies available show no relationship between chocolate and acne. The one unpublished study showing dramatic increase in acne after eating chocolate doesn’t line up with real world results. If chocolate would have such a negative effect on acne we would see it talked in every acne forum. But so far the stories of chocolate causing acne are fairly rare.

It’s not totally implausible thought. Chocolate can increase insulin levels. Some people may have an allergic reaction to chocolate that shows up on the skin. Finally, some people may react negatively to caffeine or other bioactive substances in cocoa. But I would say these cases are the minority and there’s no reason to ditch the pleasure of occasionally indulging with dark chocolate.

13 thoughts on “Study Shows Chocolate May Cause Acne”