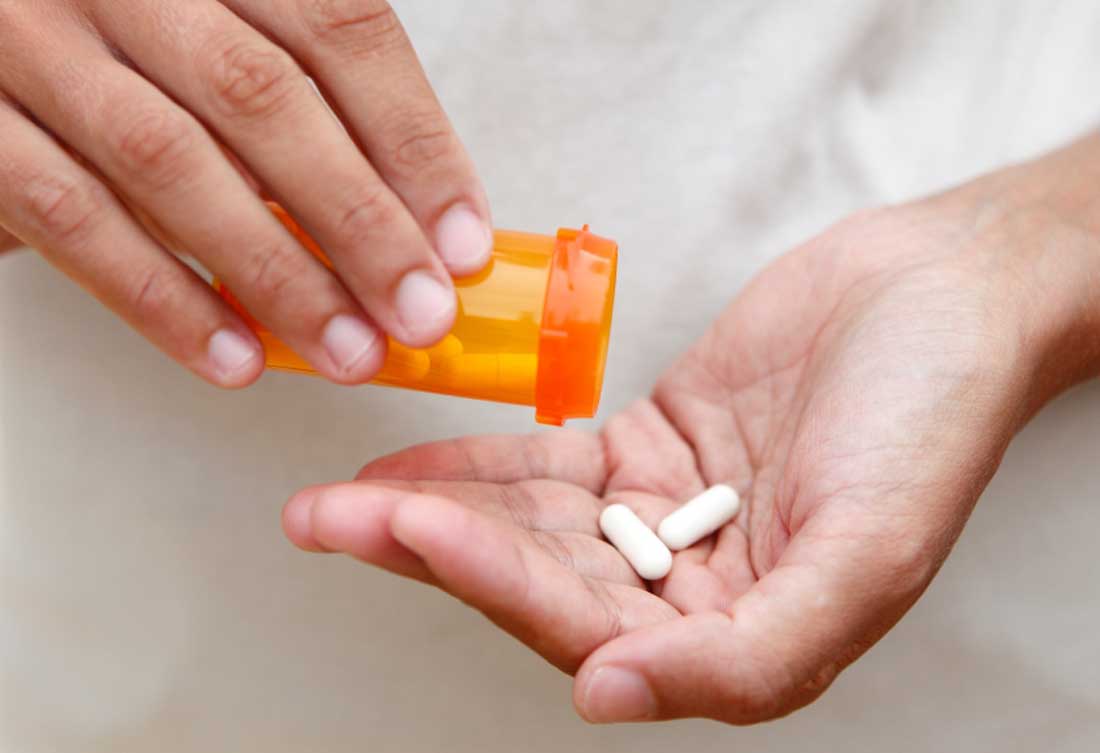 Antibiotics are the first-line treatment for moderate to severe acne. And most acne patients walk out from dermatologist’s office with a prescription for course of oral antibiotics. Doctors prescribe and we take them assuming they are safe and without a second thought. While antibiotics are generally safe, there’s now good reason to believe they may make you more prone to future acne breakouts.

In this post I’m going to call into question the use of oral antibiotics in treating acne. For two reasons. They don’t really work, and they carry long-term consequences that may harm your skin.

Do antibiotics really work for acne?

Obviously antibiotics work short-term. Nobody doubts that. The real question is what happens after you finish the treatment. Acne forums are filled with posts complaining how acne came roaring back  after the treatment stopped.

Anecdotal evidence is horribly unreliable, so I wanted to see what studies say on this. I looked for studies on recurrence or relapse rates after oral antibiotic therapy. Given how often they are used I was quite shocked that this was the best I could find:

In a study of women over the age of 25 with persistent AV [acne vulgaris], approximately 82 percent failed therapy with multiple courses of antibiotics and 32 percent had relapsed after treatment with one or more courses of oral isotretinoin.

I couldn’t find any studies on recurrence rates of acne after oral antibiotic therapy. Pretty much all studies just say that patients improved so and so many percentages after so and so many weeks. But nobody seems have bothered to follow up and see what happens after the antibiotic treatment. Because what’s the point if acne comes back a few weeks later?

The one study that even touched this showed massive failure rate (82%) after multiple courses of antibiotics.

So if we ask do antibiotics really work for acne? I don’t know about you, but my answer is flat no. Clear skin for a few weeks is nice, but I want a long-term solution. And that antibiotics ain’t.

Not only are antibiotics a short-term fix, but they can actually cause long-term harm to your skin. This happens because antibiotics kill the beneficial, or probiotic, bacteria from your gut.

The digestive system is colonized by billions and billions of bacteria. The number of bacteria in the gut is estimated to be 10 times larger than the number of cells in your body. These bacteria are often called as gut microflora or microbiota.

As humans we live in a mutually beneficial relationship with the bacteria in the gut. The so-called probiotic bacteria for example assist in digestion of food and creation of certain nutrients. And with every new study the importance of gut microflora in health is becoming more and more evident.

The biggest problem with oral antibiotics is that they cause long-term disturbances in gut microflora. Most antibiotics prescribed for acne are not precision weapons. They indiscriminately kill both harmful and probiotic bacteria.

Exactly what kind of damage they do to gut bacteria varies from person to person. Each of has unique bacterial makeup in the gut. And some strains of bacteria are more resistant to antibiotics than other strains. But what’s clear is that most antibiotics cause at least some damage to the beneficial bacteria in the gut. And the damage is more likely to be extensive than minor – because most probiotic bacteria can’t resist antibiotics.

The damage also depends on the length of the treatment. Common antibiotic treatments for acne run from several weeks to several months. Sometimes patients are also kept on maintenance dose for years.

Suppressing probiotic bacteria opens the door for harmful (pathogenic) bacteria and yeast (such as Candida) to grow in the gut. Harmful bacteria cause damage to the gut wall and lead leaky gut syndrome (medical term: intestinal permeability) and causes small gaps to open between cells in the intestinal barrier. Through these small gaps bacterial toxins and other inflammatory substances can ‘leak’ into the bloodstream. In the gut-skin axis post I explained in detail how this can lead to acne.

Candida albicans in another invader that takes advantage of the opportunity created by antibiotics. Candida can cause further gut damage and cause sensitivity reactions that show up on the skin.

Antibiotic treatment also increases the levels of antibiotic-resistant bacteria in the gut. So it’s possible that the gut microflora never really recovers after long-term antibiotic use. I don’t mean to sound alarmist saying this, and we really don’t know whether minor disturbances have any real health effects.

The point I’m making is that taking antibiotics you set yourself up for getting more acne in the future. At the moment we can’t say how long this effect persists. It may pass in a few weeks or it may linger in some form for years.

The larger message here is not to take antibiotics unless absolutely necessary. If you need them to clear an infection, then by all means take them. But I don’t see any point in taking oral antibiotics for acne. They are a short-term help with potential long-term harm.

Probiotics can mitigate the damage

If antibiotics cause disturbances in the gut flora, then taking probiotics should mitigate the damage. And that’s exactly what studies are showing.

Oral antibiotics are often prescribed for moderate to severe. For the following reasons I don’t think it’s very smart:

Moral of the story: don’t take antibiotics unless you absolutely necessary. They are a flash in the pan that burns your fingers.