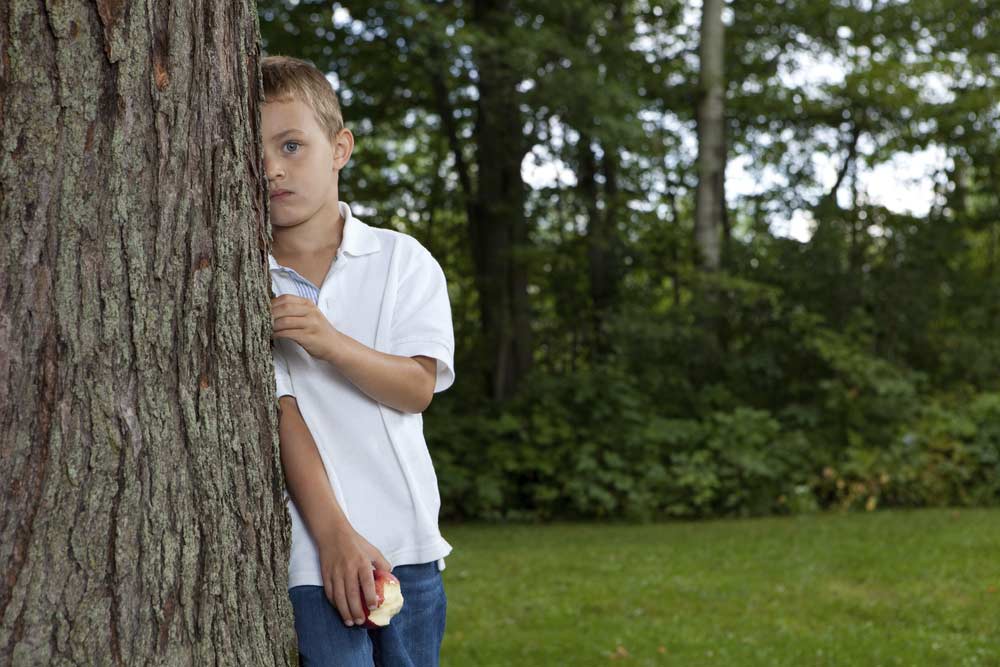 Abolish Acne Anxiety With This Weird Theory Of Emotion

Abolish Acne Anxiety With This Weird Theory Of Emotion

You know the feeling, the uncomfortable jittery thing in your chest. You get it when you are outside and feel like people are looking at your skin. Sometimes when you even think about going out. Sometimes it’s so bad that you stop at the front door, close it and go back to your room. It’s called anxiety, and it comes with acne.

Luckily for you, experiments done by a renegade psychologist at the end of the 19th century turned the conventional wisdom on emotions upside down. And we can use these results to give anxiety a swift kick on the butt, freeing you to live your life.

All the credit for this post goes to Richard Wiseman and his latest book Rip It Up. I’m shamelessly borrowing from the book. And I highly recommend you to buy and read the book.

Conventional view of emotions – upside down

In “Rip It Up” Wiseman argues that, when it comes to emotions we’ve put the cart before the horse. Both common sense and conventional wisdom state that behavior follows emotion. That is, you feel anxious and that causes jittery behavior. Or that being happy causes you to smile.

This conventional wisdom also says that behavior follows thoughts. Following this many self-help books claim that you can improve yourself by thinking ‘better’ thoughts. Want to be confident? Just think positively about yourself.

Some people believe this conventional theory of emotion is upside down. The first one to propose this was psychologist William James, over 100 years ago. James stated that emotions follow behavior, or that you feel happy because you are smiling. Modern psychology agrees that behavior causes emotion, but it’s now believed that it’s more of a two way street. So that you smile because you are happy, but you also become happier because you smile.

This upside down theory of emotions feels weird at the first blush. That said, it’s been proven in several experiments, some of which you can try at home.

This As If principle is not limited to faking facial expressions. Singing and dancing are incompatible with negative emotions, except if you find yourself among the audience in a karaoke bar. Several studies have found that singing makes people happier. Same goes for dancing. Similarly walking with a ‘spring in your step’ makes you feel happier.

But there’s also a dark side to this As If theory, it predicts that limited mobility and facial expressions limits emotional experiences.

While the experiments I’ve described so far don’t conclusively prove that James’ theory , I hope they are enough for you to open your mind to it.

Before we start talking about anxiety we have to talk psychologist Stanley Schachter and how he included body sensations to this As If theory of emotion.

Let’s start with how the conventional wisdom sees things and contrast it to the As If theory.

The key difference here is that the conventional wisdom sees body sensations (sweating, stomach lurching) as responses to emotion, whereas the As If theory says it’s the other way around. Little bit later I’ll explain why this is important.

Schachter created a devious experiment to test the As If theory. Under a clever cover story he gave people adrenaline injections and then asked them to wait in an adjoining room. There was also a research assistant in the room, pretending to be another research subject.

The assistant played two roles, Mr. Happy and Mr. Angry. Mr. Happy was excitedly jumping around the room, doing hula-hoops and other ways behaving as he had the time of his life. Mr. Angry on the other hand became agitated when asked to fill a questionnaire with offending questions, such as inquiring about the number of extramarital affairs his mother had.

This experience shows the role of context in emotions. In both cases the participants had the exact same physical reaction in the body. The adrenaline injection increased heart rate and caused sweating. But given different context, Mr. Angry vs. Mr. Happy, the brain interpreted the reaction differently and produced different emotions. Little bit later we’ll see how this is relevant.

How to boot anxiety out of your life

Now that we finally have enough theoretical understanding, we’ll get to the meat of this post. How to deal with acne anxiety.

Let’s start with how I think anxiety happens.

Here are some simple exercises and tips for diffusing anxiety and helping you to feel relaxed.

The next time you feel signs of anxiety, stop and think about it. Remind yourself that this is just a conditioned response from your body. You’ve been through this thing so many times that your body has been conditioned to respond in a certain way.

Research on panic attack patients shows that just getting them to reinterpret the physical symptoms differently quells panic attack. Studies have found this approach more effective than relaxation therapy or drugs.

Relaxation is the antidote to anxiety, and acting as if you are relaxed helps you to feel relaxed. You need to teach yourself how your body feels when it’s relaxed, and to learn how to relax it on command.

Here are some suggestions:

Here’s also a video that guides you through a progressive muscle relaxation exercise.

It’s really, really important you learn to relax ‘on command’. Because you have to reteach your brain how to behave in anxiety producing situations. When you learn to relax, you can use the skill to diffuse anxiety. As you do it over and over you’ll eventually break the conditioning, freeing yourself from anxiety.

Following the As If principle, change how you behave in anxiety producing situations. Don’t try to hide yourself. Stand confidently, with your back straight and pull your shoulders back. Plaster a fake smile on your face. Don’t examine the patters on the floor, look up.

I know it feels fake. But behaving confidently is not compatible with feeling anxiety, and little by little your emotions will align with your behavior.

Another way to fight anxiety is by controlling our breathing. We usually don’t pay that much attention to how we breathe, unless we are doing physical exercise. We tend to think that it’s an automated process, that is out of our control. But maybe we should change the way we look at breathing?

Breathing affects our mood more than we think, from our stress levels to blood pressure and even our immune functionality. Our breathing pattern sends signals to our body, telling us how to we feel.  It tells us if we are afraid, anxious, nervous or even happy. Different feelings even tend to have different breathing patterns. By paying attention to our breathing, we can control the signals we send out to our body.

But don’t worry, this is something that can be changed. Correct breathing patterns are something we can actively train, and all of us should give it a try since it usually doesn’t come naturally. But especially if you are fighting with negative emotions, you could benefit from auto-controlling your breathing. If you are interested in trying out different breathing techniques, have a look at this thorough breathing guide.

Feeling ashamed of yourself is one of the biggest reasons behind acne anxiety. We tend to feel ashamed by our red pimples and acne scars and many of us prefer to stay inside instead of going out with friends during an irksome breakout. But as we all know, hiding from the problem is usually not the best way to tackle this situation. We’ve written before about the importance of accepting your acne, but here’s also a simple exercise that helps you to accept yourself.

Stand in front of a mirror. Adopt confident posture by straightening your back and pulling your shoulders back. Then smile. I know it’s hard, but do it anyway. After you’ve managed something resembling of a smile, give yourself the thumbs up sign and nod your head (as if agreeing) as you look at your reflection.

Feeling stupid already? Of course you do, but do it anyway. Here’s why. Simone Schnall and James Laird from Clark University found that people remember more positive memories as they smile and stand in a confident posture. Frowning and stooped over posture brings up more negative memories. And you want to see yourself in positive light, hence the confident posture and smile.

Similarly, Jesse Chandler from the University of Michigan asked people to read a short story about a person while either giving the thumbs up sign or with a middle finger raised. Those giving thumbs up found the person in the story far more likable than those giving him the finger. Finally, you are more likely to agree with something if you are nodding at the same time.

So yes, you look stupid while doing this, but I think I’ve given you a good reason to do so.

Conclusion: Fake it and you’ll make it

Anxiety and stress are among the most destructive consequences of acne. They can literally paralyze your spirit, forcing you to watch as your life slips through your fingers.

In this post we looked at an unconventional theory of emotion, and how to use it to diffuse anxiety from your life. This As If theory states that emotions follow behavior. Want to feel happy? Smile. Want to get rid of anxiety? Teach your body how to relax. Lot of research on psychology says it doesn’t have to be much more complicated than that.

The real question is, are you going to try this? Or it’s just too stupid to even try?

I’d love to hear your thought and comments below!