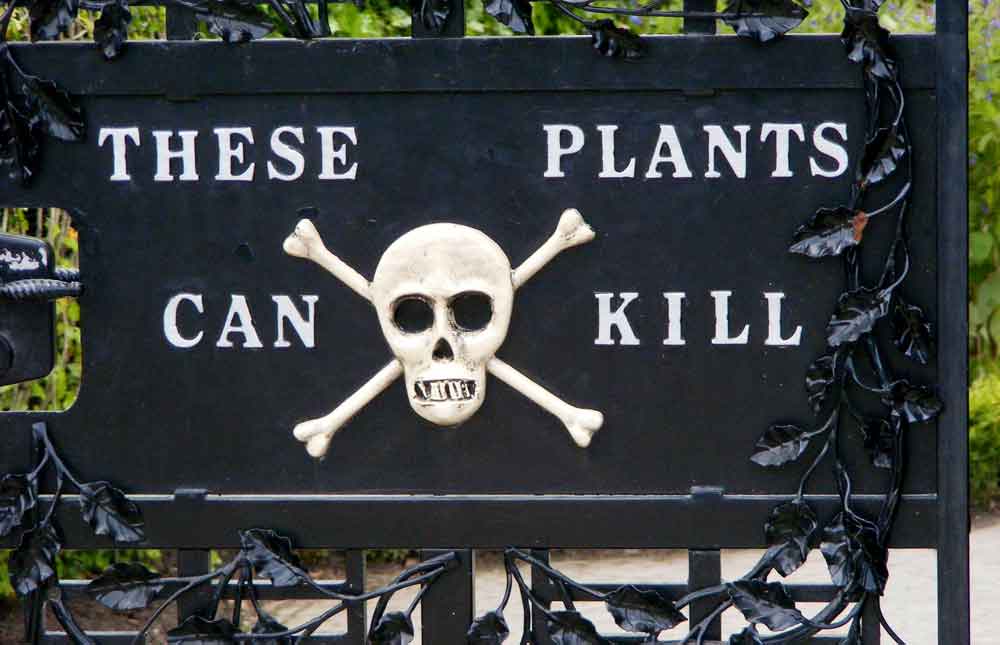 Ideas are like roads. Using roads you can get to places, but in order to get to your destination, you have to choose the correct roads.

The natural and holistic health sphere is a perfect fertilizer for bad ideas. Recently a 16-year old reader got in touch with me. He has been on the road to ‘holistically clear skin’ for about 7 months now. He has seen some results, but just like so many others, has hit the end of the road.

He sent out an SOS for me asking where to go from here. Sadly, his email is a textbook example of bad ideas sprouted in the holistic health community. So I’ll take this opportunity to set straight some misconceptions and hopefully set him (and others like him) on the road to clear skin.

I found your lovely blog through The Love Vitamin and fell in love with it just as I did Tracy’s blog. Anyways, I’m feeling completely stuck so I figured I’d take a shot in the dark and send out an S.O.S. 🙂

Thanks for reaching out. I’ll be happy to guide your further. Your email was very short on practical details of what you eat or how you live your life. So there’s only so much practical guidance I can give you.

You know that feeling of chill going through the spine? I got one of those as I was reading your email.

Please don’t take this the wrong way as I really don’t mean anything bad with this. It’s as if the holistic health community has treated your brain as a garbage bin and filled it with rubbish. False and illogical ideas that make it harder to get clear.

So I’m going to take this opportunity to set straight some of these and hopefully spare you the fate I had to go through. I spent 8 years of my life chasing after alternative and natural health fantasies. Had I known what I know now, I could have saved myself 8 years of living with acne. I’ll also give you practical ideas where ever possible, but with so few details to work on it’s not going to be much.

Finally, I want to say I understand where you are coming from. I know what it feels like when acne makes you desperate. You want, no.. need, to get over it, but at the same time get little to no help from doctors. It’s easy to get sucked into the holistic health world. That’s what happened to me. They promise to put the power back into your hands and show how to finally beat acne out of your life.

While there’s a grain of truth to what they say, it’s buried under a mountain on nonsense.

That’s one of the reasons I started this site. To take a rational, science-based approach to natural treatments. To figure out what really works and to avoid the nonsense found on most other holistic health sites.

With the verbal diarrhea over, let’s get to the meat of the post.

I started my “holistic journey” in July. After attempting to take Minocycline and being unable to deal with the side effects, I learned I needed to change my life – I just didn’t feel that the potentially lethal effects of prescription drugs was worth it.

Holistic and alternative health proponents love to scare people away from conventional medicine, often by making nonsensical claims of the hundreds of thousands of people harmed by doctors and drugs. The argument is wrong because without drugs many of those people wouldn’t be alive to suffer the negative effects. You can’t just point to the risks without also looking at the benefits.

But let’s focus on acne drugs here. Most of them are not dangerous. While I don’t think it is smart to use antibiotics for acne, I wouldn’t say they are dangerous. Though in very rare cases they can have rather annoying side-effects.

Even the dreaded Accutane is fairly safe when used properly. This review of 1743 patients taking Accutane showed only 2 adverse effects, both of which were contraceptive failures. Only 1.4% of the patients stopped treatment because of side-effects. Not exactly the stuff of nightmares, is it?

The Wikipedia article on Isotretinoin shows most serious adverse effects to be very rare, meaning they happen in fewer than 1 in 10’000 patients.

Accutane has been accused of causing depression, suicides and inflammatory bowel disease. And at the moment there are thousands of law suits against Roche (the company making Accutane).

But accusations and law suits don’t prove anything. When these possibilities are studied scientifically, it’s almost always found that Accutane is not the problem. In most cases acne itself causes these problems. You don’t have to be Einstein to figure out that people with acne would be more depressed than people with clear skin. Most studies on the depression-Accutane link show that Accutane treatment reduces depression.

I’m not saying that these drugs are 100% safe. Accutane has many known side-effects, some very serious, and that’s why patients on Accutane need to be monitored.

All medicine comes down to risk vs. benefits. You can’t have a positive effect in the body without potential for harmful side-effects.

This applies to drugs and natural treatments alike. Every year people die from herbal treatments and vitamins. Acupuncturists are known to puncture lungs with their needles and chiropractors to cause strokes and neck injuries.

The sad truth is that holistic health gurus are usually more interested in promoting their own dogma (drugs are dangerous, natural treatments are safe and effective) than helping you. Why else would they point to dramatic but extremely rare side-effects of drugs yet remain silent on the benefits of the said drugs?

I’m all for using natural treatments to get over acne, but I also recognize that they don’t work for everyone and there’s a time and place to use drugs.

Genes don’t matter and diet can heal everything

All in all, it’s [acne] definitely remarkably better. But I just feel as though since I’ve been going at it for almost 7 months, I should be a lot closer. (Although my body has endured quite the amount of abuse, I’ll give it that)

Can I ask you why do you feel like you should be closer? Is it perhaps because?

Eating sugar and junk is not good for you, but I wouldn’t go so far as to call it abuse. Bad diet choices can cause hormonal disturbances and increase inflammation that can show up on your skin, but usually it takes no more than a few months of proper eating for these to reverse.

There’s no reason to believe that you have to endure months and months of cleansing and purification before you can get over acne.

Despite what holistic health proponents claim, genes do matter. They don’t directly cause acne, but they can make your skin more sensitive to hormones and other acne-triggers. There’s nothing we can do about this. No amount of healthy eating or living will change your genes. Quacks like to abuse epigenetics to claim you can change your genes by what you eat and how you think, but they are as wrong as Deepak Chopra is in his frequent abuses of quantum mechanics.

It’s usually possible to reduce acne-causing hormones with diet, but this may not be enough to get clear. Especially since at your age (16) those same hormones are naturally elevated.

All this means is that it’s not possible for everyone to get clear with just natural treatments. And it doesn’t make sense to stress over whatever remaining acne you have.

I understand that you want to get over acne completely, and I’m by no means saying you are doomed to living with acne for the rest of your life. At the same time I also want to say that the more you stress over it, the harder it is to get over it. The stress and misery acne brings up can make it worse.

Fortunately, there are things you can do to reduce the emotional impact of acne. I recommend you check out this book How to Stubbornly Refuse to Make Yourself Miserable About Anything: Yes, Anything (Amazon affiliate link). The techniques taught in that book have been very effective at helping me get over my emotional triggers and issues.

If your diet isn’t working, then you are doing it wrong

All that said, after some trial and error, (and reading multiple books, yours included) I now mostly eat nothing but whole foods. I have green smoothies and teas daily, sometimes twice a day. I’m doing my best to stay low on stress. I workout or do something active daily. I supplement the vitamins I don’t get from my foods. And last but not least, all the external skin care stuff I use is based off of your recommendations.

Continuing on, I’m not sure what else to do. Should I just keep up at what I’m doing and stay positive? Some days I feel great about it all, but other days I could swear I’m making no progress at all.

I don’t know the specifics of your diet, but it seems like you are already doing enough. Trying to improve your diet further probably doesn’t help. It’s just going to isolate you socially and make you miserable.

The holistic folk will probably tell you that you just have to hang in there and that it takes time for your body to ‘detox‘. Or that you have to do better and cut out even more bad foods. Great advice for people striving to get an eating disorder.

It’s of course entirely possible that you have some specific triggers you aren’t aware of. My skin is very sensitive to what happens in my gut. If I eat or do something that upsets my gut I know I’ll get acne a day or two later. It doesn’t matter how perfect my diet otherwise is or what topical treatments I use.

Some other people have such negative reactions to soy, gluten or other foods. If this is the case the only way to get over acne is to figure out the specific trigger and eliminate it from your life.

Again, I don’t know what you actually eat, but I would make sure not to overdo carbs. As a general rule, it’s a good idea to keep carbs at 30 to 40% of total caloric intake.

So what to do in your situation? It’s hard to get to specifics since I know so little of your situation, but here are the main points I can say:

I hope you got something out of the post.