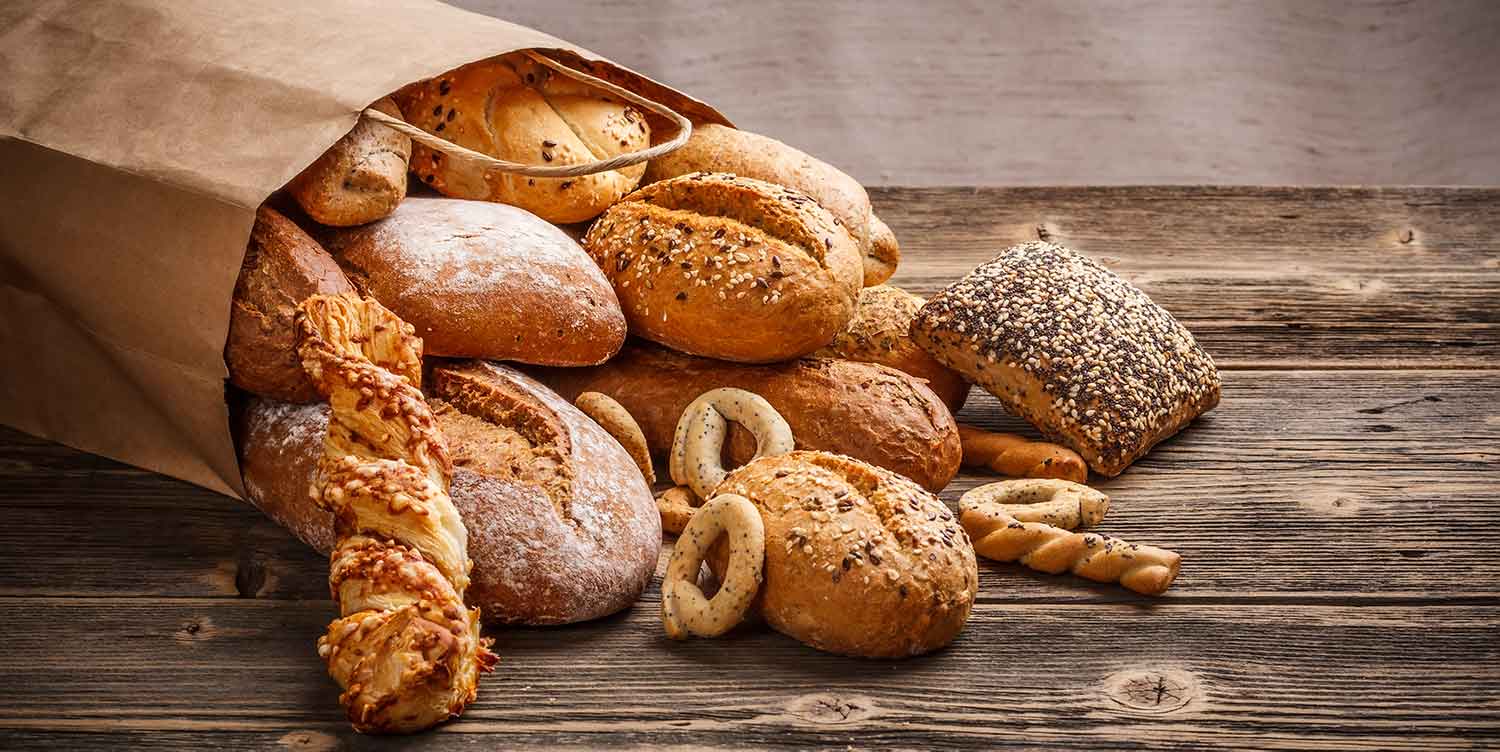 How 10 Day Wheat Binge Wrecked My Gut And Skin

How 10 Day Wheat Binge Wrecked My Gut And Skin

It seems that no good deed goes unpunished. Here’s a little personal anecdote of what happened to me recently. Plus some nerdy data to back it up.

In November my mom was in Thailand for her annual visit to her wayward son. During her visit we rented a condo from one of Thailand’s many seaside resort towns. Us being on holiday and with limited cooking options we ended up eating more foods that don’t need cooking or preparation. Typical breakfast consisted of whole wheat buns, muesli, yogurt and fruits. I ate more buns as snacks. I averaged 3 buns and a bowl or two of muesli per day.

By normal Western standards this is still healthy food. We didn’t eat sugary or junk foods.

Normally, I eat some wheat every now and then. The occasional pizza or a bakery product, but nothing like what I ate during The Binge. In fact, during these 10 days I ate more wheat than I would eat in 3 to 4 months. Eating some wheat every now and then doesn’t cause any problems; no gut upset or breakouts. Knowing that I have some sensitivity to wheat I expected my gut and skin to act up a bit during The Binge. Anyway, I have never thought that wheat would be a big issue for me, given how the occasional indulges don’t cause any problems.

Since my mom went back to Finland I reverted back to my normal diet; very little wheat, moderated carbohydrate consumption, focus on fat and protein, plenty of fruits and vegetables. To my surprise my gut hasn’t recovered. I mean I’ve had ups and downs but by and large I still get much more digestive problems than before The Binge. Not to mention I get persistent mild acne; whereas pre-binge I got occasional mild acne (a few pimples every week or two, depending on how well I followed my own advice).

It seems likely that my wheat binge caused more than transient damage to the gut, which then shows up on my skin. Turns out, there’s fairly good evidence to support this.

So now that my personal anecdote is over let me geek out and show you what I mean.

As a side note I want to say that there’s a reason I don’t share a lot of personal anecdotes and “here’s what happened to me” type of stuff. Acne is a complicated disease and there’s a good chance that what’s relevant to me is not relevant to you.

More importantly, as humans we are very bad observers and relying on personal observations in conditions with many moving parts can be misleading. This happened to me some time back when I proclaimed that SLS in shampoos caused my scalp acne – only to later discover that it had nothing to do with SLS.. I fell for confirmation bias. The tendency of humans to seek out and pay more attention to information that confirms our existing beliefs and ignore anything that challenges them. In other words, we only see what we want to see and remain blissfully ignorant of inconvenient facts.

But back to the business at hand.

Zonulin the molecular link between gluten, inflammation and acne

I’ve written many times about the link between gut and skin problems. I have always thought that gluten likely causes gut problems for some people, but it seems that gluten may have a larger part to play than I assumed.

The gut is a long tube that runs from the stomach to the anus. But calling it a tube doesn’t do justice to the complicated tasks it handles. The gut has to allow water and nutrients to pass through while keeping bacteria and harmful substances out of the body.

One way it does this is by opening and closing tiny gaps between cells in the intestinal wall. These gaps are called tight junctions in medical speak.

In 2000 Dr. Alessio Fasano published a paper describing zonulin, a protein that controls the tight junctions between intestinal cells.

Here’s how Dr. Fasano explains it:

With celiac disease, we could never understand how a big protein like gluten was getting through to the immune system. Now we have the answer,” explains Dr. Fasano. “People with celiac have an increased level of zonulin, which opens the junctions between the cells. In essence, the gateways are stuck open, allowing gluten and other allergens to pass. Once these allergens get into the immune system, they are attacked by the antibodies,” adds Dr. Fasano.

“I believe that zonulin plays a critical role in the modulation of our immune system. For some reason, the zonulin levels go out of whack, and that leads to autoimmune disease,” explains Fasano.

Later work by his research group showed that exposure to intestinal bacterial and gliadin (a component of gluten) are among the most important triggers:

Among the several potential intestinal luminal stimuli that can trigger zonulin release, we identified small intestinal exposure to bacteria or gluten as the two more powerful triggers.

According to other research, this gluten-triggered increase in intestinal permeability does not happen to everyone who consumes gluten. It only occurs in genetically susceptible people.

From leaky gut to acne, depression, and other health problems

In my gut-skin axis post I went over research that showed people with acne (and other skin problems) have higher rates of intestinal permeability and gut problems than people with clear skin. Scientists are still trying to figure out how this leads to acne, but the most likely explanation is leakage of bacterial toxins, live bacteria, and other inflammatory substances. This would increase systemic inflammation and deplete skin-protecting antioxidants. Earlier research showed that the immune system of acne patients reacted more strongly to toxins from gut bacteria (indicating previous exposure).

Disturbances in the gut bacteria, combined with leaky gut, have also been linked to diabetes and are known to trigger blood sugar problems. Insulin, of course, is one of the cornerstones of hormonal acne and reduction in blood sugar and insulin levels often helps people with hormonal-type acne.

Many acne patients suffer from varying degrees of depression. Part of it may be due to acne itself, but there’s also reason to believe that depression and acne are joined at the gut. The so-called inflammatory theory of depression states that inflammatory substances can trigger and worsen depression.

The aim of this article is to present a new hypothesis connecting the inflammatory theory of depression with IgG food hypersensitivity and leaky gut syndrome. This new potential pathway that may mediate the pathogenesis of depression implies the existence of subsequent developmental stages. Overproduction of zonulin triggered, for example, by gliadin through activation of the epidermal growth factor receptor and protease-activated receptor causes loosening of the tight junction barrier and an increase in permeability of the gut wall (“leaky gut”). This results in a process allowing larger molecules that would normally stay in the gut to cross into the bloodstream and in the induction of IgG-dependent food sensitivity. This condition causes an increased immune response and consequently induces the release of proinflammatory cytokines, which in turn may lead to the development of depressive symptoms.

Conclusion and take away

The discovery that gluten triggers zonulin release and contributes to development of leaky gut shows it can cause problems for some people.

The larger point is that gut problems (leaky gut, bacterial imbalances) underlie many different diseases, from skin problems and depression to autoimmune diseases and food allergies. They could be ‘the root cause’ behind many chronic health problems.

Scientifically speaking, none of this is proven. This is still a theory, or hypothesis. But it will take years, probably a decade, for scientists to build enough evidence to prove this. And I don’t know about you, but I’m not planning to wait that long. We have enough evidence to suspect that leaky gut and gut problems are behind many chronic health problems. And, I believe, this is a possibility anyone struggling with chronic, adult acne should take seriously. Even more so considering that treatment options are both affordable and cause little to no side effects.